Discover the hammer prices for recent stamp auction lots, including a rare 1861 Bermuda Postmaster’s Stamp, an iconic Chinese stamp error, and an 1896 essay for a Greek Olympics stamp.

The David Feldman auction house in Geneva is just a few miles from Lausanne, home of the International Olympic Committee headquarters, and so it seemed appropriate that the Switzerland-based auctioneers offered a range of Olympic Games material in a recent sale.

Amongst the stamps, postcards, and covers sent during the Games, was this 1896 hand-painted essay by P.J. Blanc intended for the 10D design. The design features ‘OLYMPIC GAMES’ in Greek, above the portrait of Mercury with ‘HELLAS’ below and ‘DRACHMA . ATHENS’ at the foot of the stamp.

The essay included the artist’s name and date at lower left, and the piece was said to be ‘a unique and highly important essay and a major showpiece of an 1896 Olympics exhibit.’ 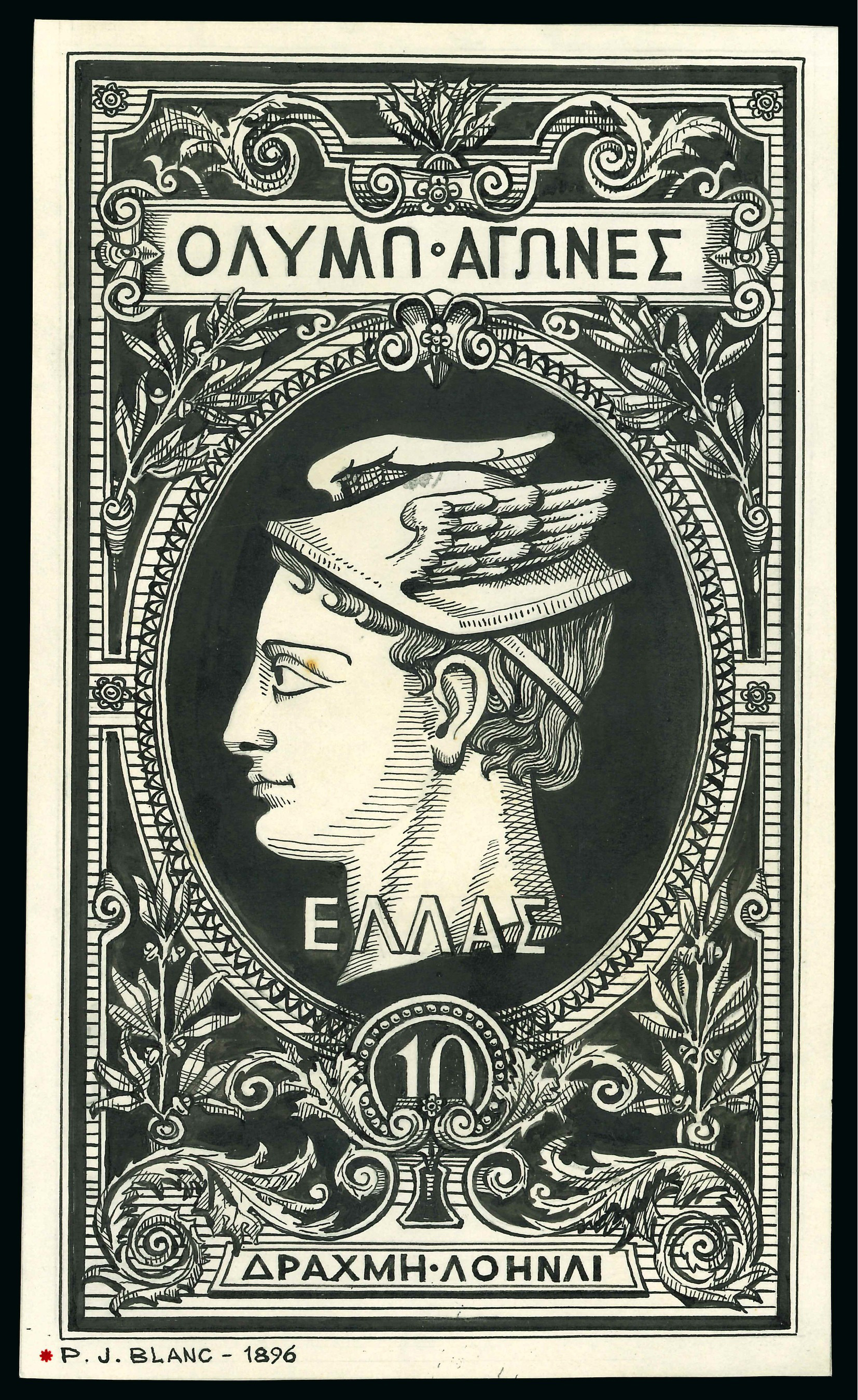 Just one sheet of fifty examples of this 1940 China error, offered by Kelleher & Rogers, are said to have been printed. Featuring an inverted centre, thus showing the portrait of Dr. Sun Yat-sen upside down, the $2 black and blue was printed in New York.

The example on offer featured ‘deep rich colours, pristine white paper from face except for the faintest traces of ageing at top just affecting two perforations’ and was unused with part original gum. 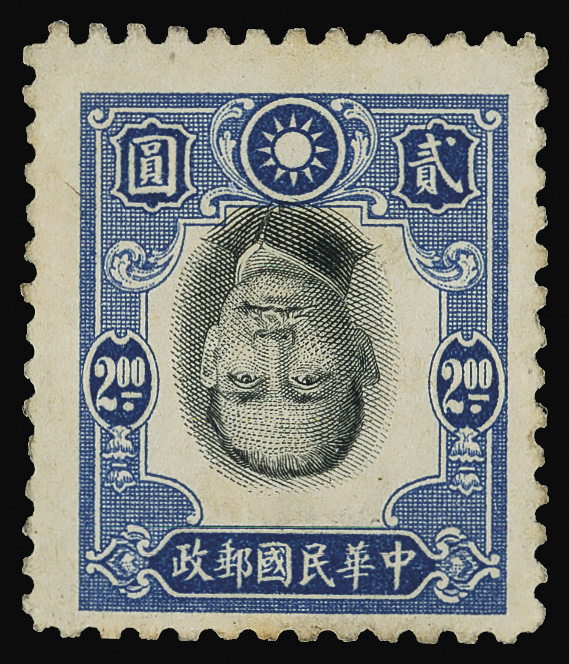 Cavendish recently offered this May 1840 cover to Manchester, which featured a rare Lancaster magenta circular date stamp. The cover was franked with a 1d black with four good to very close margins, which was tied by a double strike of the Maltese Cross in a clear shade of magenta, the same colour as the CDS.

According to the lot description, philatelists Rockoff and Jackson record just two magenta/purple crosses from this office including this example. 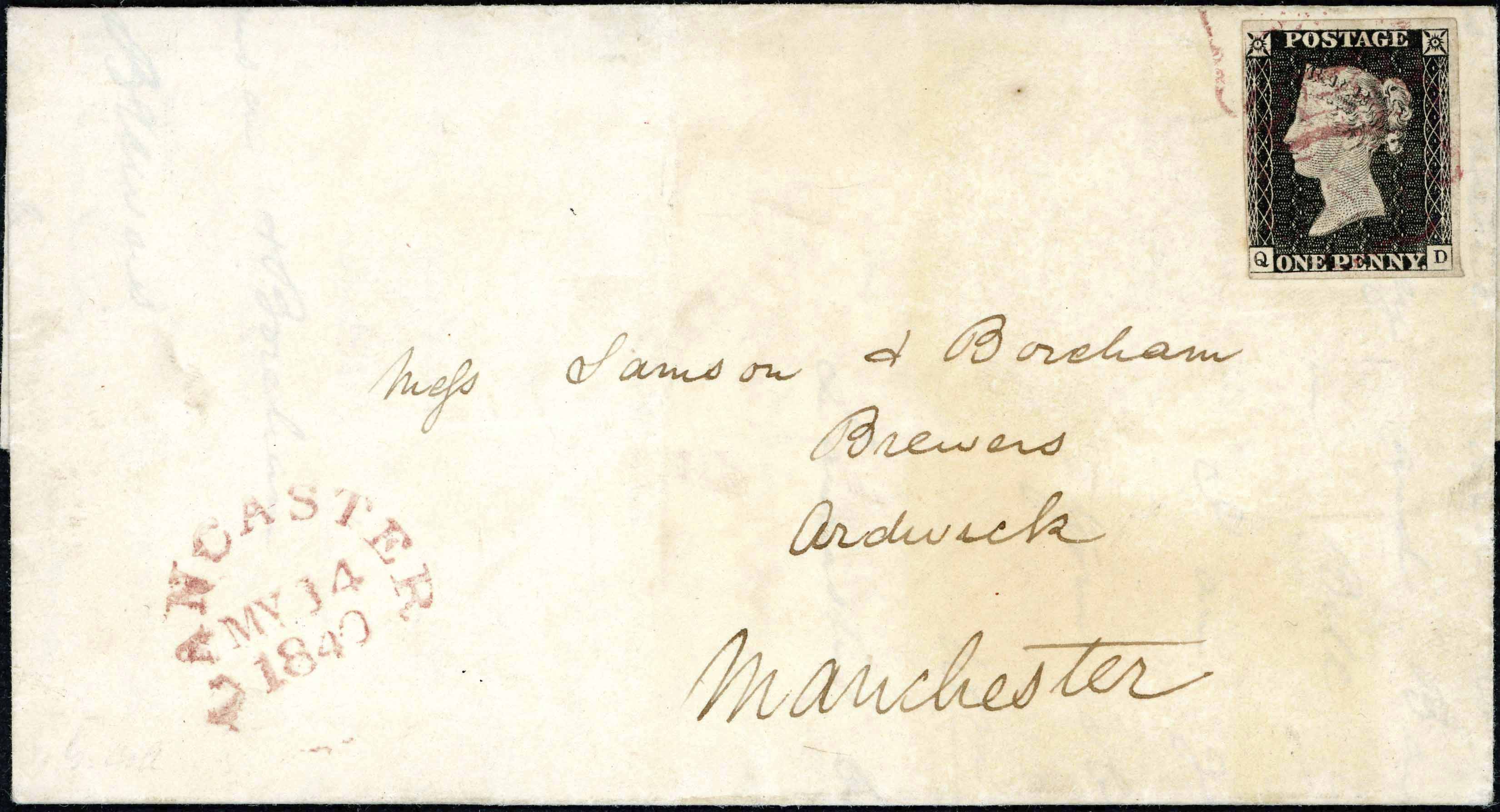 The highlight of the sale was undoubtedly the 1861 Bermuda Postmaster’s Stamp, described as ‘a true world rarity’. The 1d carmine-red was on bluish horizontally laid paper, and featured a ‘crisp rich red strike’, cut square and not obliterated, ‘the faintest trace of a wrinkle mentioned strictly for accuracy’.

The stamp of postmaster W.B. Perot is thought to be the only unique unused example. 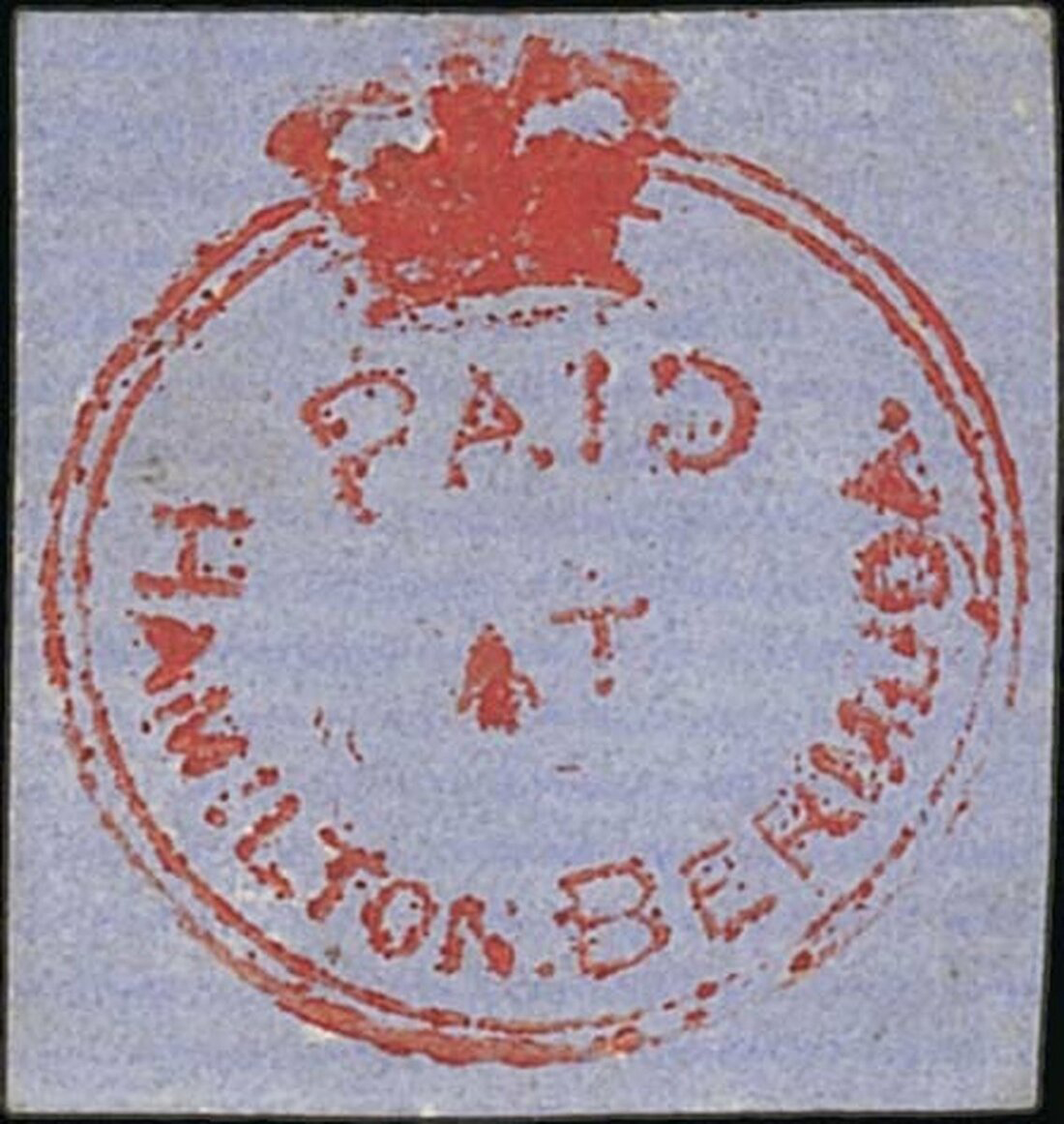