The recent Cherrystone sale featured a wide range of material, from an intriguing San Marino error to a rare cover from Canada to England, with a tragic story to tell. Find out more in our auction results round-up.

The star item in the sale was this cover sent from London, Canada to the Controller of the London Postal Service in London England in 1927.

'This is the cover which was prepared, properly postmarked and not included in the mail bag loaded on the flight. After the scheduled stop at Harbour Grace, on the long stretch to England, the aircraft plunged into the Atlantic Ocean, killing the crew of two. The airplane was never recovered. According to the accompanying 2003 AIEP certificate from Sergio Sismondo "this is, therefore the only surviving cover from the tragic pioneer flight, and is the only used example of "London to London" on cover".

About the doomed flight

In 1927, Carling Breweries offered a $25,000 prize to the first Canadian or British pilot to fly from London, Ontario to London, England. A Stinson SM-1 was christened Sir John Carling and attempted the flight starting August 29, 1927, flown by pilot Terrance Tully and navigator James Medcalf.

The Canadian Postal authorities approved the printing of a special label to be applied to the envelopes which were to be carried on the flight.

Only 100 labels were printed and approximately 87 were affixed to envelopes. The flight had difficulties with fog and returned. It restarted on September 1 and made a landing in Maine, then later in Harbour Grace, Newfoundland. On September 7 the flight set off across the Atlantic, never to be seen again. The special label which was officially approved features portraits of the two aviators. 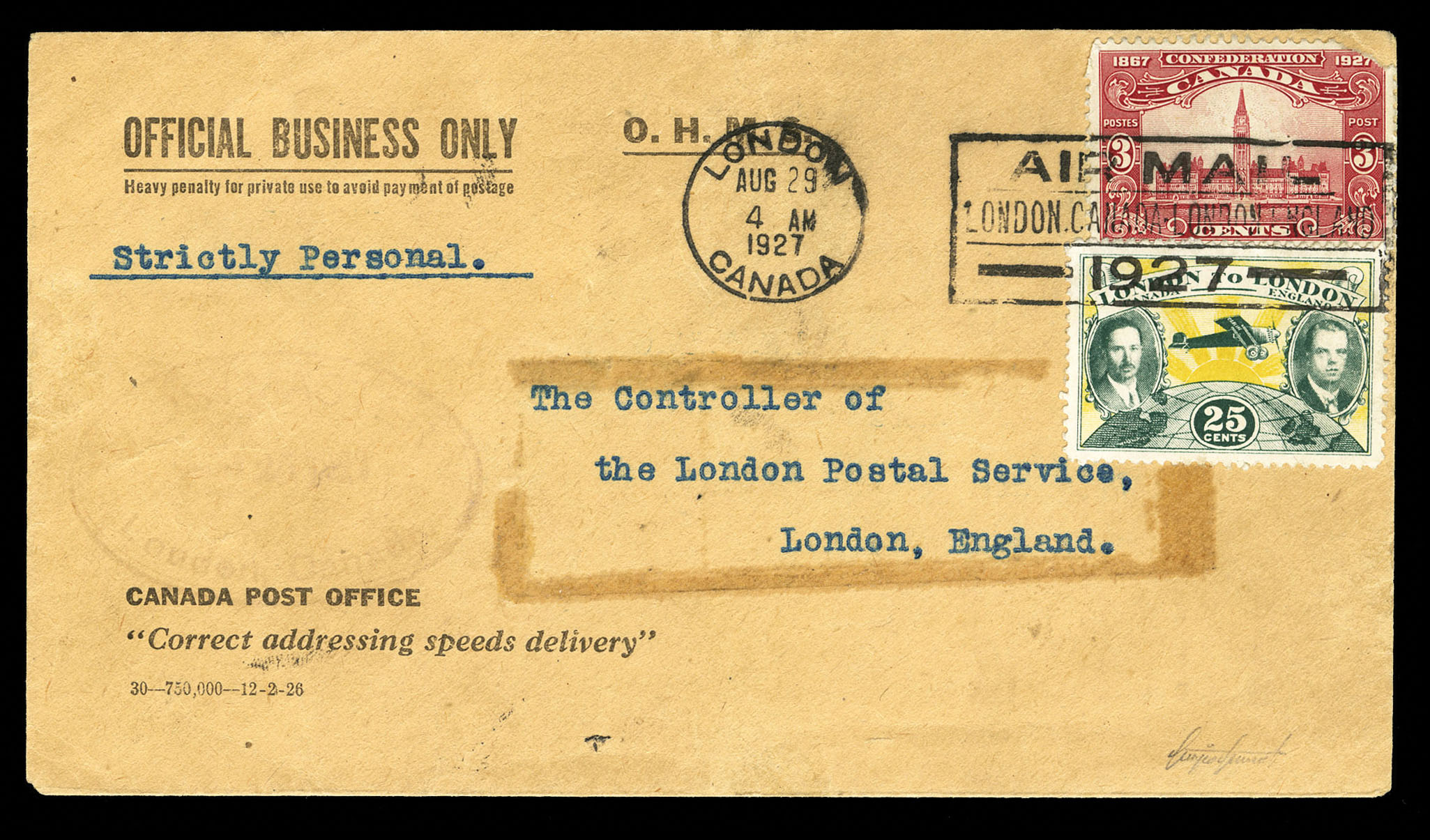 This San Marino 200L stamp from 1965 sold for $7,000 in the sale. The Europa 'Castles on Chessboard' stamp featured the red colour inverted, resulting in three of the red chess pieces being printed upside down and 'falling off' the chessboard. The example was well centred, never hinged. 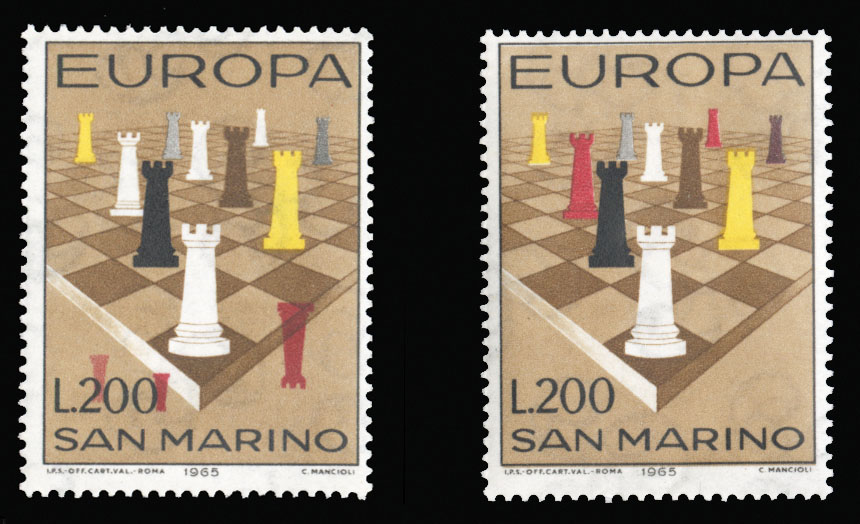 The British Commonwealth section of the sale included a New Zealand 1855 1d dull carmine on white paper, watermarked Large Star, imperforate with even white margins all around. The classic NZ stamp was cancelled and described as a 'fresh and extraordinary stamp'.

Cherrystone is a global leader in Philatelic Auctions, bringing over $30 million worth of stamps and postal history to market yearly.

Our frequently held public auctions feature the widest selection of philatelic material in the world, with a focus on rarity and exceptional quality. Find out more about Cherrystone and preview the latest auction at: www.cherrystoneauctions.com