The cover shown below was recently sold by Christoph Gaertner for £9,579. 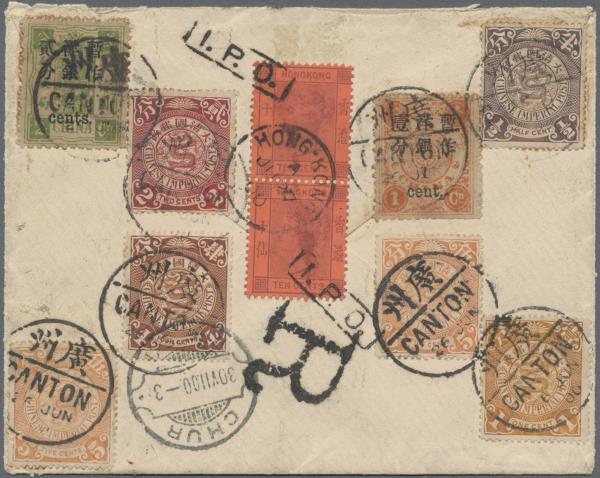 A good example of a used 1878 5ca yellow was recently sold at Corinphila Auctions in Zurich. The stamp was on thin paper, and was described as ‘a superb well centred used example, lightly cancelled in blue.’ 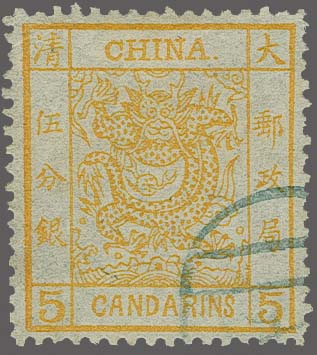 In the same Corinphila Auctions sale, a 1907 Imperial Chinese Railway Administration envelope sent registered to Shanghai fetched 320 Swiss Francs. The cover features a 1c brownish orange and three 2c deep red stamps, tied by ‘SIANGTAN’ chops with a registered cachet at left and reverse with ‘Changsha’ transit (May 16) and ‘Registered / Shanghai’ squared circle of arrival (May 22). 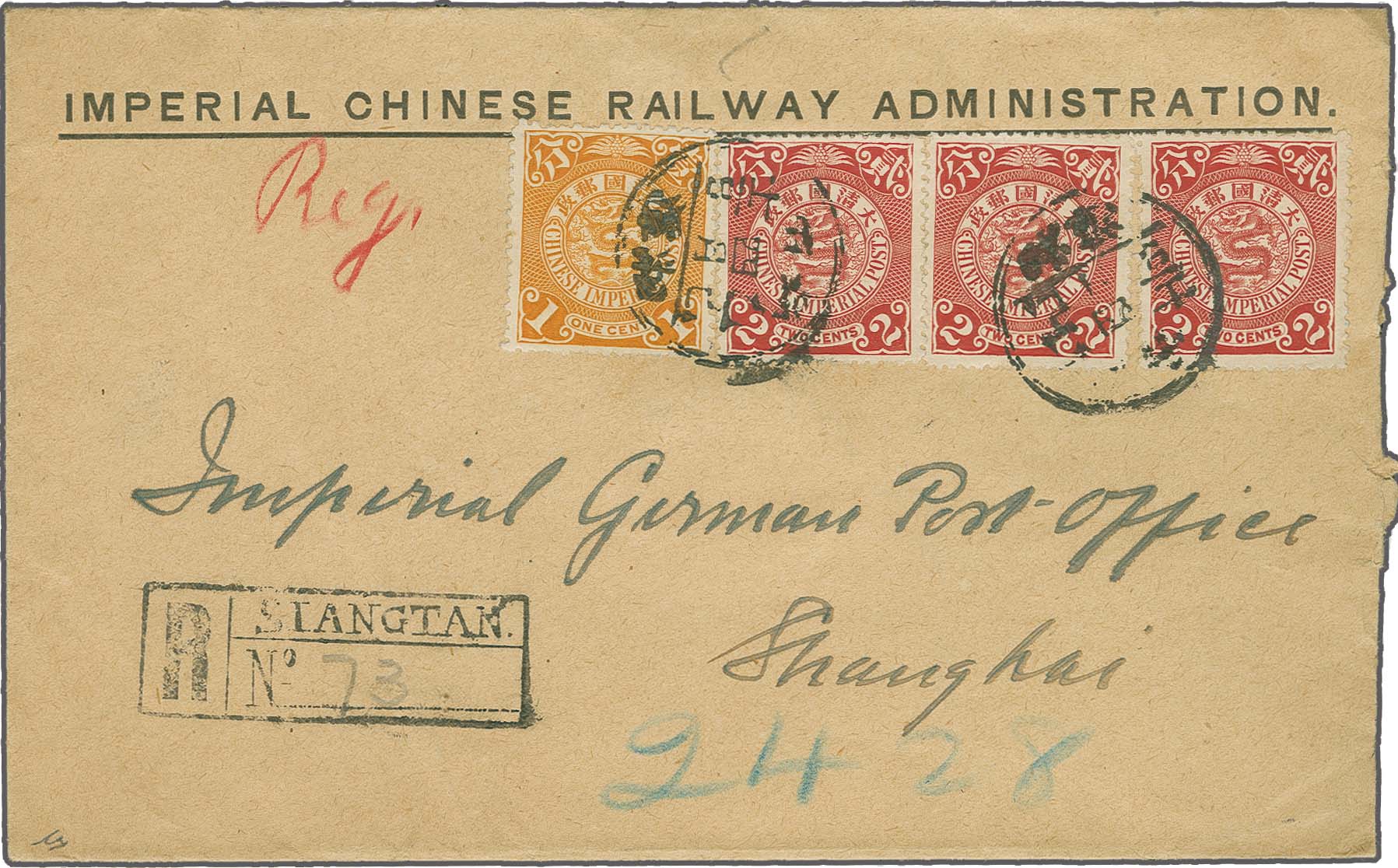 The recent sale of China material at Christoph Gärtner in Germany included a block of twelve 1980 Year of the Monkeystamps, with good corner margins, ‘unfolded between the stamps, in very good condition’. 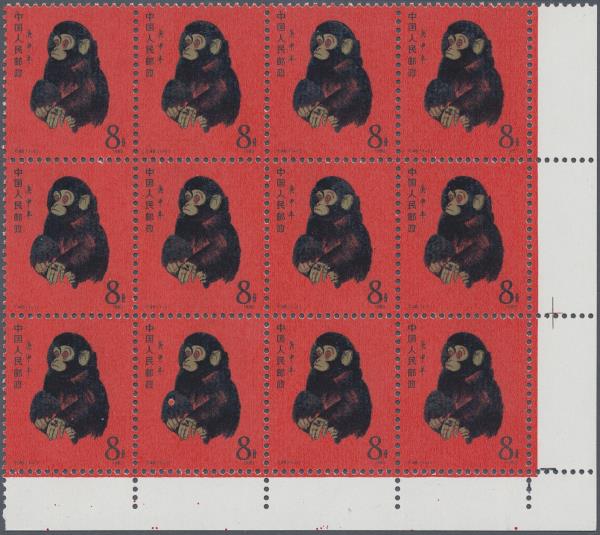 The sale of China material at Christoph Gärtner in Germany also featured an unusual and very rare 5c stamp from the Yanfu District of East China, issued in 1944. SOLD FOR £4,650 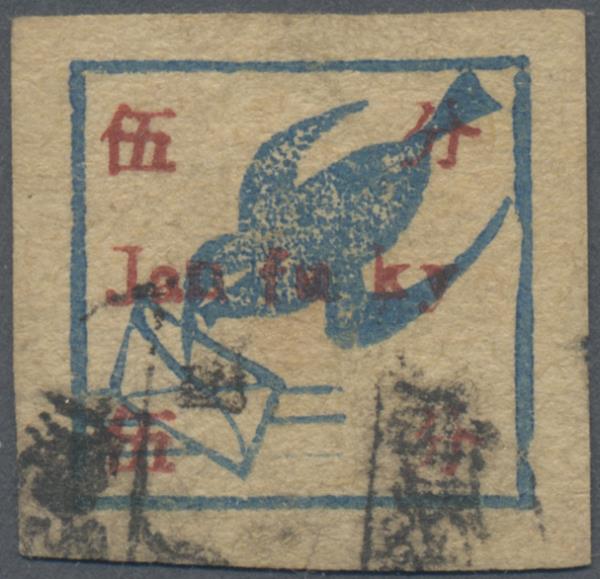