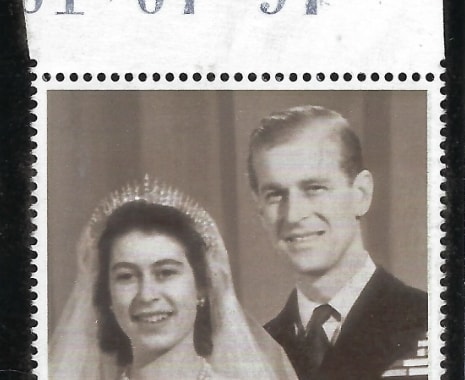 Produced to mark the centenary of Charles Dickens’ death, the four stamps each feature a scene from one of the author’s novels. Yet the expected silver inscriptions, namely Pickwick, Micawber, Copperfield and Oliver, are missing in all cases.

It is one of only two such error mint blocks recorded by Pierron, making it “one of the great rarities of QEII philately”, according to JustCollecting’s Dan Wade.

Last listed on the SG GB Concise Catalogue at a value of £50,000, the lot is estimated at a mere £10,000 - offering a potential 80% discount against catalogue value.

The commemorative stamps were designed by Rosalind Dease, perhaps best known for co-creating the controversial 1965 Battle of Britain stamps, which featured a swastika.

JustCollecting notes the item is a “superb unmounted original gum block of four with silver (inscriptions) omitted and a dry print of greenish blue on the Oliver Twist stamp.”

“The error was caused by the gold frame (and value) stopping at the base of the second stamp.”

Accompanied by a 2010 British Philatelic Association Certificate of Authenticity, this is a superb example of an important British Royalty error.

Also on offer is a scarce Great Britain 1965 3d Post Office Tower-omitted unmounted example. The popular error is estimated at £1,750.

JustCollecting’s Dan Wade comments: “We’ve priced the reserves in this auction to sell. Which means shrewd buyers may be able to pick up sensational lots at bargain prices.”