How to prepare your stamps for sale Experienced stamp dealer and auctioneer, Rick Warren, who is also Vice-Chairman of the Philatelic Traders Society (PTS) provides a comprehensive guide to preparing your stamps for sale.

If you car needs a new headlamp, and you have the work done by a garage mechanic, the bill for the job reflects not just the cost of the bulb, but a charge for the time it takes to do the work. And probably 20 percent VAT on top of that. A bulb retailing at £10, when fitted, can end up costing £100.

A stamp dealer, by contrast, is rarely paid directly for his time. If it took him a day to track down a stamp worth £5, would you expect to have to pay for a day’s time on top of the £5? If you do, you are a rare animal, perhaps the last of an endangered species. 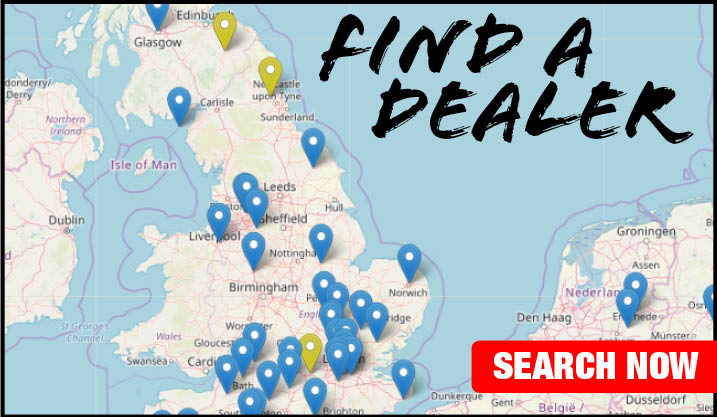 To expand a little on that theme, often I’m told that a visit to our offices is not possible “because it’s too far”. I am then invited to drive the same distance to view the lot at the seller’s house, a round trip that can be 100s of miles - a long way, or a short way, but always exactly the same distance as from him to me. Any suggestion of having to pay something towards my time and travelling, accommodation and subsistence, let alone expertise, would not be well received.

(These things are not uniquely supplied free of charge to stamp dealers by the great god Phil, by the way).

Which is not to plead poverty, or victimisation or any of that stuff - it is the way things are and you learn either to live with it, or to do another job. The point being that stamp professionals get to understand, rapidly, that such costs are only recouped by re-sale profit margins, and crucially, that work time is so precious it is vital not to waste a single moment of it.

Make it easy for the valuer

Time being of the essence, a dealer will value only what he sees, or thinks he has seen. He is unlikely to go through your offering in great detail until after the deal has been done; at that stage he is “adding value” to the purchase, rather than simply adding cost. That’s more than simple word play; one pays the rent, the other doesn’t. Therefore, point him in the right direction. Make sure that not only he sees everything you want him to see, but knows what it is. Work on the principle that whoever looks at your stamps has only a finite time to do so. What can he best do (for you) in an hour, two at the most?

That’s the reason cars are highly polished; that’s why supermarkets use subtle lighting and have in-store bakeries; the combination of visual and olfactory signals is (apparently) an irresistible trigger to shoppers. In the words of my father “the eye sells it.”

A collection neatly set out in a traditional album looks classier than a comparable offering in a stockbook.

It just does - and in consequence generally sells more readily and for a higher price. How much more? Comparing similar offerings in my company’s database, an average price differential in favour of albums of around 5-10 percent seems to be the norm. Plainly that does not apply in all cases, nor can it be guaranteed.

But it can be expected. For here, in large part, we are in the realms of percentage probabilities.

The more tweaks you make to stack the odds in your favour, the more likely it becomes that Lady Luck will smile on you. If a £5,000 collection gets 10% more or less, the difference is then between £4,500 and £5,500. That is £1000 in cash terms, or 22.2 percent between low and high. Whether you think that variation is worth bothering with is, of course, entirely up to you. If you don’t, then read no further!

You have spent many years putting your collection together. You know it intimately. You know how it is arranged, what you bought and where you put it all. Whoever is buying it from you knows precisely none of these things; for him, everything is new and largely surmise and guesswork. Except where you take doubt out of the equation.

Tidy up your collection

As preparation, tidy it all up a bit: main collection(s) here, duplicates there, also-rans somewhere else. Coloured sticky labels help to group things visually: red stickers for this, blue ones for that and green for the third things. Some annotation helps; “1918 chalky papers.” “MCA wmk” or “DLR printing.”

If you know that the left hand page is all CA wmk and the right hand MCA, make it simple for your buyer with a pencil note saying exactly that on the album or stockbook page, or on slip of paper with the stamps. A spot-check of half a dozen positions taken at random is enough to determine whether the rest can be reasonably assumed to be as described. (Makes it a whole lot easier to work on later, too, a point which will not escape attention.)

With a collection in an album it is, moreover, easy to see whether sets are complete, and/or have extra shades and perfs and the like. Even if not written up, they tend broadly to follow catalogue order. Stamps in a stockbook, by contrast, are usually less scientifically arranged, often with the mind-set of getting as many stamps into the book as possible. And they are seldom annotated. The resultant “mixed lot” is harder to assess, especially if the better stamps are well mixed in with the rest (and hiding).

It’s better not to put stamps into packets if you don’t have to; it doubles, trebles, sometimes quadruples the inspection time. If you really must, use ones that are not so small that the stamps are hard to get out (and, for the same reason, never the seal the edges).

Envelopes, of the manila kind, old pay packets and the like are the least user-friendly of all. They are not transparent and you can’t get any idea of what is inside without opening them up and going through them stamp by stamp. Something a buyer may be willing to do, of course. But then again, he may not, especially if there are a large number of them.

With stamps in glassine bags, only the topmost stamp is visible, so that ought to be the one with the highest face value. (Top value on top.) That way anyone going through them sees an accumulation of high value stamps and not a series of low value 1/2d and 1/2c stamps. (Do likewise if you set things out on stockcards or stock pages.)

Does it help to have the collection in a database or on a spreadsheet? Yes, sometimes, though on balance, I’d say don’t bother. Dealers’ offers (almost) never come with a 20-page Excel print out and (trust me on this one) if as a group dealers thought 200gr of printed paper would add even 50p to the final sale price, the rain forests of the world would be in even more danger than they already are.

Information such as a general overview description, mentioning a dozen key items, or a total catalogue value can be useful; however, a catalogue value rapidly becomes fairly meaningless where it includes all the damaged stamps, the ones with fiscal cancels and multiple duplicates of everything cat. £1 or less. A few scans or photocopies of attractive pages make more sense than any text-only computer print out and are enough to give a taste of the rest. Less is more; half a dozen at most.

In conclusion, make the first impression positive by showing the best stuff straight away and well to the fore. The eye sells it. It really does.