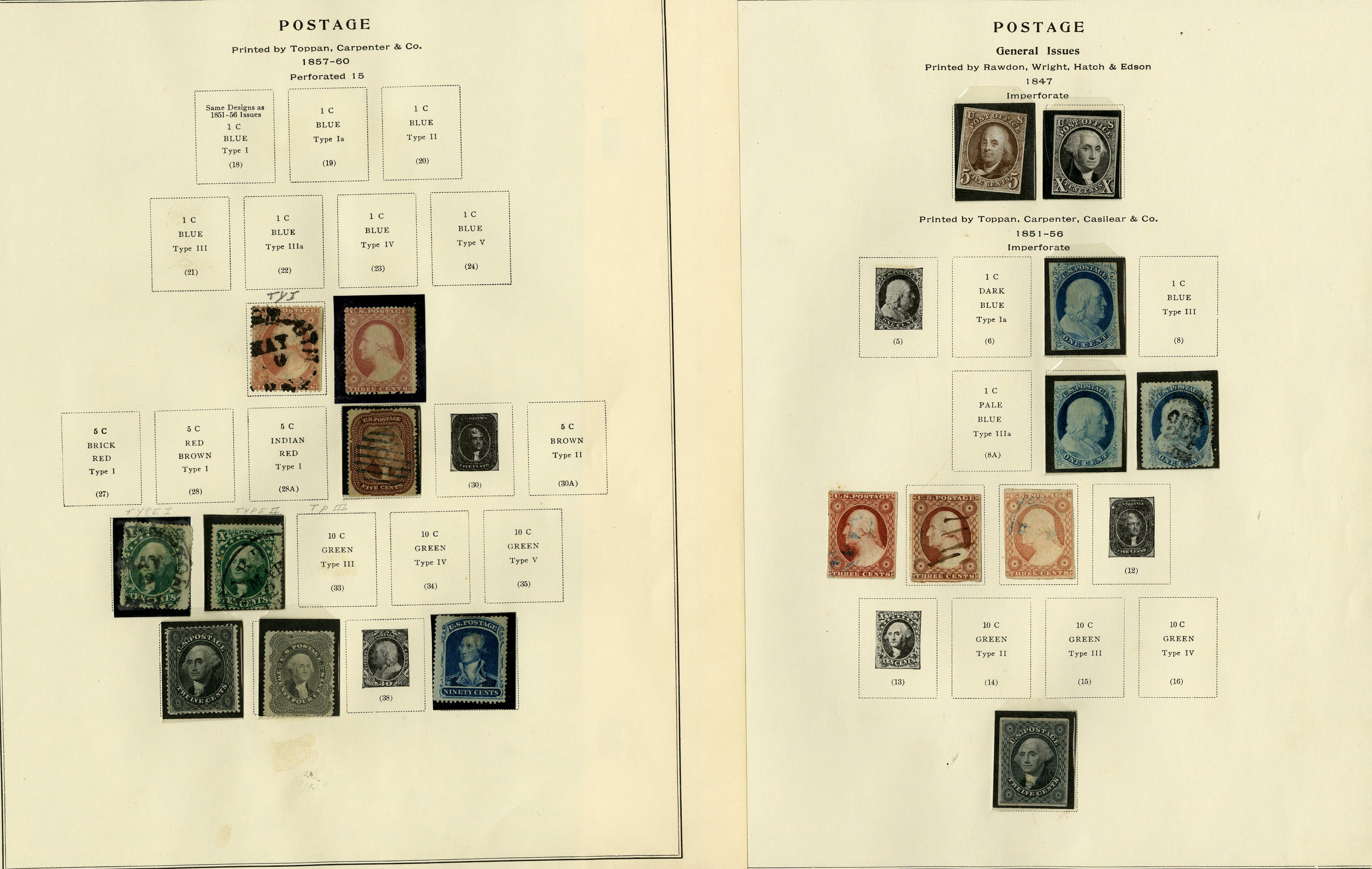 Cherrystone Philatelic Auctions’ recent sale featured the stock of the Broadway Stamp Company, started in 1931 by Max Sage, which was the original USA agency for the 1935 British Commonwealth Silver Jubilee issue. Large collections and accumulations included a 1847-1970 balance of the company’s stock, featuring thousands of used and unused in stock books, albums, balances on pages, lot sheets, glassines, various quantities of singles, and sets; and a 1847-1960 collection in a large Scott album (pictured) which sold for $19,000. 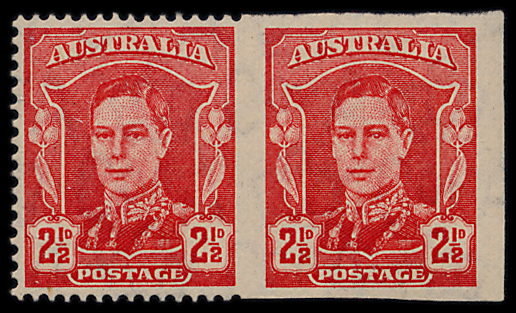 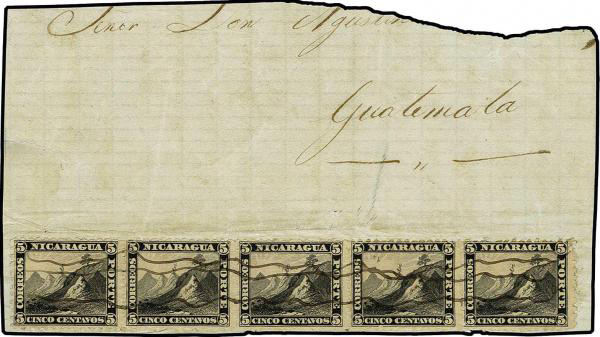 The first part of the Bill Byerley Collection of Nicaragua, described as ‘almost certainly the largest holding of this fascinating country ever to be offered at public auction’, recently went under the hammer at HR Harmer. Highlights included an 1862 5c Black, horizontal strip of five affixed on a partial cover front and cancelled with wavy lines in pen, which was said to be the ‘largest known multiple of this stamp at this present time.’ 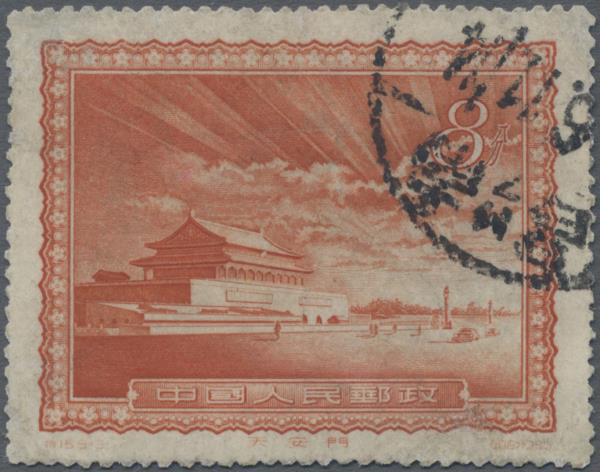 The China material on offer at Christoph Gaertner recently included an unissued ‘Views of Peking’ stamp from 1956, which featured the rare rays of sunlight above the Gate of Heavenly Peace variety. The stamp had been used before the design had been recalled and fetched €29,000 despite having been extensively repaired. According to the lot description ‘faults and repairs of this issue are very common, as most of them were torn carelessly from covers.’

A used and cancelled vertical strip of four 1916, Russian Romanov 7k stamps with ‘10’ overprints, was sold at the recent Christoph Gaertner sale. The high price was achieved thanks to a ‘10’ missing from the left corner of the final stamp. Featuring a ‘... 20.2.17’ circular date stamp, the strip was described as being ‘a most beautiful and rare used variety from late Romanov issues.’ 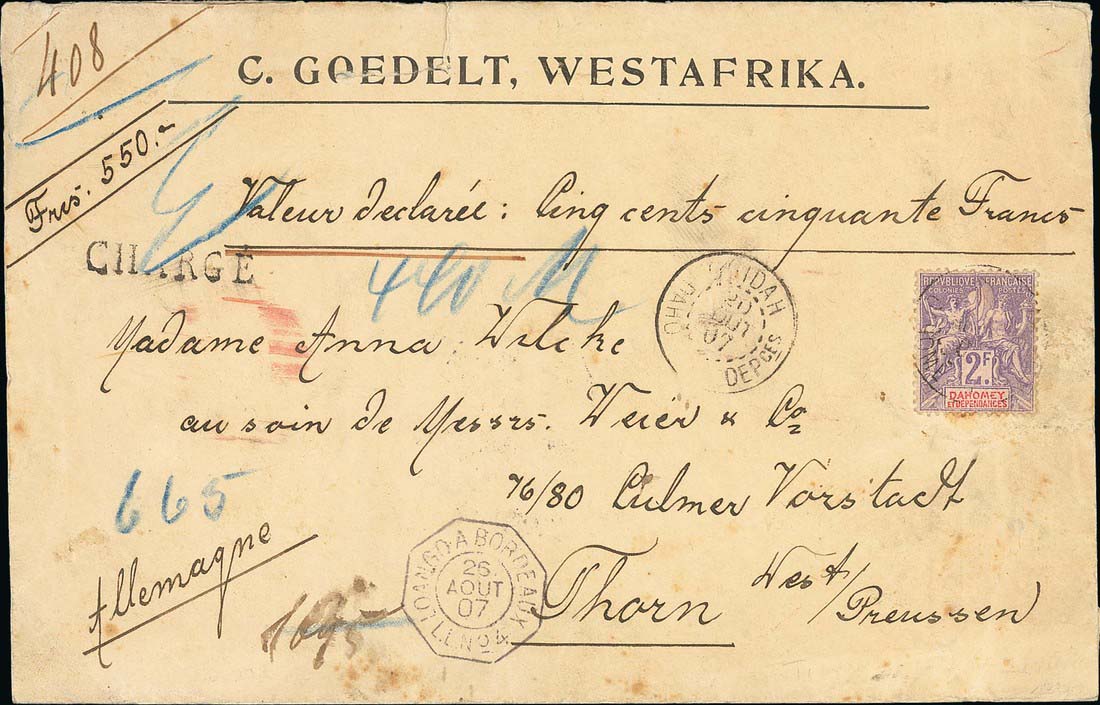 Spink’s French theme continued with the sale of the ‘Dr. Edward Grabowski Postal History Collection of French Colonies’. A cover sent from Dahomey and Dependencies to Prussia in August 1907 acheived a final price of €1,400 and was described as being ‘the only recorded use of the 2f as a single franking’. The cover featured a franked 2f with Ouidah/Dahomey Et Depces dotted circle cancellation and an octagonal Loango a Bordeaux/L.L. No. 4 alongside. 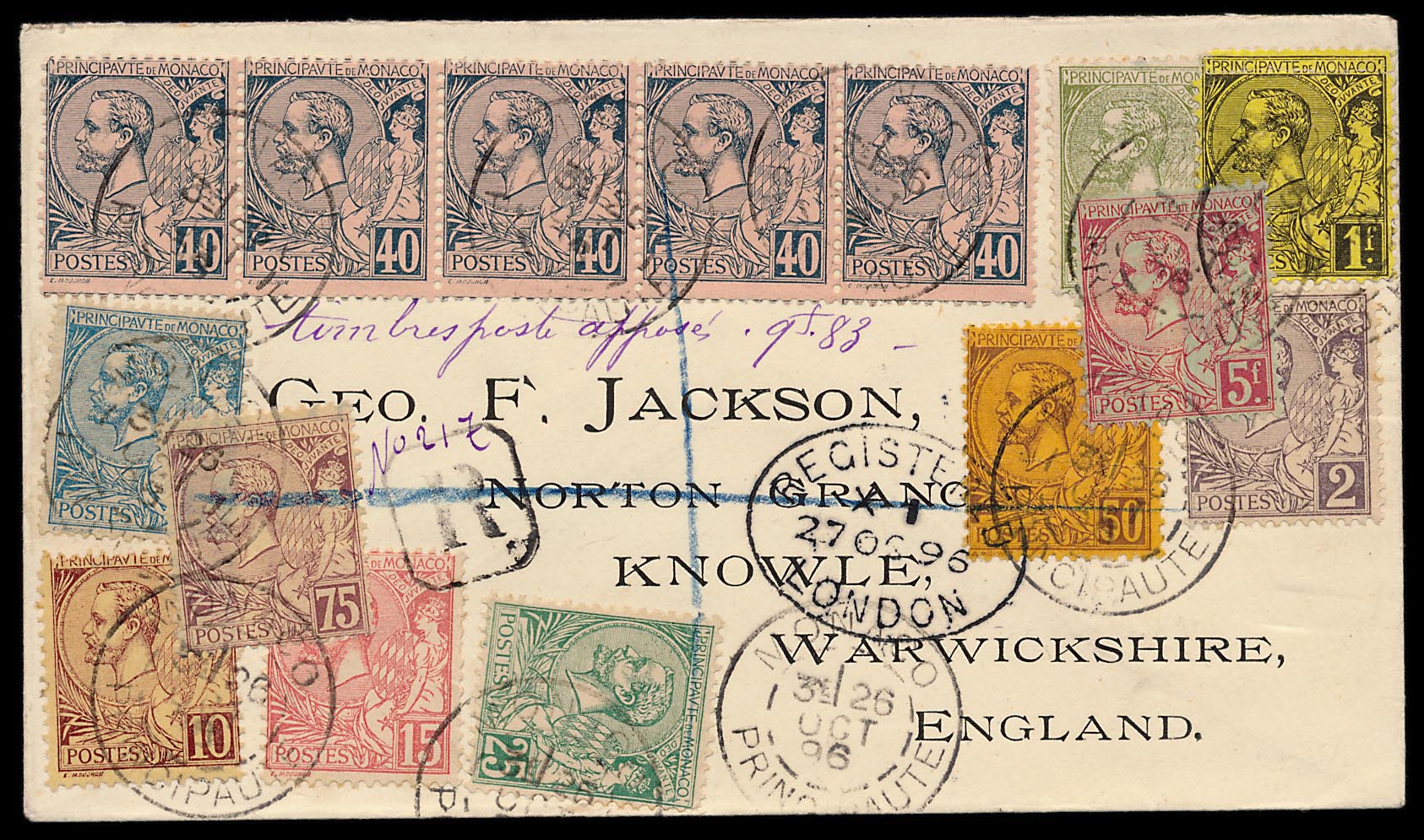 Collections of postal history often sell very well at auction, according to the auctineers at Warwick and Warwick, and a Monaco accumulation including an 1891 cover to Warwickshire with a, probably unique, assembly of Prince Albert stamps to 5f proved popular with bidders.