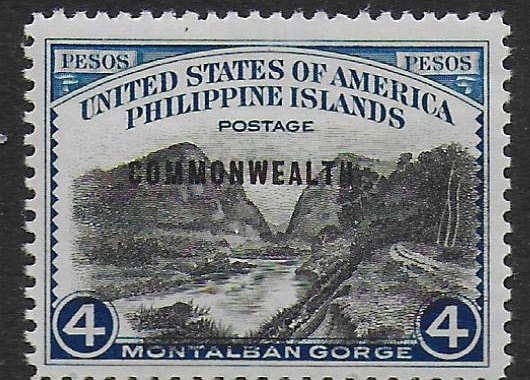 However, there was a second issue of the same overprint in much smaller letters issued in the 1938-40 period. Once again it’s the 4-peso stamp which is the key item in this set as only 6.500 stamps were overprinted.