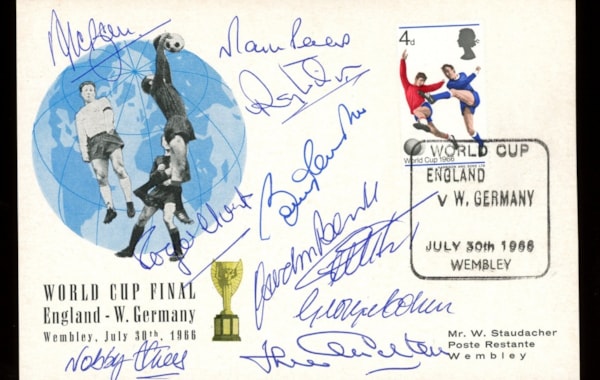 The recent sale at Brian Reeve Stamp Auctions was their first since the coronavirus crisis and saw a variety of rare first day covers go under the hammer.

A spokesperson for the auctioneers said:

‘We were preparing this sale at the end of March when the lockdown was introduced. This was a particularly large sale with a large room full of boxes so it looked as though we had two alternatives – either postponing the sale until customers could come along to view or going ahead as a postal auction with the usual live internet bidding. If we went ahead without any viewing then results would probably have been poor so we thought of videoing the larger lots that could not be illustrated. Fortunately one of our staff was happy to come in and try this.

'It soon became obvious that it needed two people to do the job sensibly so she recruited somebody from her household and together they produced over 500 videos of the albums and box lots. This turned a potential disaster into one of the best sales we have had in 32 years of stamp auctions with a record number of online bidders and a record number of new customers.

'Vendors and buyers were generally delighted with the results and so we have committed to doing the same again for our next sale on 26 August so that every lot has either a video or a picture. The videos will be even better this time as we have learnt through trial and error the first time.’

Lots on offer at the sale included a 1966 World Cup Final England versus West Germany card autographed by ten members of the England team (all except Bobby Moore).