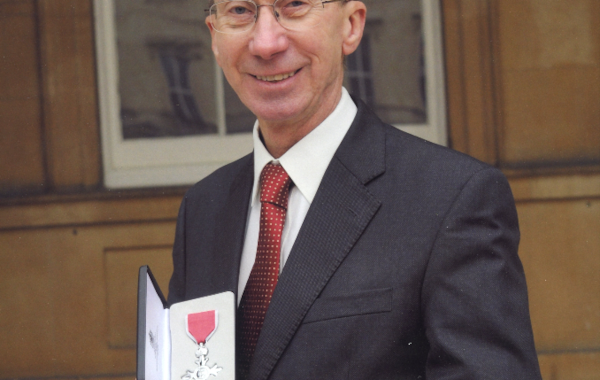 What prompted you to create the monograph?

After many years of development of the Philatelic Collections I came to realise that a lot of information, while published, was available from a diverse range of places. In an effort to bring all of this information together that I decided to compile the Guide, mainly from published sources. It is always of importance to attempt to inform the philatelic world - and beyond - of what is held and how it might be see.

Is this the first time such details of the British Library Philatelic Collections have been published?

One of my first actions when I became Curator of the British Library Philatelic Collections in the early 1980s was to publish a leaflet listing and offering short descriptions of the many Collections held and giving details of how they may be seen. The first such leaflet appeared in 1985 and listed about 35 Collections. Over thirty years later this number had increased to 78 Collections or Archives (some 8,250,000 items) and while websites have been valuable in the propaganda message they do not last, as a matter of record, as opposed to the printed version I have published.

How will the publication help those wanting to research particular stamps and postal history?

I have set out the guide so that researchers may have sufficient information about each Collection to have a good idea about their contents. In addition I have subject indexed the holdings.

In addition, as an appendix to the Guide, I have updated an earlier article ‘Philatelic Research - A Basic Guide’ which is an aid to those contemplating the discovery of new or additional information and its context with a view to publication.

What makes the Philatelic Collections so unique and special?

The British Library’s Philatelic Collections are the world’s largest and most diverse. No one country is seen as of greater significance than another. So while much Great Britain material is held, the scope of the Collections is much larger and worldwide. Just to take some counties with significant material from the first three letters of the alphabet one has a list thus: Afghanistan, Albania, Bulgaria, China, Colombia, Confederate States of America, Czechoslovakia, etc.

Your readers should be reminded that 1,000 frames of material is available at the British Library’s Philatelic Exhibition, open every day, admission free.

What are your particular highlights from the Collections?

This is the question that I always dread, where does one begin? I can only give my own likes. Clearly from a rarities point of view I have to mention one of the proof or registration sheets of the America 1765 revenue stamps issued in the lead up to the war of independence; the Canada 1851 12d black in an unused horizontal pair; the France 1853-61 1 franc in a unused tete-beche pair; the Great Britain 1858-79 1d printed from plate 77; the India 1854 4 annas error head inverted, two copies used on cover; the Mauritius 1847 1d and of the ‘Post Office’ issue; the 1919 cover carried on the Alcock and Brown air flight, the first to cross the Atlantic nonstop; the Spain 1851 2 reales blue error of colour; Switzerland Zurich 1843 4 rappen horizontal strip of five, the largest multiple.

Do you think philately is fully accepted as an area of academic study?

Unfortunately philately is often seen in some academic circles as little more than simple stamp collecting. I have spent over 35 years in attempting to educate the academic community of merits of philately in serious research. This often means seeing philatelic material in new ways such as: symbols of identity, the product of a design process, a reflection of political or social change, in addition to the postal history aspects like the development of transport be it sea or air.

While much progress has been made in advancing philately in the academic world, we still have a long way to go. I hope that my guide helps in that endeavour.

To order a copy of the monograph for £10.95 plus postage and packing, visit the HH Sales website at: www.hhsales.co.uk