In a special interview following the high profile auction, we spoke to Victoria Lajer, Managing Director at Stanley Gibbons and asked her about the purchase of the British Guiana One-Cent Magenta, and the plans for the famous stamp.

The plans to allow collectors to own a piece of the world’s most famous stamp have caused great excitement in the world of philately and Victoria and her colleagues at Stanley Gibbons are equally thrilled to be adding this new and unexpected chapter to the British Guiana rarity.

According to Victoria, the team arrived at the idea of purchasing the stamp just weeks before the sale. 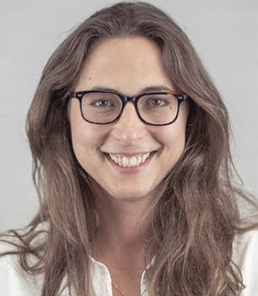 ‘It was a short space of time, so we had about three weeks to look into everything and we had lots of positive responses to the idea,' she explains. 'We had always discussed the stamp and whether we should buy it, so I guess it was a fairly organic decision.'

Buying the world's most famous stamp

Three weeks later, Victoria and her colleague found themselves in the Stanley Gibbons boardroom bidding on the most expensive stamp in the world, and whilst she is understandably reluctant to discuss just how much they were willing to bid, she has fond, if a little hazy, memories of the moment.

‘It was over so quickly,’ she says. ‘I sat there nervously but it was all a bit of a blur! We were bidding by phone in our boardroom and I had arranged some drinks in our auction room so staff could watch the sale, though they didn’t know we would be bidding.’

The exact plans for the mutual ownership of the stamp are still being finalised and right now Victoria is just pleased to report that collectors will ‘be able to say they own a piece of the most famous stamp in the world. Feedback from customers has been overwhelmingly positive,' she adds.

So with collectors invited to enquire about ownership, and the world famous stamp about to arrive at the SGHQ, is this the last time we will see the One-Cent Magenta grab auction headlines around the world?

‘Who knows what the future holds,’ Victoria says. ‘I don’t think it’s the end of the story, it’s just a new chapter for the stamp.’ And what a unique chapter it may turn out to be.