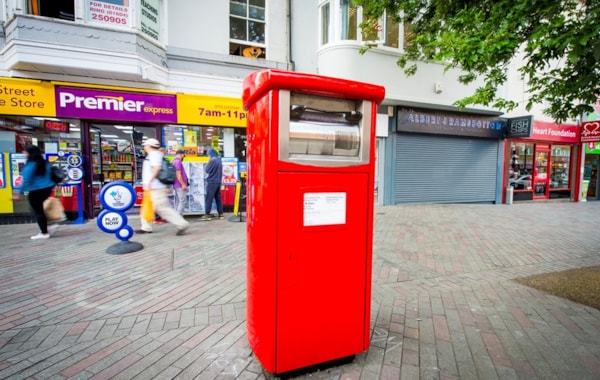 Royal Mail is introducing the UK’s first ever parcel postboxes in locations across the country, over a six month period from August this year, marking the ‘first major repurposing of the postbox’ in the last 160 years.

The launch will see the Company convert existing meter boxes (1,400 in total), which include a wider aperture and secure design. The initiative follows a successful trial of the boxes in 2018.

‘The wide scale introduction of parcel postboxes is one of the many ways we at Royal Mail are looking to make the lives of our customers easier. The parcel postboxes trial last year was a success, and we hope that the wider roll-out gives added flexibility to online sellers who might be running a business in their spare time and not keeping regular office hours.’

The change means that small businesses and marketplace sellers can post pre-paid parcels through securely designed parcel postboxes, in the same way that they currently post a letter.

Customers will also be able to post some return parcels at any time, seven days a week. The postboxes will be introduced in locations across the UK including Birmingham, Leeds, Aberdeen and Cardiff.

Meanwhile, blue post boxes have been spotted around the country, initially leaving members of the public puzzled. However, it has been revealed that the boxes have been painted blue to celebrate the Cricket World Cup.

As reported by the BBC, an ICC spokesman said: ‘This is a joint activation between the Cricket World Cup 2019 and Royal Mail.’

The blue boxes were first spotted in Southampton, Leeds, Nottingham and Taunton.