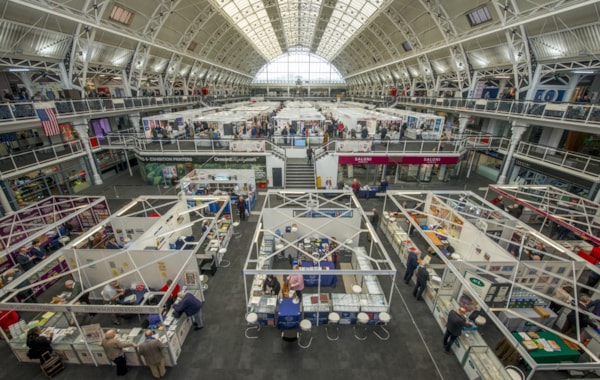 PTS Chairman Suzanne Rae has issued a statement clarifying the organisation’s plans for Stampex, the UK’s national stamp exhibition, following the publication of incorrect information in certain parts of the philatelic press which questioned the future of the event

In an open letter, Suzanne tackled the issue of Stampex being held just once a year, following rumours prompted by the decision to cancel the February 2020 event due to the London 2020 International Exhibition taking place at the same venue in May of that year.

‘At present, whilst there has been no formal decision, it is the intention of the PTS to operate two shows again in 2021. In fact, at Spring Stampex, a small survey was carried out amongst stand holders and over 70% said they would like to see two shows a year. In addition to this, we have now run three visitor surveys and at all shows, we see a healthy % of people who are visiting Stampex for the first time. This Spring, footfall is thought to be at the highest it has been for several shows with 25% of visitors surveyed saying it was their first time at Stampex.’

The statement also tackled the venue for Stampex, concluding that the Business Design Centre will remain the home of Stampex for the foreseeable future:

‘more than 70% of stand holders surveyed at Spring Stampex said that they’d prefer to stay at the BDC… Whilst it is something the PTS Council continues to explore, there is currently no intention to move Stampex to another venue. We believe we get a good deal from the BDC and there are many other factors at play which we wish to explore before having to resort to “moving house”.’

Another issue which has been discussed by dealers and visitors to Stampex is the show’s duration, on which Suzanne commented:

‘The duration of the show is another thing the PTS Council is looking at but for now, the dates for Autumn 2019 and Autumn 2020 are four day shows… Whilst we are challenging ourselves to do things differently and challenge “the way it’s always been done”, we are equally committed to making what we have work. There is no point in changing certain aspects of the show in the hope that we will get more footfall, more dealers and more philatelic diversity. That is why initiatives are now being approved, scoped and delivered which guarantee the growth of Stampex such that decisions around venue and duration would be driven by an entirely different case than cost-cutting or perceived size of market.’

The statement also covered the idea of introducing a small range of ‘other collectables or complementary products’ and the possible development of a Stampex app, whilst confirming that an entrance fee will not be introduced, with entry to the show remaining free. Suzanne concluded:

‘We must not be naïve to the external factors impacting our hobby and trade so we must do things differently. Talking is good. Action is better. Our plans are ambitious but achievable. If you have any ideas about making Stampex the world’s premier stamp exhibition or would like to volunteer some of your time, we’d love to hear from you.’