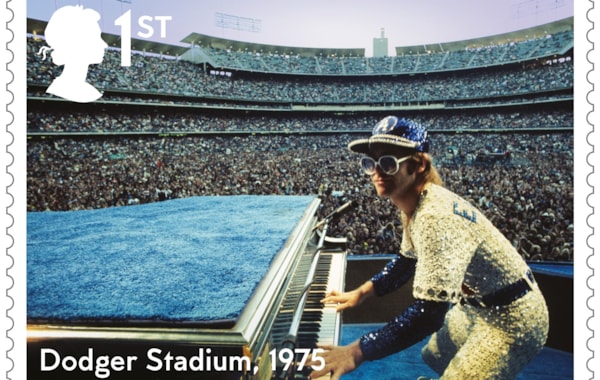 This year sees the 50th anniversary of his first album and, as he continues his final tour, Farewell Yellow Brick Road, Elton becomes only the second individual music artist to have a dedicated stamp issue.

On each of the 'album' stamps, he arc of the vinyl record appears from the right-hand side of each album cover.

“To say I was surprised when Royal Mail got in touch, is an understatement. Never did I think I’d appear on a stamp…! It’s wonderful, a great honour.”

“Elton is one of the most successful British solo artists of all time. He has recorded some of the best-known songs in pop history such as Candle in the Wind and Rocket Man. Our stamps issued today showcase some of his most iconic albums, and celebrate his fantastic musical contribution.”

Want to win the latest GB stamps? Enter our competitions now and don't forget to sign up to the free allaboutstamps email to keep updated on GB stamps and competitions.