Inside The Postal Museum, Part 3; The Machin 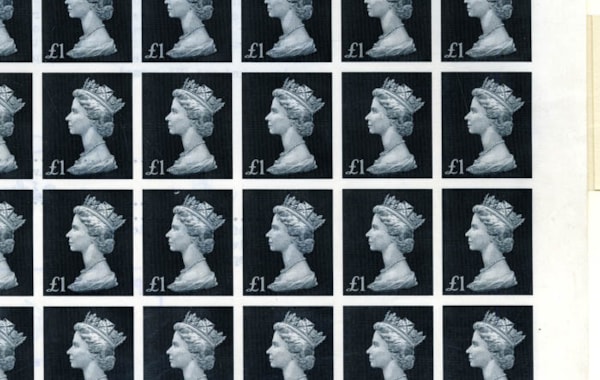 The Postal Museum's extensive archives include details and images of many stamps, essays and rejected designs. In this guide we take a look at the iconic Machin definitive stamp design, one of the most reproduced images on the planet…

The artist and sculptor Arnold Machin’s portrait of the Queen featured on coins from 1968 to 1984. He was asked to submit designs for definitive stamps.

The image that you see on a standard definitive stamp in current circulation was produced by Arnold Machin in 1966. He was one of five artists asked to submit designs along with David Gentleman, another prolific stamp designer.

The design that you see takes great inspiration from the Penny Black with its simplistic regal design. In Machin’s design, the Queen was originally wearing a tiara but he was asked to change this to the diadem that you now see.

The display at The Postal Museum includes the plaster cast for coins, casts and essays for stamps with the Queen wearing a tiara and a diadem and a master die, transfer roller and printing plate for the £1 stamp. Machin had created the cast for coins in November 1963.

It was developed for stamps with an image of the Queen in a diadem eventually being chosen. His design for high-value stamps was engraved in reverse on the master die and transferred by means of a printing plate produced by Bradbury Wilkinson.