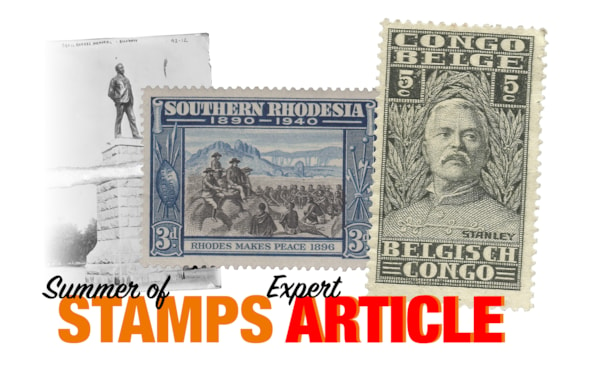 The statues of figures involved in the slave trade have long created impassioned debate and recently protesters have taken the matter into their own hands, as we seek to readdress our imperial history in the wake of the Black Lives Matter movement. Many of these controversial figures have also been honoured on postage stamps, so should we remove them from our albums for good?

The Black Lives Matter protests that followed the despicable killing of George Floyd in Minnesota have made the world sit up and take notice; who would have thought any news story could overshadow the global pandemic?

Around the world these mostly peaceful marches have seen justifiably angry citizens protest against the shocking police brutality. As the events have unfolded, many of us have been prompted to question our attitudes to race, to reflect on our own country’s history, and to further explore the ways in which systemic racism has weaved its way through our society for centuries.

In Britain, the history of the Empire is something we are all familiar with, but do we have a biased view of this difficult period? The subject has rarely been taught in schools so are we truly aware of our past and how it influences the here and now?

Whatever your thoughts on the recent pulling down of the statue of slave-trader Edward Colston in Bristol, the act demonstrates how the country’s history of imperialism and slavery urgently needs to be reassessed, and how we face a difficult path to come to terms with this past… which brings us onto stamps.

At first glance the stamps of the British Empire may seem inoffensive, simply showcasing exotic locales, industries and wildlife, but as Professor Ashley Jackson of King’s College London points out, these designs only tell one side of the story.

‘It is undoubtedly the case that the stamps of the British Empire celebrate and commemorate a bleakly biased history of Britain’s imperial past,’ he says.

‘It’s no surprise that stamp collecting was such an avidly loved hobby of so many generations of British people because we ruled the world… it clearly would have created and added to a sense of propriety or reality. You could sit in your semi-detached house or your manor in some part of the UK and enjoy a hobby where Britain’s dominion over palm and pine is there in miniature, in your hands.’

Any casual observer of British Empire stamps will quickly note that the designs almost always feature, first and foremost, the British monarch, with any other aspect of the design firmly in the background, as if Queen Victoria, for example, is looking down on the nation’s produce, wildlife, landscape, and people.

‘Every representation on a stamp is going to present, you know, “natives”, in inverted commas, in a certain way, maybe fishing or engaging in a nice native industry,’ Professor Jackson continues. ‘They are going to celebrate scenes of lakes and mountains and ranges. They’re going to celebrate aspects of the British military or imperial past… So this idea of proprietary reality and the ownership of the rest of the world is something that is absolutely encapsulated in the stance of the British Empire… They are never going to be celebrating indigenous people other than in terms of maybe a bit of Aboriginal art.’

Take a step back and it’s obvious that the majority of these stamps are going to reflect a British view of the world. Most of the designs were created and printed in Britain, often on the same machines that produced millions of British stamps.

It’s not just the biased version of imperialism that complicates the issue, many stamps show explorers, businessmen, and politicians who are now considered to have not just been controversial but plainly racist. Thousands of protesters recently called for Oxford’s statue of Cecil Rhodes to be taken down, with many critics labelling the imperialist a white supremacist. As collectors will know the founder of Rhodesia, now Zimbabwe and Zambia, has appeared on many many stamps.

Likewise Henry Morton Stanley, the man known for uttering the phrase ‘Dr Livingstone, I presume?’ has been celebrated on stamps including a British 3p value issued as recently as 1973 and on countless stamps of the Belgian Congo. The Welsh explorer claimed the Congo on behalf of Belgium’s King Leopold II, within a few years millions of Africans had been killed in a horrifying series of atrocities that helped term the phrase ‘crime against humanity’. 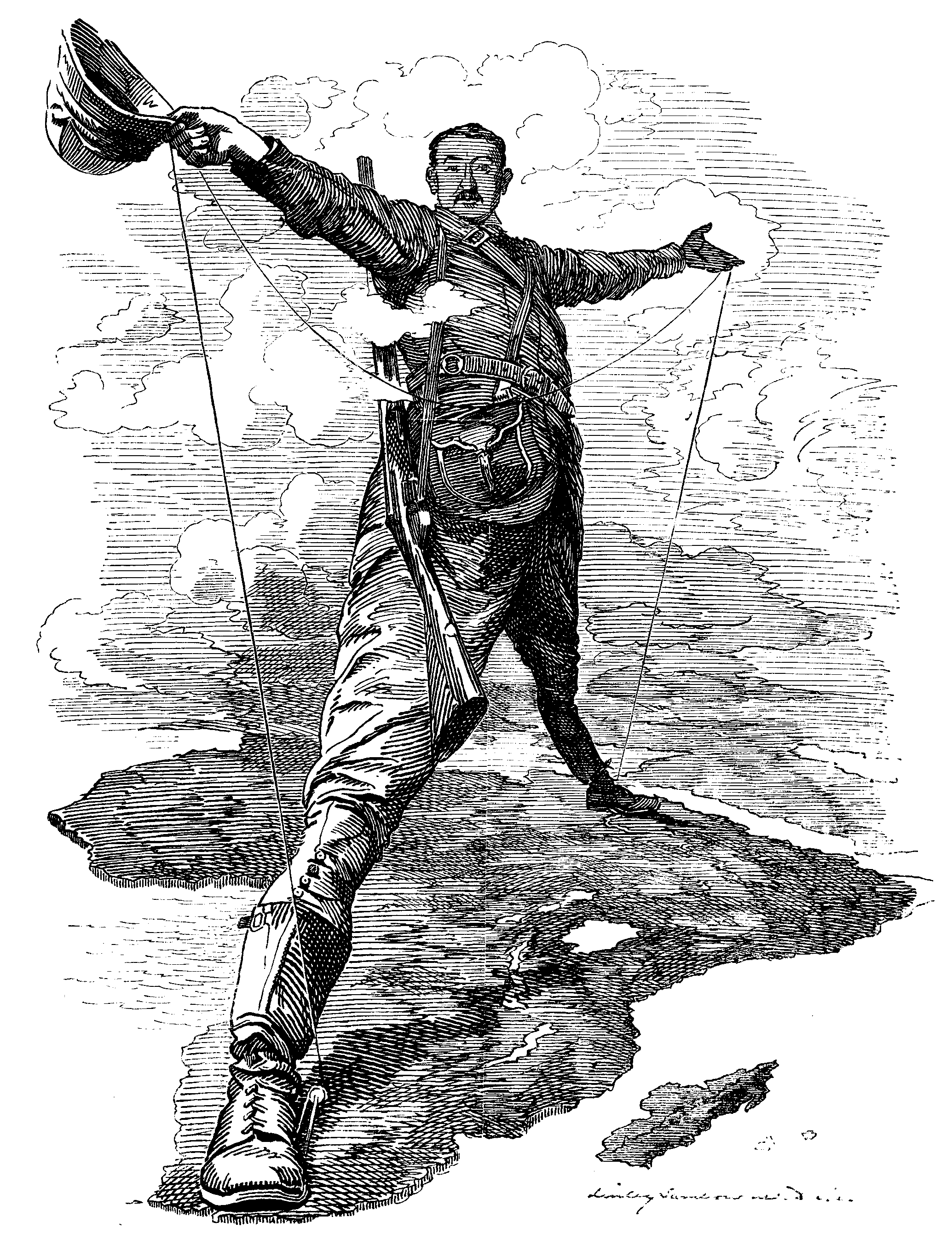 So should we be systematically pulling these stamps out of our albums?

Just as statues are being pulled down, streets are being renamed and museum collections are being presented in new ways, one could argue that those stamps representing this problematic period and honouring these problematic people should be seen a different light; should we still collect them? Should we exhibit and write them up differently?

‘Of course we shouldn’t abolish stamp collecting or destroy them all,’ says Professor Jackson. ‘That would just be ridiculous, they are such a source of pleasure. But I think people should be aware of the fact that if they are, for example, specialising in the stamps of the British Empire, that it is very much a British history… It would be a sad day if we were starting to police people’s hobbies at their desks.’

If it’s clear that certain stamps reflect a difficult part of history, and that removing such stamps from our collections is a step too far, perhaps they can be used to educate and help us reflect on our history. So could British Empire stamps be used to teach us about our past?

‘I think that yes, they could,’ says Jackson. ‘Although having said that, and as we’ve alluded to, they’re very much a one-way street. You’re not going to be able to get a range of stamps from the British Empire, from any part of the world that tells a story other than an essentially happy British rule and a British story. That’s one of the things about this misappropriation of other people’s history and culture. If you look at history told by stamps of, say, Southern Rhodesia, this is the history of British settlers in Southern Rhodesia, Africans, are bit-part players.

They are producers. They are people who do native fishing… so I don’t think that they tell us very much about a history beyond that of British imperialism.’

However, one way to reflect on a country’s history in a more inclusive, balanced way would be to collect not only the colonial issues but those issued leading up to, during and after independence. As Professor Jackson notes: ‘When independence comes, new successor regimes have to build their own histories. They can use their own textbooks that aren’t just all about the white man in Africa, for instance.

‘An interesting study would be into the way in which successor states take control of their own postal history and what they choose to represent… and how they portray themselves as a new nation. There’s got to be a really interesting juxtaposition between, say, Cecil Rhodes, the founder of British Rhodesia compared to what Zimbabwe chooses to do from the early 1980s.’

As with any collection, context helps us fully appreciate the items on show. An explanation of the historical events, the places and the people depicted, means these stamps can be used positively, to help us understand our own history. We shouldn’t be ashamed to collect them, and we certainly shouldn’t remove them from albums, so long as we are confident of the difficult history behind their production and designs, and are fully aware of the skewed idea of imperialism they more often than not promote.

Our hobby reflects so many aspects of our world, our past, our progress; so it naturally presents contentious and at times shameful subjects. We shouldn’t always ignore these issues; by exploring both sides of the stories, and discovering the truth behind them, we can improve our understanding and begin to improve our world.

With thanks to Ashley Jackson, Professor of Imperial and Military History, in the Defence Studies Department of King’s College London, and Visiting Fellow, Kellogg College Oxford. Find out more at: ashleyjacksonhistorian.com