The Gentleman Album, including video interview with David Gentleman 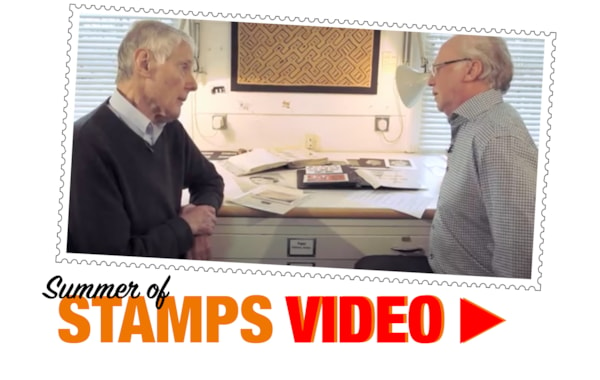 Perhaps the greatest influence on British stamp design was the album of experimental designs commissioned by Tony Benn in 1965 and produced by David Gentleman.

Tony Benn was appointed Postmaster General in October 1964. Back in 2009 Benn spoke to Stamp Collector about his role and the stamps of the time.

'All hell broke loose at the time,' Benn recalls. 'I was bitterly criticised. But it was a design point and nothing else.' Continues below…


Removing the Queen's head from stamps

Gentleman wrote to Benn in January 1965, arguing that stamp design suffered from the inclusion of the Monarch’s head. 'I had already done designs for stamp issues, three of which had been accepted,' David says. 'I knew what I thought was wrong.'

Discussions with the Queen

Benn soon discussed the use of the Monarch's head with The Queen herself, who was receptive to the ideas. 'I met with the Queen which was unusual,' says Benn, 'you usually get five minutes at the most but I was lucky enough to get three quarters of an hour.'

The scene was famously described in Benn’s diaries:

'The Queen wanted me to leave the new designs with her but I explained the difficulties and she agreed to see them on the spot. This was exactly what I had hoped would happen so I unlocked my bag and spread out on the floor twelve huge design models of the stamps provided by Gentleman and also brought out his album of foreign stamps. I then knelt on the floor and one after the other passed up to the Queen the Battle of Britain stamps bearing the words ‘Great Britain’ and no royal head on them. It was a most hilarious scene because I had my papers all over the place and she was peering at something that had obviously never been shown to her.'

The next day, Gentleman agreed to prepare a sample album of stamps, showing what could be done with different treatments of the head, royal ciphers, and crowns. The Gentleman album is the result.

Despite the spark of ideas and creativity, it was soon decided to retain the head. Yet the work of Benn and Gentleman still changed British stamps forever.