Royal Mail have revealed the design of a special miniature sheet featuring ‘The Stamp Designs of David Gentleman’, which will be made available to coincide with the London 2022 international exhibition.

The miniature sheet features six stamp designs by David Gentleman, the artist who helped change British stamp design during the 1960s, working with the then Postmaster General Tony Benn on a more pictorial approach with the focus on celebrating British anniversaries and achievements. 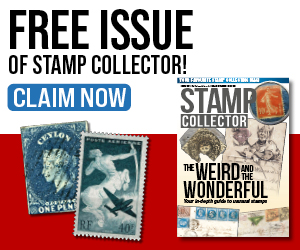 The stamps shown are:

There are two pictorial handstamps for the FDC: from Tallents House, and London NW1 where David Gentleman lives and works.

Those collectors visiting the London 2022 event in Islington will also be able to purchase a numbered, limited edition version of this sheet which will also feature the logo of London 2022. This will only be sold at the exhibition, price £6.42, and is limited to of 10,000 copies.

A Stamp Sheet for London 2022, with labels featuring images of the Mail Rail service (now an attraction at The Postal Museum), will also be generally available, priced at £18.20. Royal Mail have also revealed the design of the official London 2022 postmark featuring the event logo (see page 8).