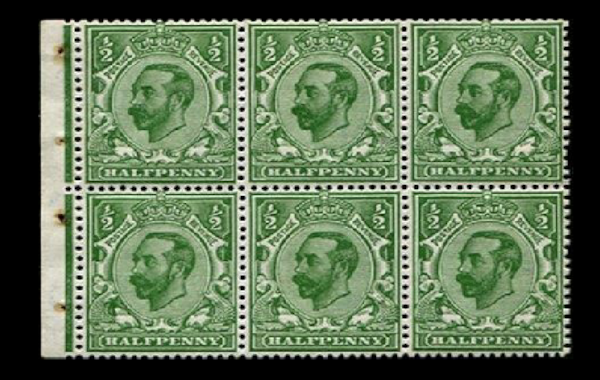 Ed Fletcher provides a fact file of the 1/2d green KGV stamp known as the 'Downey Head', explaining why you should add at least one example to your collection

You should have little trouble in buying a mint Halfpenny Green for £5.

Shades such as bluish-green can raise the price to £100 and more; while a watermark variation (inverted or sideways) can add another zero to that £100; but there will be plenty of time for those more costly halfpenny values later when you have browsed the catalogues and the stamps on offer at a few fairs.

Meanwhile concentrate on finding an example at the lower end of the price scale that is clean, undamaged and looks like a stamp that has been well cared for.

Useful facts…
• The ‘Downey Head’ stamps were the first definitive British stamps of King George V, issued on the day of his coronation
• Essays for values up to 1 shilling were prepared, but only the 1/2 penny and 1 penny stamps were issued
• The stamp was engraved by J.A.C. Harrison who went on to engrave the ‘Seahorses’ stamps in 1913

• June 1910 - a photograph of the then Duke of York is taken by Court Photographers W & D Downey
• June 1911 - the ‘Downey Head’ stamps featuring the three-quarter profile portrait taken by W & D Downey were issued to a mixed reception
• 1912 - new definitive stamps were issued, showing a more orthodox left-facing side profile of the king

A single, used example with watermark reversed and inverted (SG346wk) recently sold on eBay for £20.99, despite having a catalogue value of £100.

A ‘fine unmounted mint pair with interpaneau margin’ recently sold on eBay for £6.50. Used examples can be bought for as little as £1.