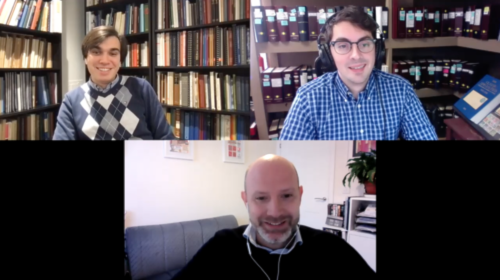 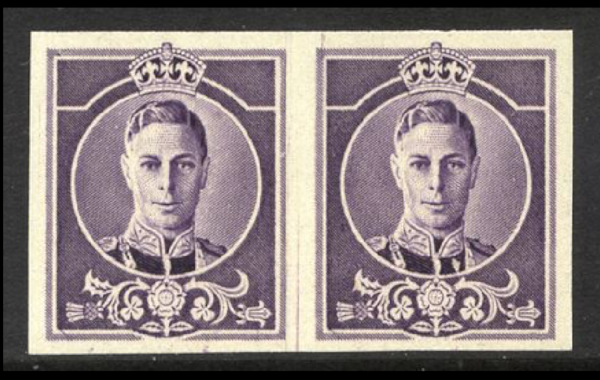 With the obvious exception of the four stamps issued during Edward VIII’s short tenure, the reign of King George VI is the easiest one to complete, with a total of only 58 basic issued stamps, including low value definitives, high values, and commemoratives. At the same time, on a specialised level, there is enough scope for building a really extensive collection.

There are not many proofs and essays available to the collector, at least when compared with the reign of King George V, but there are some unadopted essays on the market.

The production of the first stamps of the reign was not without drama. The unexpected abdication of George’s brother, Edward VIII, on 10 December, 1936 placed considerable strain on the Post Office who had expected to design and produce stamps with a completely different monarch! A commemorative stamp had been planned for issue on the day of Edward’s coronation, 12 May, 1937. As George’s coronation was to take place on the same day, there was little time to prepare a new stamp depicting King George and Queen Elizabeth.

In the event, the Coronation stamp was issued on 13 May, although, despite strict instructions not to issue the stamp before this date, several post offices released the stamp on 12 May; High Wycombe on 11 May and Cheadle Hume on 10 May.

The stamp itself was printed by photogravure from seventeen different cylinders, each printing two Post Office sheets side by side. As usual, the right-hand sheet had a stop printed after the cylinder number. All of the sheets were printed under Control A/37, which appears just above the cylinder number. With 34 different sheets it is not surprising that many constant cylinder flaws have been found, eighteen of which have gained Specialised Catalogue status, although there are many minor flaws which are not in the catalogue. The stamp was the subject of a book by L Birch (undated but probably published in the 1940s) in which many of these flaws are featured.

The three most-used values of the definitive stamps, the ½d, 1d and 2½d, were issued on 10 May 1937, three days before the Coronation stamp. By 1 May, 1939, all but one of the remaining values were released; the 11d value being issued years later on 29 December, 1947. During 1941 and 1942 the six low values, ½d to 3d, were issued in pale colours as a wartime economy measure, presumably saving on printing ink and wear on the cylinders.

In 1951, the ½d to 2½d and 4d values were issued in different colours to conform with regulations from the Universal Postal Union which governed the international use of stamps. When writing up a collection of these issues, rather than simply saying ‘Original Colours’, ‘Pale Colours’, ‘Changed Colours’, it would be much more interesting to also explain the reasons behind the changes.

The stamps were printed by photogravure and, as with the Coronation stamps, there are many cylinder/control number combinations to collect. The scope of such a collection is increased by the various types of perforation which are identified by the different patterns of holes in the sheet margins.

The ½d, 1d, 1½d, 2d and 2½d values can be found issued in booklets; some in panes of two, some in panes of four, and the majority in panes of six. Panes showing the cylinder number in the selvedge are worth a premium. Following the practice introduced with King George V booklets, advertisements were printed on some panes, mainly the 1½d value, but two types were issued with 1d panes.

Rolls of stamps were produced for use in vending and affixing machines. The important part of the roll to the collector is the outer wrapper, also known as a leader, which had various information printed on it, including the denomination and number of stamps, the price, and which way round the stamps would be delivered.

There were two issues of King George VI high values: the ‘Arms’ of 1939–48, and the ‘Festival’ of 1951, both printed by intaglio, or recess printing. Several specialists have formed extensive collections of these stamps, the major interest lying in the plate markings, varieties and re-entries. There were no plate markings printed on the sheets (unlike the photogravure low values, where the cylinder number appears on all sheets), and plate identification relies on the study of the marginal markings and, to a much lesser extent, varieties on the stamps.

Together with the Coronation stamp, which has already been described, there were seven commemorative issues, all printed in photogravure by Harrison & Sons. All can be collected as cylinder blocks and most, if not all, of the individual values have constant cylinder flaws. The second commemorative set, issued on 6 May, 1940, is notable for celebrating the anniversary of the Penny Black.

A collection of King George VI can be supplemented with an interesting assortment of miscellaneous and ephemeral items. Airmail stickers, registration labels, Post Office labels of various kinds, Post Office forms and leaflets, and ‘cinderella’ stamps – all have a place in the collection.