German propaganda forgeries provide a fascinating insight into the espionage of the Second World War and the way in which postage stamps were used to undermine the authority and spirit of the nations on both sides of the conflict. Discover more about these remarkable stamps, and how you can own them, in this special guide.

At first glance the stamp below may look like a normal King George VI definitive, but closer inspection reveals a number of subtle changes pointing to the fact that this is a German forgery. 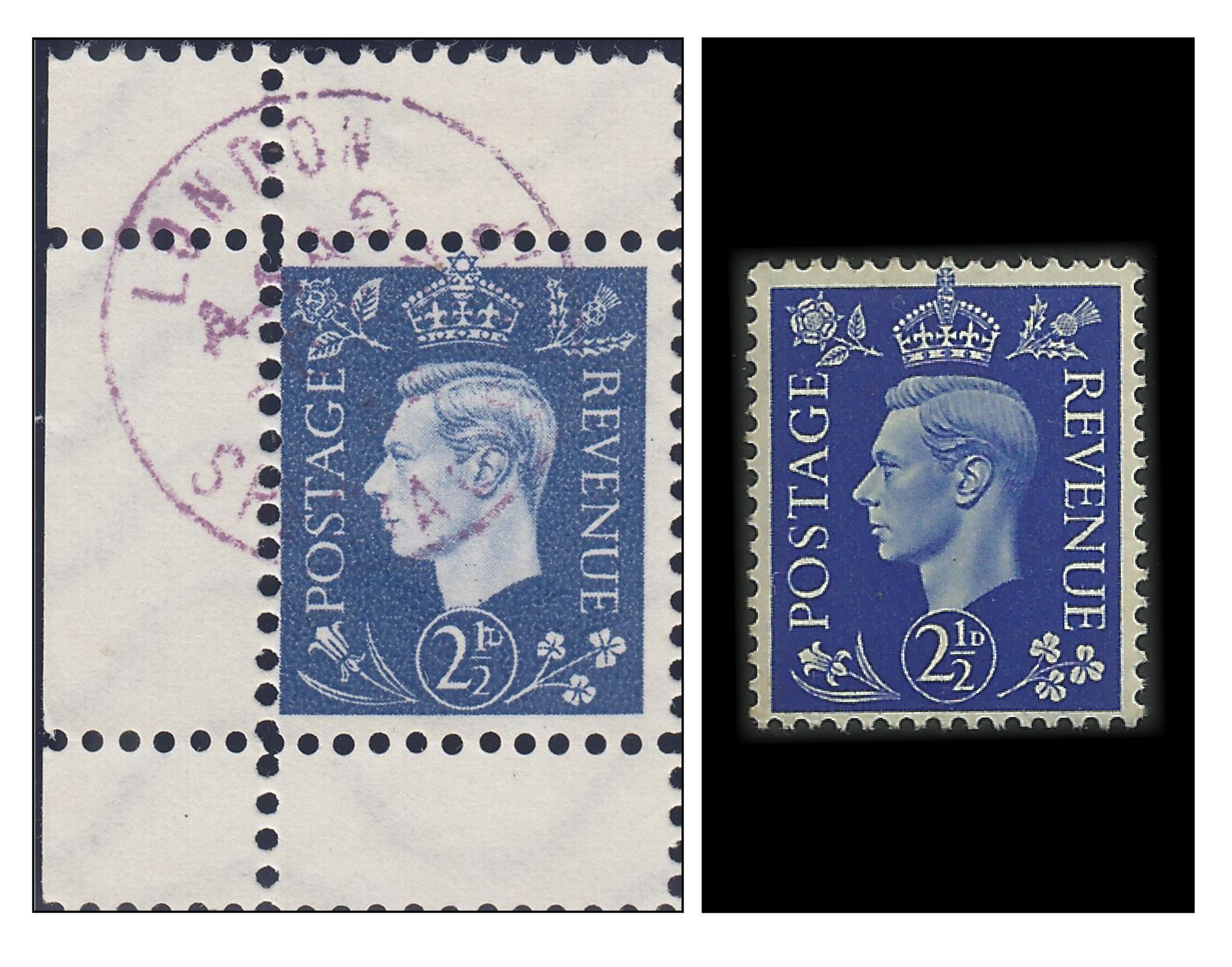 Can you spot the differences? 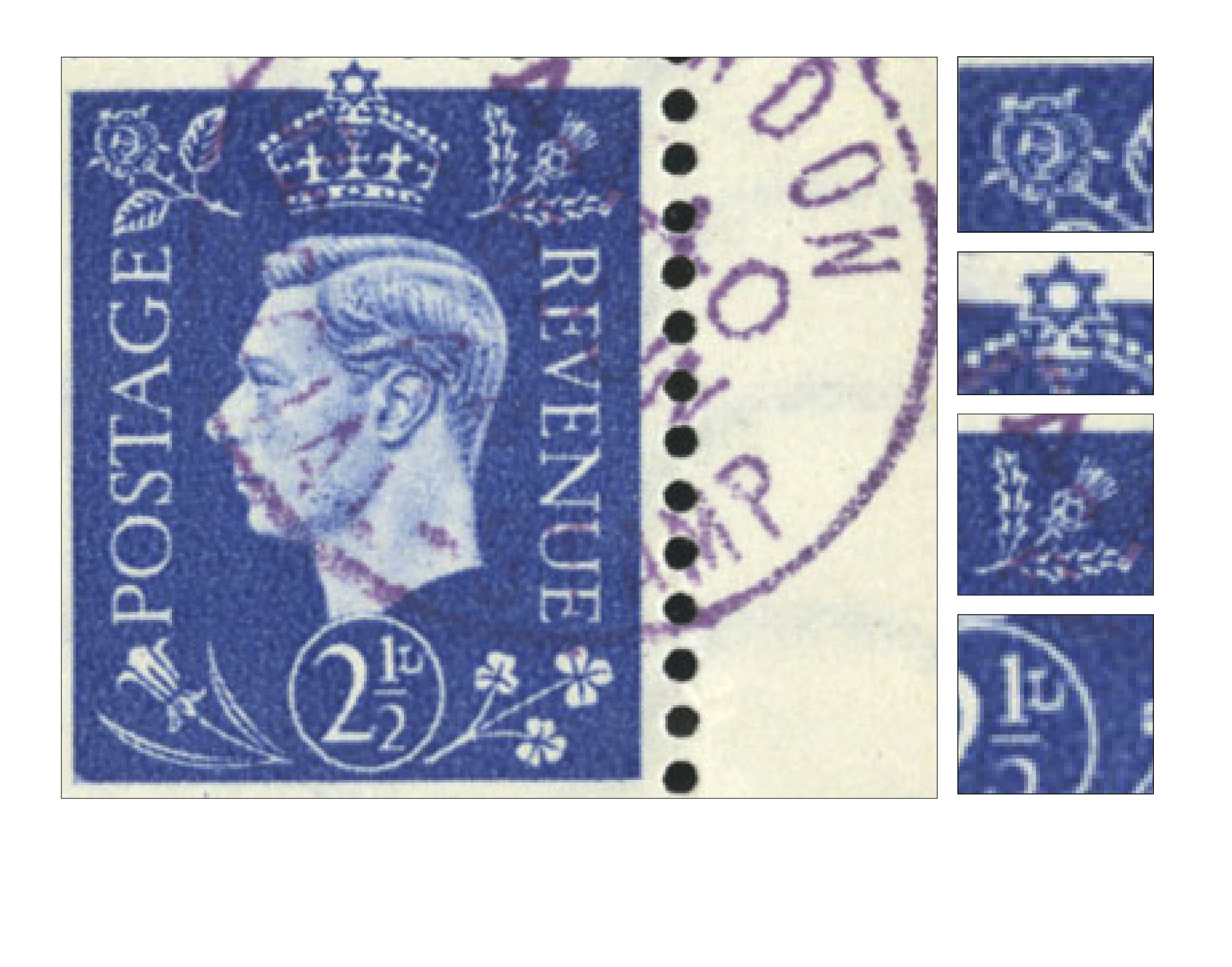 The 1935 Silver Jubilee stamps of King George V were taken as the basis for another forgery, this time with a much more direct message. 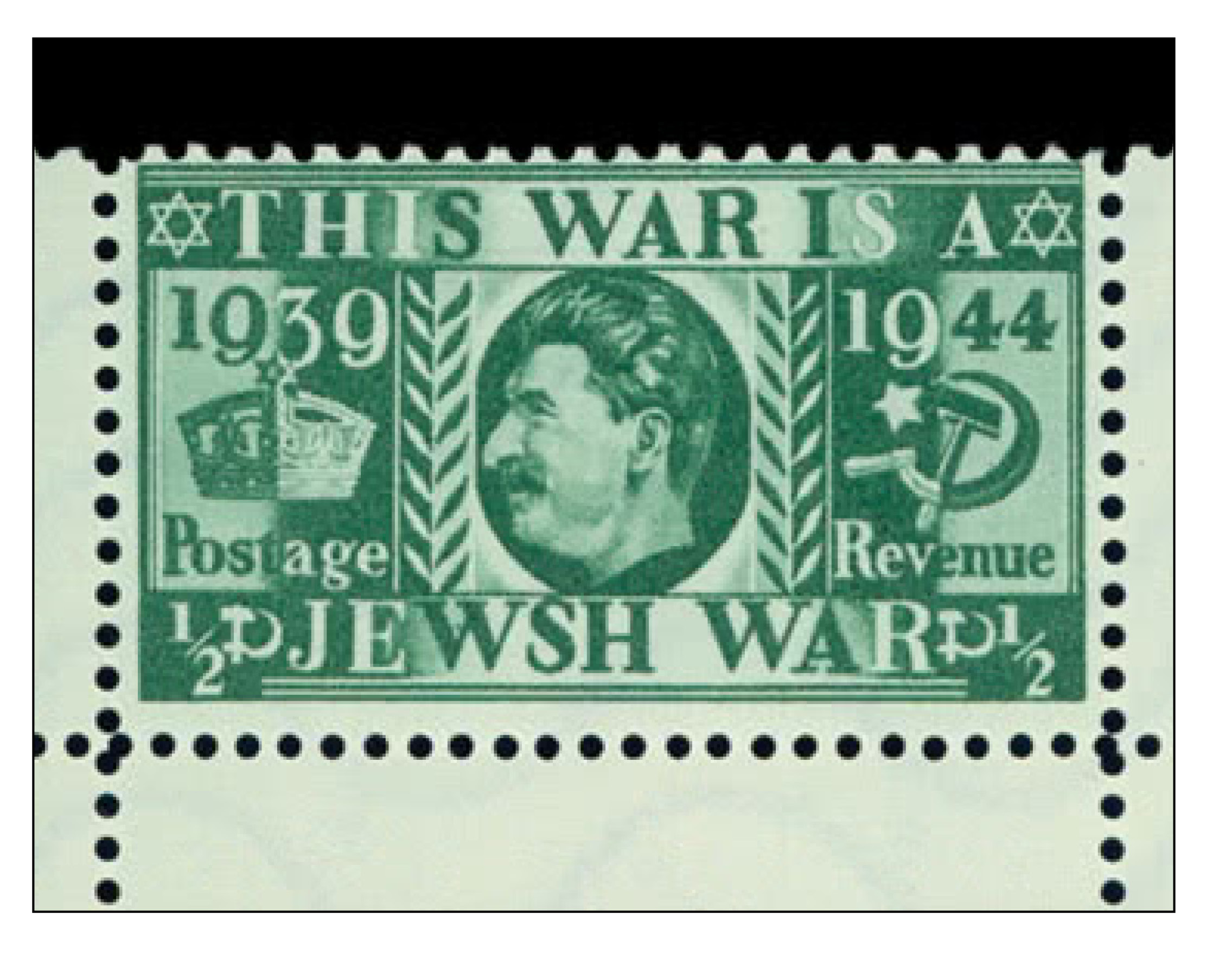 Here we see a number of changes:

Meanwhile, the King George VI Coronation stamp of 1937 was altered, with an image of Stalin this time replacing the Queen. 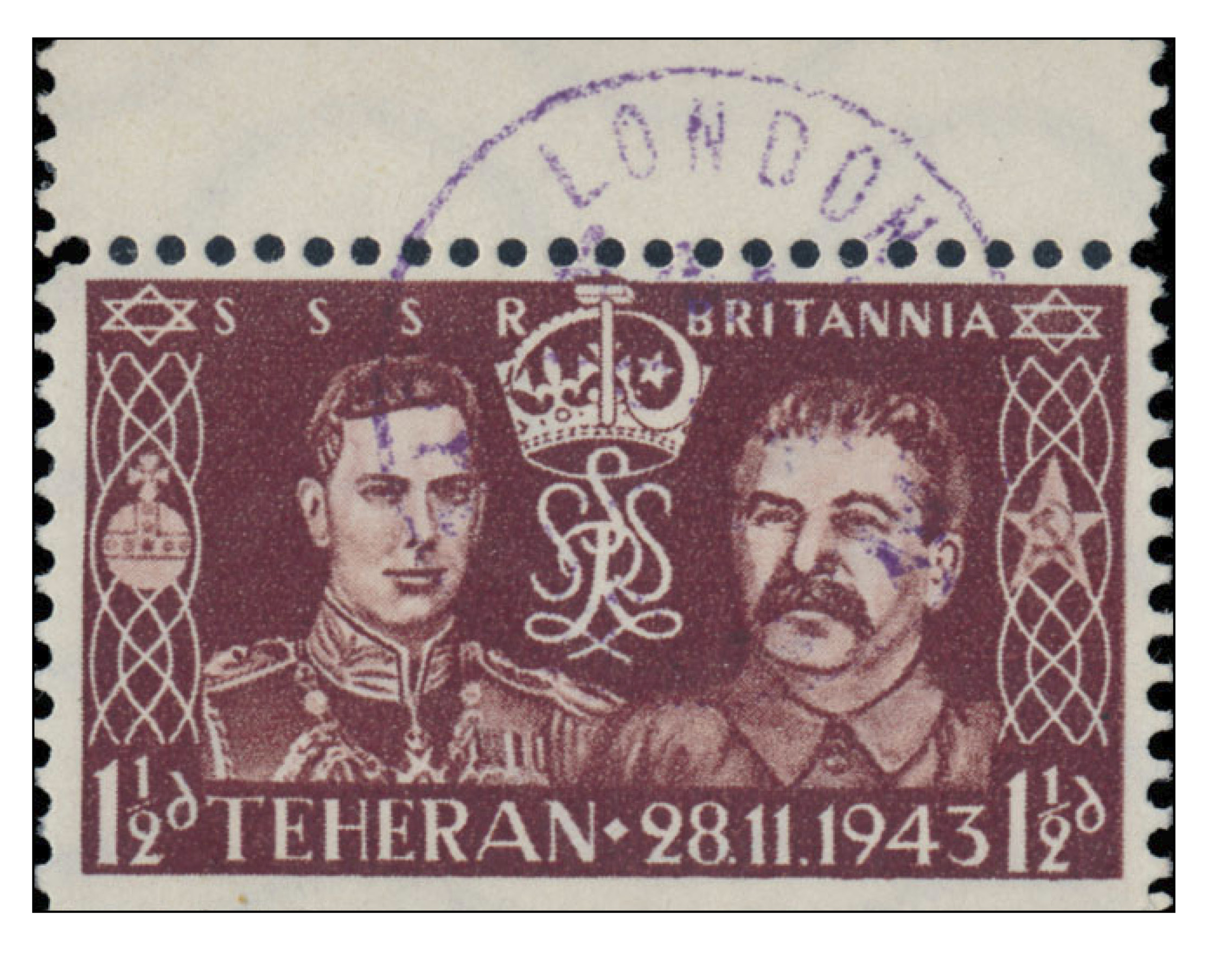 The other changes were as follows:

A number of overprints were also produced, highlighting alleged atrocities by the Allies and, more commonly, suggesting the British Empire was being 'liquidated'. 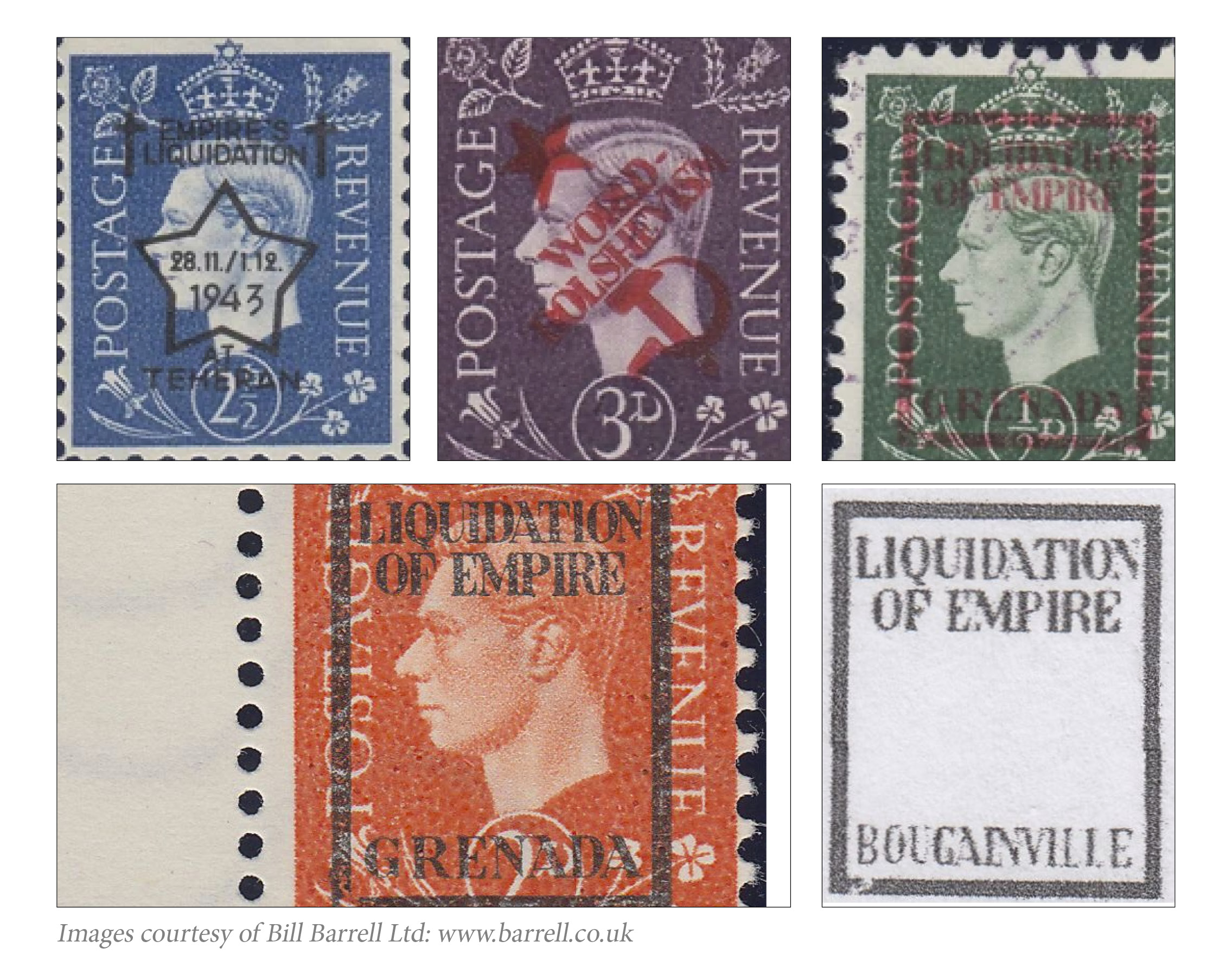 How rare are the forgeries and what are they worth?

For collectors who enjoy adding pieces of history to their albums, the propaganda stamps of the Second World War are most desirable, giving a collection a focus and adding intriguing true stories to the stamps. Yet you can obtain examples of the stamps for a relatively small amount.

There were a reported 7 million copies of the forged King George VI definitives produced by Germany. Of these, it is said that about 50,000 survived the war, and just over half of these were overprinted.

Today, examples in good condition sell for around £20, whilst the value of the overprinted stamps can vary greatly, depending on the message printed across the stamps.

The Silver Jubilee forgeries can attract prices of between £25 and £50 depending on value. This pair of the stamps was sold at Grosvenor Philatelic Auctions for £80 in

Good copies of the 1937 Coronation stamp with Stalin can fetch around £75.