Autumn Stampex 2017 display: the stamps and postal history of Hungary 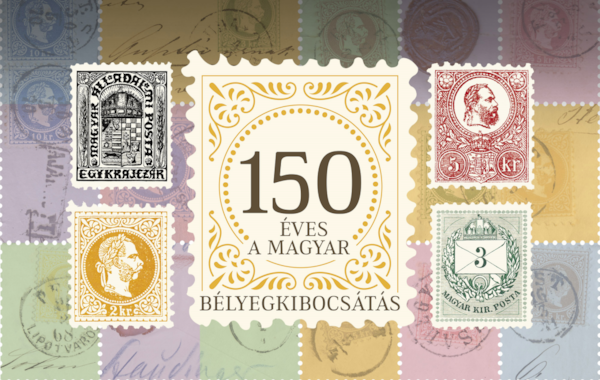 On 1 May 1867, Hungary’s first independent Postal Administration came into being and a new set of postage stamps was issued on 1 June.

This was a momentous moment for philatelists and the Hungarian Philatelic Society of Great Britain is marking the occasion with a special display showing as many aspects of Hungarian philately over the last 150 years as we can in twenty frames.

The story is intimately connected with the history of Europe in the 19th century. Hungary was part of the Austrian Empire but in 1848 a revolution occurred.

A separate Hungarian government was set up which declared independence but this led to war with Austria who, with Russian help, eventually suppressed the revolt in August 1849.

Stampex 2017 takes place between 13 and 16 September at the Business Design Centre, Islington

The aftermath saw a period of repression in which Hungary was brought under full Austrian control. Of interest to philatelists is the fact that Austrian postage and revenue stamps were also used in Hungary at this time.

However, the position changed again in Hungary’s favour when, in 1866, Austria was defeated in a short war with Prussia fought primarily on the question of which of the two countries should exercise leadership in Germany. In the peace treaty that followed, Prussia insisted that Austria should come to a compromise with Hungary and this was duly negotiated in early 1867.

The outcome was the ‘Dual Monarchy’ where the Empire was divided into two parts – Austria and Hungary – that ran their internal affairs separately under the rule of the same monarch who was Emperor in Austria and King in Hungary. A by-product of this ‘Compromise’ was that Hungary set up its own Post Office.

The Hungarians reached agreement with Austria in March 1867 on how the independent Post Office would be set up, including the issue of new postage stamps.

These were ordered from the State Printing House in Vienna because there was no suitable printing facility in Hungary at that time.

Planning for the new issue started and after a month the Austrians, who wanted to maintain a sense of unity between the two countries, proposed that they should be used in Austria as well. This was possible because the design showed the King-Emperor’s head but contained no royal arms or words in either the Magyar or German languages.

The design was printed in seven values, five of which were issued in Hungary on 1 June 1867 and two (25 Kr and 50 Kr) on 1 September. They came into use later in Austria where stocks of old stamps were used first, but remained in use there for much longer.

The intervening 150 years have seen the end of the Austro-Hungarian Empire after the First World War, the occupation and break-up of old Hungary, the Second World War at the end of which Hungary became a battleground, spectacular inflations, the Communist era and the transition to a modern democratic state.

All this turbulence has created a fascinating range of philately with something for everyone and this display in twenty frames illustrates this variety with tasters on many different topics. It does not go into great depth on any particular topic. The last two frames have been set aside for members of the Society to show their favourite pieces.

We hope visitors will find something of interest in the display and perhaps even be encouraged to look more closely into Hungarian philately as a topic of interest.

Most people who approach it for the first time are struck by the unfamiliarity of the language which bears almost no relation to most other European languages, stemming as it did from the Finno-Ugrian root that came out of Central Asia rather than the Indo-European root.

The language can be a barrier but it is not an insurmountable one and it certainly offers plenty of scope for those who like a challenge.

Hungary has been a major European nation for over 1,000 years. It has survived the Golden Horde, Ottoman Occupation, Austrian rule and the tribulations of the 20th century.

There has been constant conflict, but the Hungarians have always had to work with their neighbours. It has a rich and diverse philately that has been very well researched, not least by the Hungarian Philatelic Society. It deserves a closer look!

The Hungarian Philatelic Society of Great Britain extends a warm welcome to everyone with an interest in Hungarian philately. For more information about the Society, have a look at www.hpsgb.com or talk to us at our table at Stampex.

Read an in-depth guide to the stamps of Hungary, written by members of the Hungarian Philatelic Society of Great Britain in the October 2017 issue of Stamp & Coin Mart magazine.