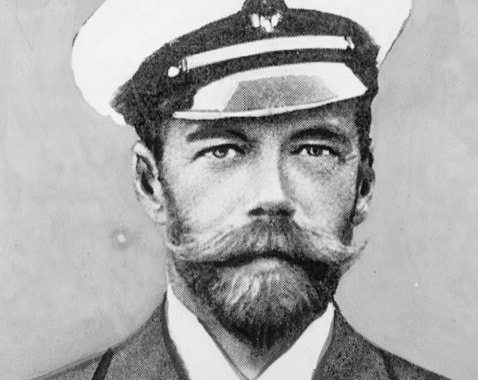 We speak to the author of a new book on the stamp collecting habits of King George V which suggests the Collector King would go to any lengths to obtain new material for his stamp collection ...

Jack Shamash’s new book certainly pulls no punches, stating that the king would go to great lengths to add to his stamp collection, often with little thought of the consequences.

Such observations will always be subject to debate and disagreement, especially when they are dealing with actions taken many years ago, and many may question whether the king really was so ruthless, but Jack insists that it is his extensive research that led him to such conclusions.

‘George died 77 years ago so I couldn’t interview people who knew him!’ Jack says. ‘I spent a lot of time going through the Royal Archives, which are housed in the main tower of Windsor Castle. It was great fun having access to his old diaries, which are now beautifully bound up and edged in gold leaf.

'I also spent a lot of time in The British Postal Museum and Archive, which has a great deal of correspondence between the king and the post office. And I read lots of obscure books such as Admiral Stephenson’s letters to George V and the diaries of various courtiers. It’s been a lovely journey of discovery.’

From this extensive and enjoyable research, Jack insists the king really was as ruthless as he suggests in the book.

‘Even official histories suggest that he was “ruthless” about getting stamps… In most respects he was regarded as quite stingy - he was very frugal when it came to entertaining. But he spent large sums on stamps – most notably £1,450 for the Twopenny blue Mauritius which he bought in 1904. George and his wife (Queen Mary) would visit other people’s homes and simply ask for items that appealed to them. George’s staff had to warn people about this habit in case they got upset.’

While stories of George’s determination to improve his collection may have been exaggerated over the years, Jack is sure of the king’s convictions.

‘He made his intentions very clear. He told the keeper of the Royal Philatelic Collection, John Tilleard, that he wanted to have the best collection of stamps in England. He wanted to be recognised as a great stamp collector and philatelist. It was one of the few things that he was really good at. He also wanted to have a major say on the production of stamps. Stamps were very important to him. And he did have a huge influence in all these respects.’

Read an excluisve book excerpt from George V’s Obsession - A King and His Stamps by Jack Shamash in the January issue of Stamp & Coin Mart.

You can purchase the e-book from amazon: George V's Obsession - a king and his stamps