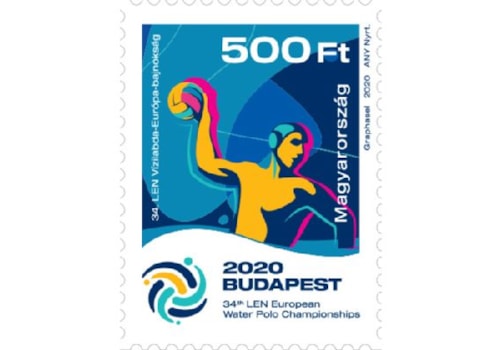 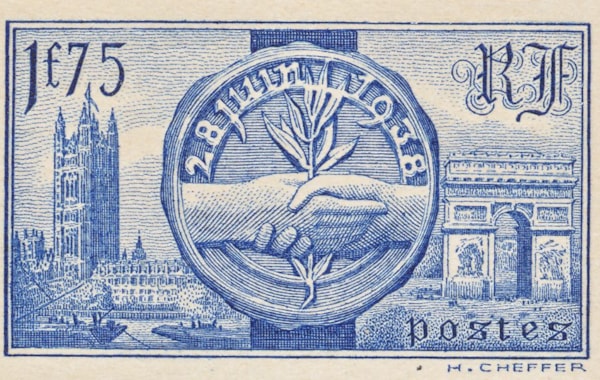 The invitation to King George VI and Queen Elizabeth to visit France provided the opportunity to reinforce the entente cordiale and was marked by a special commemorative stamp, as Mick Bister explains in this stamp collecting guide ...

The invitation to King George VI and Queen Elizabeth to visit France would provide not only an opportunity to reinforce the entente cordiale but also to commemorate the united front that France, Great Britain and the British Empire had presented against Germany in the 1914-1918 War but with history about to repeat itself and the inevitability of another war in Europe, the State Visit would cement further the Anglo-French alliance against the common enemy.

Once the date of the visit had been finalised, the PTT invited the artist Georges-Léo Degorce to design a commemorative stamp invoking the solidarity between the two countries.

Unfortunately, his essays portraying Britannia and Marianne shaking hands were rejected and so Henry Cheffer, a more experienced stamp designer, was approached to submit an alternative interpretation. His design, depicting the Houses of Parliament, the Arc de Triomphe and the Seal of Friendship, was approved by Alfred Jules-Julien, Minister of Posts.

The design incorporated the date of the State Visit, 28 June, 1938, and the value 1f75 representing the foreign letter rate.

The stamp would therefore be printed in blue in accordance with UPU regulations. Two printings took place, the first on Press N° 5 from 9-17 June and the second on Press N° 2 from 13 June to 5 July.

On 20 June, a directive was issued by Monsieur G. Giral, Directeur de l'Exploitation Postale to postmasters with the instructions to issue the stamp on 28 June and to ensure that its sale took priority over ordinary stamps of the same value. However, little did he know that in a few days' time, he would be issuing counter-instructions.

Visit delayed
An announcement from Buckingham Palace stated that on 23 June, Lady Strathmore, the mother of Queen Elizabeth, had died following an earlier heart attack and that the State Visit would have to be delayed for three weeks until 19 July.

The postponement created a problem for the PTT as the stamp had already been printed and was now bearing an inaccurate date!

One option was to overprint the stamp with the new date but this would have detracted from Cheffer's highly successful and poignant design. A second possibility was to withdraw the stamps already printed, ask Cheffer to modify the die and start printing all over again. This was likewise rejected for fear of the unissued stamps finding their way onto a speculative philatelic market.

The PTT concluded they would issue the stamps as they were, on 19 July, despite the contradiction in dates.

The Visit takes place
On 19 July, the King and Queen crossed the Channel on the British Admiralty Yacht Enchantress and were welcomed to Boulogne and to France by M Georges Bonnet, the Minister for Foreign Affairs. The remainder of the journey to Paris was by train where they were met at the Bois de Boulogne station by President Lebrun and the Prime Minister, Edouard Daladier.

The PTT put the stamps on sale but a special cancellation was not provided. A plethora of privately produced first day covers could be purchased as well as souvenir cards enabling collectors to devise their own. Many of the cards and covers though had, like the stamps themselves, been printed before the postponement and bore the original date. Certain publishers applied a handstamp to correct the date, others ignored it.

Commemorative postmark
On 21 July, the Royal Couple spent the day in Versailles. In the morning the King attended a military review and in the afternoon he was joined by the Queen for luncheon in the Palace of Versailles.

The visit was commemorated by the PTT with a special slogan Flier postmark which had been successfully modified to show the revised date. Again, a variety of souvenir covers was available.

One such cover was a postcard franked with both Henry Cheffer's 1f75 State Visit and  Georges-Léo Degorce's 1f75 + 75c Château de Versailles issued earlier in the year. The irony was surely not overlooked by philatelists or by the two stamp designers.

Commemorative postal stationery
The finale to the State Visit and the most significant engagement of the royal programme was the unveiling by the Royal Couple of the War Memorial dedicated to Australia's dead at Villers-Bretonneux, a village on the banks of the Somme east of Amiens.

Originally the ceremony had been scheduled for 1 July but had been postponed until the 22 July.

Commemorative postal stationery was produced consisting of a two sets of five postcards each with a different view of the cemetery or monument. One set was printed with a 55c stamp in green representing the Interior Postcard Rate and the other with a 1f stamp in carmine representing the Foreign Postcard rate. The design was an adaptation of Cheffer's 1f75 State Visit issue but printed in photogravure instead of recess.

The cards were sold at face value in pochettes which still bore the original date of the inauguration, 1 July 1938. They were issued to the military personnel on duty at the monument on the eve of the ceremony but not made available to the public until midday on the day of the inauguration. Special hand cancellations and machine cancellation were available at Villers-Bretonneux and Amiens.

The State Visit was an enormous success as was the stamp design to commemorate it. It is therefore rather ironic that a stamp that was issued to celebrate Anglo-French solidarity against the common enemy, was finally withdrawn on 1 June, 1940, the day that British troops were being evacuated from French soil at Dunkirk.