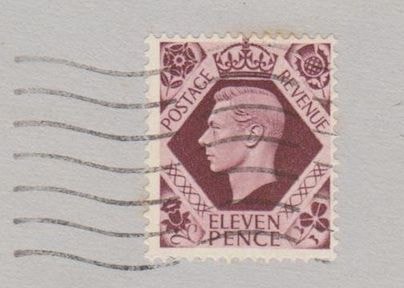 A single, mint stamp off cover is boring, suggests Stamp & Coin Mart stamp collecting expert Alastair Gunn, once you have the stamp, you tick a box in the catalogue and all is complete. ...

A single, mint stamp off cover is boring, suggests Stamp & Coin Mart stamp collecting expert Alastair Gunn, once you have the stamp, you tick a box in the catalogue and all is complete.

By collecting modern postal history, the collector can see the stamp in action, with postmarks, rates and rules influencing its journey.

Modern postal history is much more interesting than a single stamp. It is fundamentally about the postal rates and the stamps used to pay such rates; the job the stamp was actually doing.

This means exploring what the cover shows.

Is it paying the correct amount for local British postage?
Is it paying the overseas airmail rate to Australia or printed paper rate to overseas?
…Or surface mail to Chile?
The list goes on.

And there are, of course, further aspects to modern postal history, such as the addressee, sender, contents, quality of the stamp and cancel.

The result of searching out such covers – which incidentally should really be used during the correct time of stamp issue to ensure they are not merely ‘philatelic’ covers – is that you will create an interesting collection of scarce items, since much of the more modern postal history has been destroyed to with only the used stamps saved.

See some examples of modern postal history in our gallery

…and read about collecting QEII postal history in the April 2014 issue of Stamp & Coin Mart.