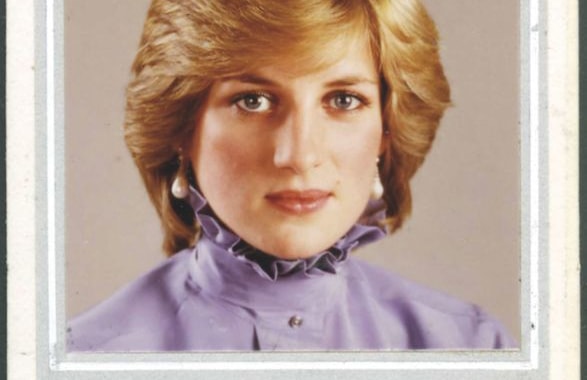 Stamp designer Jennifer Toombs recalls her varied career, which began with a stamp to mark the death of Winston Churchill, and explains why, despite advances in technology, artists and designers still have important roles to play in stamp design ...

Stamp designer Jennifer Toombs recalls her varied career, which began with a stamp to mark the death of Winston Churchill, and explains why, despite advances in technology, artists and designers still have important roles to play in stamp design

A major historical event inspired my first stamp design
The way I got into stamp designing was quite by accident.

It was the day of Sir Winston Churchill's death, and I heard on the radio that the US Post Office were planning to issue a commemorative stamp for him. My first thought was - if they can, then why not us?

That evening, I did a very rough sketch in black felt-tip of what I had in mind; a simple design showing a portrait of Sir Winston facing that of Her Majesty the Queen. It was then that a second idea came, almost like a thunderbolt: it was that famous photo of St Paul's Cathedral, standing intact at the height of the Blitz.

I felt this would symbolise all that the great man stood for: his tremendous courage in the face of the most frightening odds, and inspiring the stricken nation with his broadcast speeches: and behind all this was the true Christian faith, as symbolised by the Cross on the top of the Dome, lit by the fires of the Blitz.

I drew up a design, four times stamp-size, in full colour, as my father was eager to show it to his boss, at Metal Box, who might have some influence. This was the turning-point, as father's boss happened to live next door to one of the Directors of Harrison & Sons: he, in turn, was very keen on my design. And although the (then) GPO already had their own designs, the Crown Agents were looking for a suitable Churchill design which would serve as their Omnibus issue, to be released the following year.

To my amazement, I learned a few weeks later that my design had been accepted! On the strength of this, I left my employment and started on my freelance career in stamp designing.

I had the enormous privilege of working with him on the 'Coronation' Omnibus of 1978, and although we seldom met to discuss the progress in person, we managed to convey ideas very well, thanks to the telephone and letters! (Neither of us was into computers then.)

The whole project flowed without a single negative word, and we were both very happy with our allotted work. Clive was a joy to work with.

Despite the advances in computer technology, artists and designers still have a role to play
No doubt the main factor in the change of stamp design is the advent of the computer, and the use of more and more sophisticated software packages. Innovations in printing have gone leaps and bounds too. It is all very exciting, and I feel one should keep up with it. But I hope that beautiful crafted work, such as the engraved work of the genius of Slania, will still be very much to the fore too. I feel very strongly that artists and designers still have a role to play.

Even with the use of photography, there must be some discipline involved in applying photographic work to stamp design; I have seen one or two instances where the text is rendered almost illegible! Any good design can be achieved with CAD as well as hand-drawn techniques: it's up to us designers and artists to know how to apply these. And both can be incorporated successfully into a design: an example is my 'Darwin' issue for Pitcairn, in which the background was produced digitally, but the 'elements' in each stamp were hand-drawn.