Got the collecting bug? What about the collecting 'bug stamps' bug? Katrin Raynor-Evans heads outside with her magnifying glass to find some new additions to her collection in this week's thematics column.

Love them or hate them, we cannot escape the buzz, bites or blights of insects.

They are important to our global biodiversity but can also cause mass destruction on a huge scale. They've been a rather popular theme to illustrate on stamps all over the world too, proving that our fascination and relationships with these creepy crawlies is one to be celebrated. 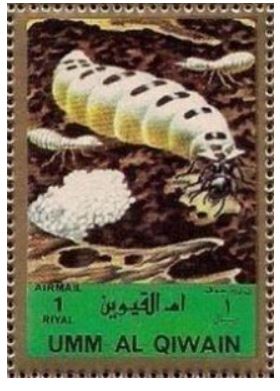 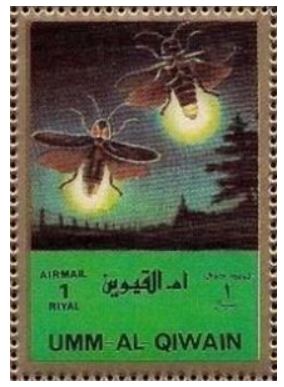 Umm Al Quwain, an emirate within the United Arab Emirates has not been one to shy away from featuring insects on stamps. In fact, a quick internet search will bring up quite a few hundred! From cicadas to cockroaches, ladybirds to beetles, sixteen air mail stamps illustrating a variety of insects was issued in 1972 each with a value of 1 United Arab Emirates riyal.

The importance of insects within our natural environment was highlighted on a delightful miniature sheet issued in Dominica in 2002. 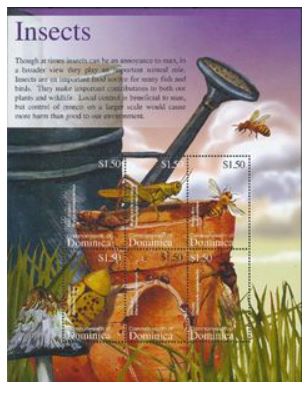 Six stamps on the miniature sheet make up the wider image featuring a watering can and text explaining the role of insects in nature. It is rather unsurprising that Dominica chooses insects to feature on stamps because the island is home to many rare plants and animals. In fact, the island is known as the ‘Nature Isle of the Caribbean’ playing host to lush mountainous rainforests and a vast range of biodiversity including the threatened species, the Hercules beetle. 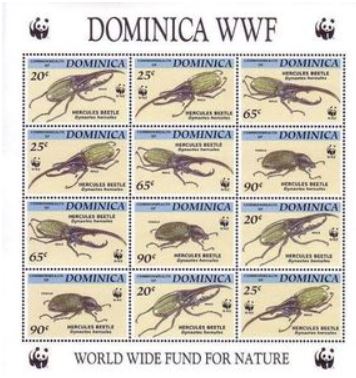 In 1994 four stamps illustrating the Hercules beetle were issued in Dominica in conjunction with the WWF, the leading independent conservation organisation. Beetles were also the choice of insect in Kyrgyzstan in 2018 when the fauna of the country was celebrated and some lovely stamps were produced featuring the Scarab beetle, the Rhinoceros beetle and the Rose chafer for example. 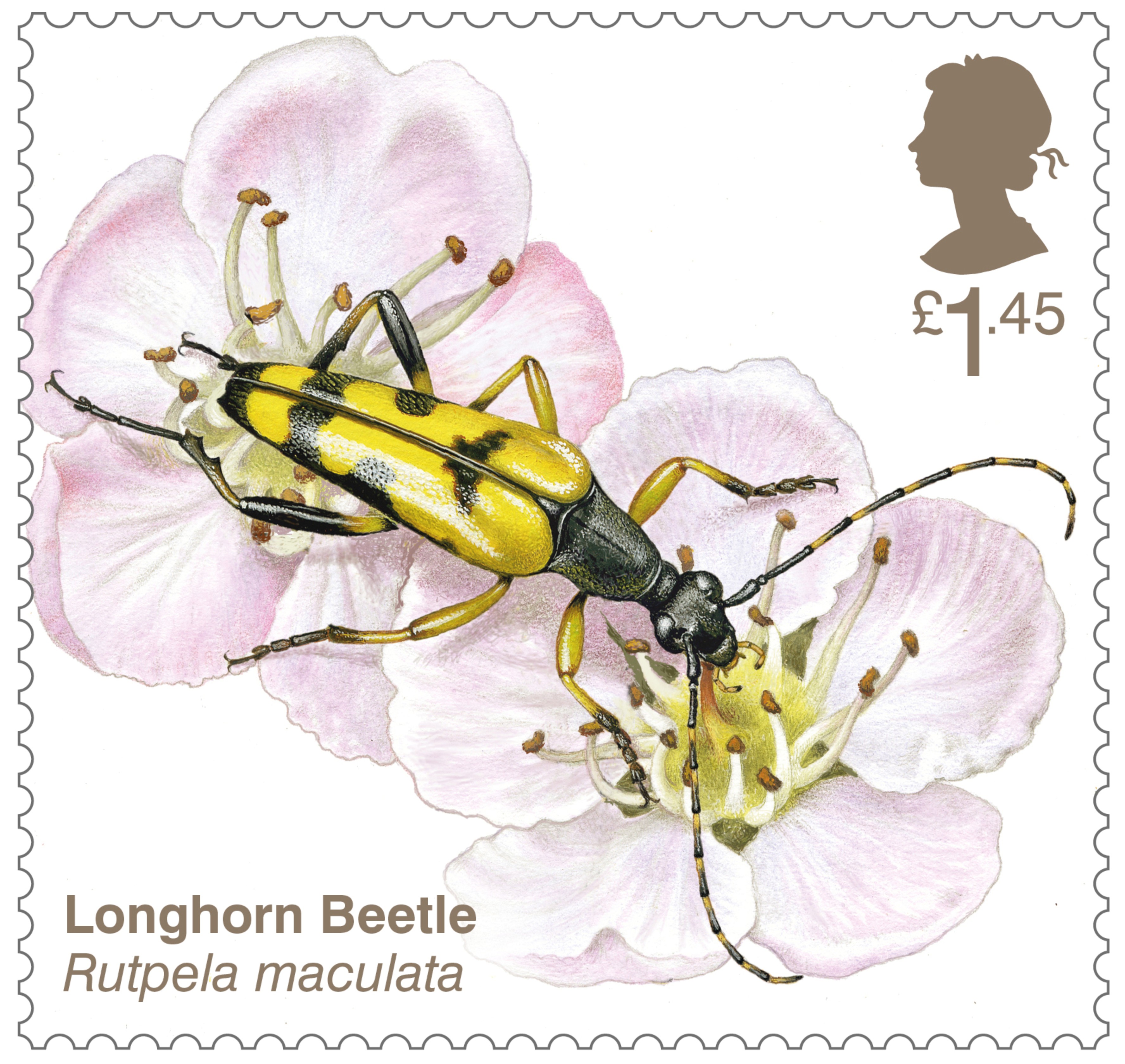 Closer to home you will all be aware of the Brilliant Bug set issued in October 2020 by the Royal Mail which celebrates six important pollinators found here in the UK and in April 2021, a set of stamps focussing on Endangered Wildlife issued in Guernsey brings to our attention the plight of the Scaly Cricket and Black-Backed Meadow Ant. 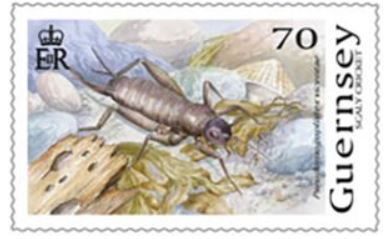 Thematic stamps are a fantastic way to raise awareness of our beautiful, vital and diverse insect community. With over 5,000 million species of insect world-wide, the potential for further stamps is endless and in a couple of weeks I will focus in on one of our much-loved garden insects.