Lighthouses are a hugely popular theme and Katrin Raynor-Evans has spent many happy holidays on the coast, spotting lighthouses in the distance, as her latest thematics guide reveals.

Lighthouses are beacons marking dangerous coastlines preventing seafarers from crashing onto rocks and they often mark safe entries into harbours.

I am sure when you have been on the coast at home or abroad, they have not escaped your curiosity.

I spent many happy holidays on the coast and spotting a lighthouse in the distance as dusk fell, winking in the fading light always excited me. 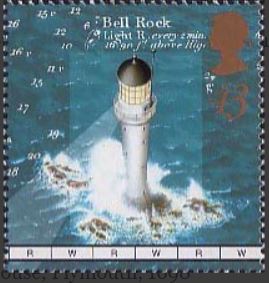 One of my favourite lighthouses is in the North Sea just off the coast of Arbroath. Bell Rock is the world’s oldest surviving sea-washed lighthouses and was commemorated on a 43p stamp in 1998.

The first lighthouse was built in Ancient Egypt between 284 and 246 BC. The lighthouse of Alexandria was constructed of granite or limestone blocks and the light at the top of the tower was produced by a furnace. 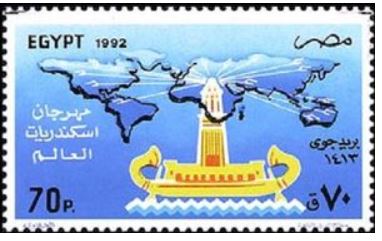 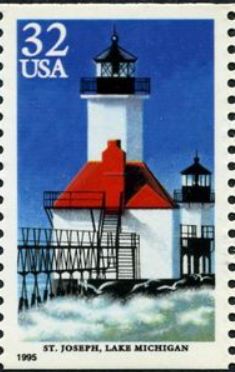 Unsurprisingly the country with the highest number of lighthouses is the United States. Out of all 52 states, Michigan possesses the most… a grand total of 129!

Five Great Lakes lighthouses featured on a stamp set issued in the US in 1995 starring St Joseph at Lake Michigan, Spectacle Reef at Lake Huron and Marblehead, Lake Eerie. 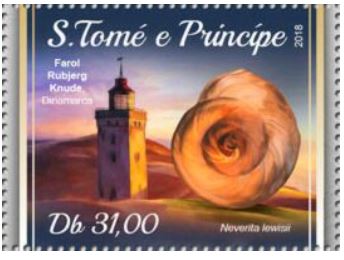 If unusual lighthouses float your boat, then check out stamps featuring the Rubjerg Knude lighthouse located in the shifting sands of Jutland’s North Sea cost and the world’s tallest lighthouse, Jedda Light in Saudi Arabia.

Situated on Lake Constance in Germany, the 108 feet high Landau lighthouse boasts a large clock that is visible from most parts of the city! The lighthouse featured on stamp issued in Sierra Leone celebrating Marine Life in 2016.

Next week I take a look at stamps featuring a mythical creature often associated with sailors and shipwrecks – ‘sea’ you then!