In her latest thematics guide, Katrin Raynor-Evans dives into the unusual theme of mermaids on stamps, and discovers some intriguing designs that reflect the folklore of many different countries.

When I was researching lighthouses on stamps, my mind wandered to mermaids. They are often associated with sailors and shipwrecks and have appeared in art, literature and films and yes, you guessed it – stamps too.

The most famous of all mermaids is surely Hans Christian Andersen’s Little Mermaid. Andersen’s fairy tale was published in 1837 and in 1913 a statue of the Little Mermaid was unveiled. The mermaid can be seen sitting on a rock in the harbour of Langelinie, Copenhagen. 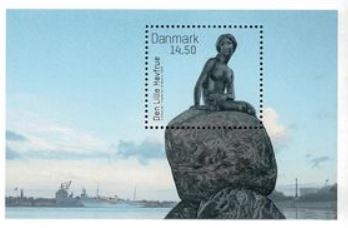 The centenary of the statue was celebrated on a 14.50 Danish Krone stamp issued in Denmark in 2013 and engraved by Martin Morck. A miniature or souvenir sheet was also issued and illustrates a wider view of the statue and the harbour.

Poland celebrated Andersen and his fairy tales on a set of stamps issued in 2005 which marked the bicentenary of his birth and issued a rather abstract image of the Little Mermaid featuring on a 1.30 Zloty stamp. 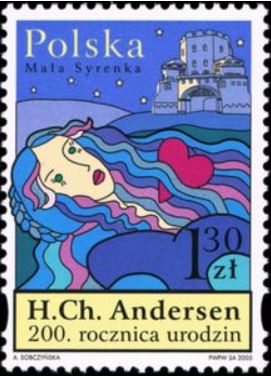 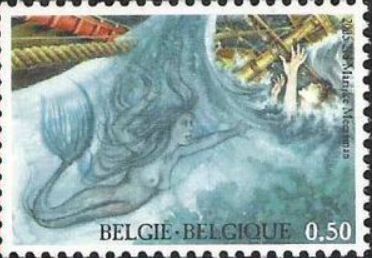 In the same year, Belgium too commemorated Andersen’s birth and issued a rather tragic image of the Little Mermaid reaching out to a drowning sailor on a stamp. 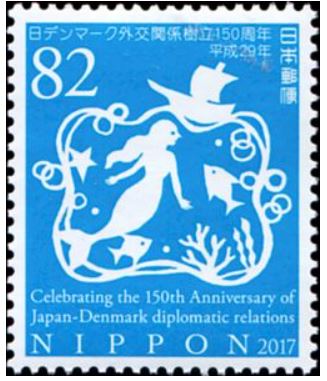 Even Japan has used the Little Mermaid for its stamp imagery when in 2017 the country issued a simple yet delightful stamp celebrating 150 years of Japan-Denmark diplomatic relations.

Mermaids have featured on stamps as far back as 1926 when Austria chose to use scenes from the Nibelung Legends, an epic poem about German heroic legend for their Child Welfare Issue. The olive-green stamp illustrates Hagen, a warrior and three of the Rhinemaidens or water nymphs. 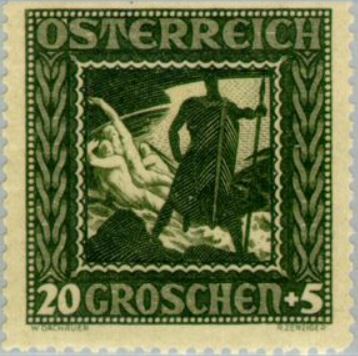 The UK chose to use mermaids on a 90p stamp in 2009 as part of a set of six commemorating Mythological Creatures. Join me next week when I will be taking a look at a branch of philately whose name derives from another character in folklore and appear to be something they are not!