With the British summer in full swing, Katrin Raynor-Evans grabs her umbrella and sun-screen and takes a look at the weather, a stamp sideline known as 'Meteo-philately'.

Philately offers a different and unusual way of learning and understanding our weather processes and systems here on Earth and even how space weather can affect us.

This branch of philately or stamp collecting is called Meteo-philately and covers a huge and diverse range of topics with thousands of stamps issued globally from Australia to Zimbabwe and even the British Antarctic Territory. 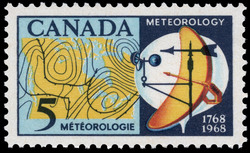 Predicting our weather wouldn’t be possible without the use of ground-based weather stations, remote- sensing, radars and satellites. In 1968 Canada celebrated the bicentenary of the first fixed- point observations undertaken at Fort Prince of Wales in 1768, Manitoba by William Wales and Joseph Dymond. This was Canada’s first meteorological stamp. 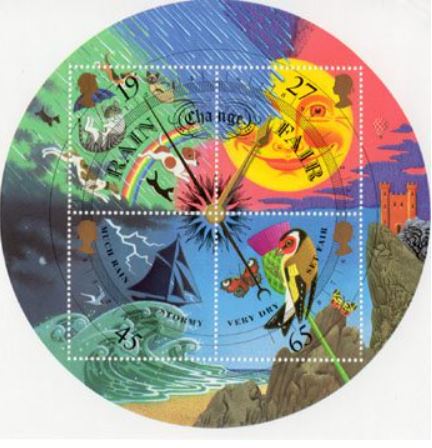 We are certainly well acquainted with seasonal weather here in the UK. On the 13th March 2001, the Royal Mail commemorated the 150th anniversary of the first weather map and issued four stamps which when affixed altogether, combine to make up the face of a barometer.

The four stamps illustrate stormy weather, fair weather, dry weather and rain. These stamps include a bright rainbow and illustrations of raining cats and dogs. The first-class stamp was printed with thermochromic ink - when heat is applied with a thumb or finger the dark cloud disappears. 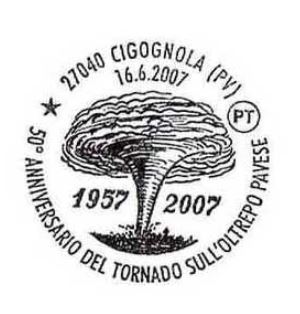 With the changing of the seasons comes more dramatic and powerful weather phenomenon across the globe such as tornadoes. Italy experienced a violent F4 tornado on the 16th June 1957 wreaking havoc in the province of Pavia. The 50th anniversary of this deadly event was commemorated with a pictorial postmark in 2007. 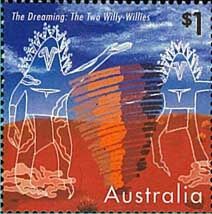 Australia issued a set of stamps in 1997 called The Dreaming, celebrating Aboriginal myths and included a willy-willy – a dust devil.

You might have thought it was more suited to a rainy day, but philately really is a hobby for all weathers!