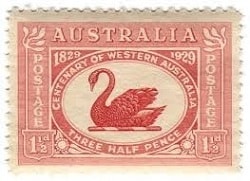 With a massive 30,000-plus bird stamps available worldwide, it’s easy for this thematic to seem overwhelming. Find out how to get started and stay organised with our in-depth advice from the experts

As one of the world’s top thematic topics, collecting bird stamps can seem an intimidating prospect, even to an experienced collector. However, this thematic has produced thousands of beautiful and detailed stamps from talented wildlife artists, showcasing birds of the world in all their splendour.

Unsurprisingly, the popularity of bird stamps began early in the history of stamp collecting.

Several bird stamps appeared before the turn of the 19th century and the oldest known bird stamp is the Basel Dove which was issued on 1 July, 1845 and produced by the Swiss canton of Basel. Approximately 41,000 copies of the stamp were printed, which were valid for around nine years.

The Basel Dove was the first postage stamp to have three different ink colours incorporated in the design (by Melchior Berri) and it features a white embossed dove carrying a letter in its beak with a background in black, crimson and blue. The stamp is now considered to be extremely rare (with the number of examples in existence unknown) and a single example is worth around £13,000.

Since then, countries around the world have issued single stamps and series devoted to birds – from common, or garden, birds, through to majestic birds of prey and the hardy species that thrive in some of the planet’s harshest landscapes.

Despite the huge range of material on offer, a bird theme doesn’t have to be an intimidating proposition.

Because there are so many sub themes, it’s easy to find one or more areas of interest and build your collection around those, perhaps adding in extra topics as time goes by.

Don’t forget that Stamp & Coin Mart’s monthly ‘new stamps’ section is indexed by theme, allowing you to keep up to date with bird-themed issues from different countries.

So how should you get started with this vast topic?

Planning ahead is the key, advise the committee of The Bird Stamp Society (BSS):

‘The essential criteria are what you hope and plan to collect. There are perhaps about 30,000 so-called bird stamps in existence from all over the world. Traditional philatelists might dictate geographical boundaries for sources of material, for example, certain countries or larger areas such as continents and time periods such as the 20th century or stamps produced in the reign of a particular monarch or the rule of a particular president.

‘Many ornithological philatelists choose to focus on one or more bird families and collect, for example, stamps that only feature owls, penguins or birds of prey.’

Chris Gibbins of Birds of the World website adds:

‘Decide on the scope of your collection. For example, limit it to one or more family groups, such as kingfishers or hummingbirds. Birds from a specific geographical region. Birds I have seen. Don't try to collect everything, unless you have unlimited funds!’

Once you’re ready to start collecting, think about the growth of your future collection, advise the BSS:

‘It is good practice to at least keep your stamps in one or more stock books. This offers flexibility as a collection grows and loose-leaf stock pages offer an even better dimension. The ultimate aim would be to have professional quality albums into which the stamps can be arranged according to the collection criteria and adding as desired or as necessary details about the issue in question e.g. date of printing, names of the birds (in English and perhaps the scientific name in Latin) and their geographical distribution. If a collection focuses on specific bird families, details of these could be added to enhance the material.’

There are several online resources for keeping up to date with the latest bird-related new issues.

Don't try to collect everything, unless you have unlimited funds!

Kjell Scharning’s online catalogue of bird stamps (www.birdtheme.org ) presents more than 30,000 stamps with both their English and Latin bird name, listed by country. Each country has its own page on the site and there is also a section of new issues which is updated regularly. The Bird Stamp Society website (www.birdstampsociety.org) also has news, events and features.

So, which countries have produced the most bird stamps over the years?

‘This is a somewhat emotive subject,’ says the BSS, ‘as many third-world countries now run the printing presses to entice collectors to raise foreign currency for their banking reserves. Equally frustrating is that Stanley Gibbons do not recognise many of these issues and consign them to an appendix in their catalogues with the testimony: “The following stamps have either been issued in excess of postal needs, or have not been made available to the public in reasonable quantities at face value”.

‘The probable top five countries for quantities of bird stamps produced by any single postal authority are all African and can be ranked thus: Guinea 615, Sierra Leone 605, Guinea-Bissau 569, Mozambique 560 and Gambia 535. The top ten countries alone account for over 5,000 stamps.’

As in all other areas of stamp collecting, fake stamps can catch out the unwary collector. The BSS has this caution:

‘There are many instances of forgery in the philatelic world and certainly some in the bird stamp market which are either: a) copies of genuine and typically valuable or rare stamps such as the 1933 King Penguin five shilling issue from the Falkland Islands currently catalogued at £950 by Stanley Gibbons; b) fake stamps produced for fictitious postal regions such as the set from Maluku Selatan which purported to be a province of Malaysia. These and other “Cinderella” issues are nevertheless collectable but are not listed in recognised stamp catalogues.’

With thousands of stamps on offer and more being issued at least every few months, you’ll certainly be spoilt for choice so don’t be afraid to choose more than one subject area, as there will certainly be enough old and new material to grow your collection quickly. A particular species, the birds of a single country, seabirds or birds of prey are just a few of the possibilities

The Bird Stamp Society has this advice on themes:

‘Apart from geographical or time criteria, another dimension that might motivate a collector is to collect bird stamps allied to a particular environment. Thus, one might collect bird stamps associated with a wetland environment and focus on waterfowl, herons, storks and such-like. The Arctic would be quite difficult but the Antarctic is well represented with numerous issues depicting penguins and other seabirds. A greater challenge might be to collect desert species while tropical rainforests and woodlands would offer further opportunities.

‘Subjects related to ornithology can also form the basis of a collection and/or exhibition subject so that one might assemble stamps related to the seasonal migration of birds, the nesting habits of various species or birds used by mankind such as falconry.

‘Some ornithological philatelists choose to ignore “doves of peace” which are very numerous and feature in most country lists, and prefer to avoid domestic birds such as poultry (chickens, turkeys and farmyard ducks and geese). Pet birds tend to creep into sets of parrot stamps but ultimately it’s the collector who draws the line.’

Once you’ve chosen the birds you’d like to collect, the challenge continues with the process of identifying the birds as they appear on stamps.

‘Most bird stamps are miniature works of art where the subject has been sourced from a painting or drawing. The most obvious problem is when birds are badly portrayed, even in colour. A large proportion of bird stamps have the name of the bird in English and/or Latin (scientific name); the latter should eliminate confusion about colloquial names but mistakes are made both in the printing of issues as well as how they are described in a catalogue.

‘Some bird stamps are based on photographs but this doesn’t necessarily aid identification. Another serious handicap is the practice of many issuing authorities depicting birds on their stamps even though the bird is never found in that area e.g. penguins in West Africa. Flight, the quarterly magazine of the BSS, provides identifications of recent birds on stamps and the BSS website provides links to other websites which identify back issues.’

As you would expect, Royal Mail has issued several bird series over the decades.

The 1966 British Birds commemoratives, designed by John Norris Wood, featured the Blackbird, European Robin, Blue Tit and Black-headed Gull, each with an attractive coloured sketch, alongside a silhouette of the Queen.

The 2003 Birds of Prey issue featured five different stamps showing different stages of a Barn Owl in flight, with the bird’s light-coloured feathers shown up strikingly against a black background.

As well as the stamps featuring them as main subjects, birds have also made their appearance on other British stamps over the years, including a set of five Christmas 1983 stamps showing birds in snowy scenes including at a postbox, huddling beside a chimney pot and under an umbrella.

Birds were also part of the Millennium Series in The Settlers’ Tale with a 20p stamp showing a Norman with a dove, and a hummingbird stamp representing thousands of years of migration.

One of the most unusual GB bird stamps is a 1988 stamp released to commemorate the centenary of the death of Edward Lear, of The Owl & The Pussy Cat fame. The 27p stamp shows a self-portrait of Lear as a bird, whilst two other stamps show owl going to sea with cat, and a lady being attacked by birds, making reference to Lear’s limerick ‘There was a young lady whose bonnet…’

Finally, as your thematic starts to build, what should you keep an eye out for to really lift your collection out of the ordinary?

‘Inevitably any issue that is relatively rare or unusual would enhance a collection,’ says the BSS. ‘Early bird stamps from anywhere in the world have appeal (and value) such as those already mentioned above. Nineteenth-century issues from China and Japan would be a highlight in any collection as well as those from the 1850s from Western Australia featuring Black swans.’

‘My favourite stamp globally is probably a 1965 stamp from Uganda featuring a Lilac-breasted Roller because it is such a beautiful bird and a simple design.

‘For complexity, I choose the 1997 Christmas stamp from Slovenia with six or more species in a snowy scene with birds feeding outside a window, being observed by children. Also, Namibia regularly issues excellent bird stamps, designed by local artists.’

The Bird Stamp Society is a UK-based society with a worldwide membership of around 150. New members are very welcome and the committee is always willing to offer advice and guidance on bird stamps.

The BSS produces a sixty-page A4 quarterly magazine Flight which includes items submitted by members on bird-related matters and new issue listings. The society runs a quarterly auction which in recent years, has comprised around 700 lots and generated over £2,000 of sales in each auction. The group also runs a successful exchange packet scheme.

Membership is £15 UK/ £22 mainland Europe/ £27 rest of the world. Members who accept their magazine via the group’s website pay a subscription of £5. To find out more, visit: www.birdstampsociety.org