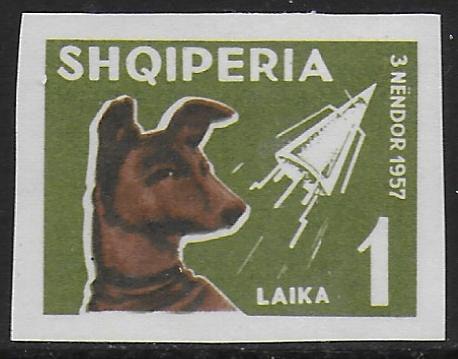 Since time immemorial man has taken an interest in space trying to understand as much as possible about the planets and the stars, and it’s no surprise that space stamps are a hugely popular theme, as Christer Brunström reveals in our expert guide.

Early man soon discovered that the sun and the moon had a considerable impact on life on planet earth. As space was something unknown it also became the setting for many of man’s religious beliefs. At times strange phenomena such as comets occurred and people on earth tried to figure out their significance.

The early astronomers made a number of significant discoveries. They were remarkable scientists such as Galileo Galilei (1564-1642) who used telescopes for the observations of celestial objects, Nicolaus Copernicus (1473-1543) who placed the sun in the centre of the universe, Johannes Kepler (1571-1630) who established the laws of planetary motion and Englishman Edmund Halley (1656-1742) who computed the periodicity of the comet which bears his name. They were all commemorated on a set of stamps released by the Comoro Islands in 1988.

For centuries travel into space was seen as impossible. However, it all changed with French writer Jules Verne (1828-1905). He can be seen as the creator of the science fiction genre. In his novel From the Earth to the Moon (1865) he tells about the members of the Baltimore Gun Club who wanted to travel to the moon. Using an enormous gun in Florida they planned to launch a manned projectile capable of reaching the moon. The book has a lot of scientific calculations to prove the feasibility of the plan.

A projectile carrying three men was indeed sent into space but instead of reaching the moon it just circled it, never to return to our planet. This is probably not the way people had imagined their journeys to the moon or other planets for that matter. However, it is one of Verne’s more famous books and it probably inspired many people to search for better ways of travelling into space.

There were numerous other scientists trying to figure out how to send rockets into outer space. In the United States, Robert Goddard (1882-1945) made the first successful launch of a rocket on 16 March 1926. Wernher von Braun (1912-1977) helped build the German V2 rockets which were used to bombard London during the Second World War. After the war von Braun was employed by the Americans to help develop their fledgling space programme.

But it was not the Americans but the Russians who succeeded in launching the very first rocket. On 4 October 1957, Sputnik 1 was sent out into space. This also marked the beginning of an almost endless stream of space-related thematic stamps from the Soviet Union.

The Russians then continued their space programme with the launch of Sputnik 2 on 3 November 1957. This time the space craft had a crew of one – a dog called Laika. This of course created even more publicity for the Soviet space programme. Sadly they hadn’t figured out how to bring Laika back to earth.

On 12 April 1961 the Russians sent the first man into space. He was Yuri Gagarin (1934-1968) and he circled the planet in 108 minutes. When he returned to earth from his voyage in space, he had become a household name.

Russian pilot Valentina Tereshkova (1937-) became the first woman in space on 16 June 1963 when she orbited earth onboard Vostok 6 no less than 48 times spending almost three days in space. She was later followed by many other women. Tereshkova subsequently became a politician and married a fellow cosmonaut. 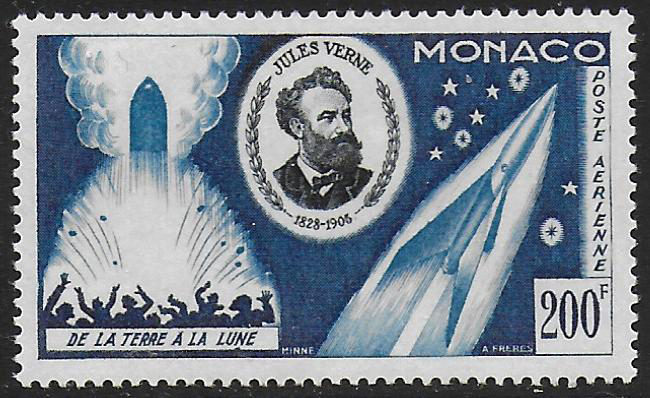 So far the Soviet Union had led the exploration of outer space much to the dismay of the Americans. However, on 20 July 1969 people all over the world followed American astronaut Neil Armstrong as he left the moon lander for the first walk by man on the moon. It was then that he pronounced the famous words: ‘That’s one small step for a man, one giant leap for mankind.’ He was accompanied by Buzz Aldrin. The third member of the crew – Michael Collins – had remained in the spacecraft.

The Apollo XI mission had started on 16 July and returned successfully on 24 July. Armstrong and Aldrin collected 21.5 kg of materials on the moon to be taken back to earth for further study. A small number of covers had been carried to the moon and today they constitute the most prized items in space philately.

The launch of Sputnik 1 in 1957 marked the beginning of space-related stamps. This particular theme quickly became a favourite with worldwide collectors. A large number of dealers offered stamps and covers commemorating the many achievements and specialised catalogues were published. In the late 1950s and throughout the 1960s, the space theme was a major collecting fad.

The Soviet Union was the main issuer of space related stamps followed by the Socialist states which also felt that they wanted to celebrate the many Soviet achievements. However, many other nations also released space-related stamps as they sold well. This explains why most third-world countries with absolutely no participation in space exploration issued so many stamps and souvenir sheets.

The first man on the moon led to most of the world’s postal services marking this memorable event with postage stamps.

Early on it was discovered that satellites could be used to speed up inter-continental communications and for radio and TV broadcasts. This use is of course also reflected on many postage stamps.

Today many other nations have joined the USA and Russia launching satellites into space. China, India and Israel are the most recent additions to the rather select group of nations maintaining their own space programmes.

Some companies are already planning for tourist voyages into space and according to reports in the press the first tickets have already been booked. So far we don’t know when these flights will take place but I shouldn’t be surprised if we hear about the first space tourists in the near future.

Collecting space stamps certainly isn’t as popular as it used to be all those years ago. However, this state of affairs provides excellent buying opportunities when old collections come on the market as there generally is very limited demand for them.

You can either collect everything that has been issued in connection with the conquest of space or just select those issues that were released by the countries which were actively involved in the many different space missions. The Soviet Union (today’s Russia) and the USA would be the main providers of stamps for your collection but many other nations have also taken part in the exploration of space either by providing astronauts/cosmonauts or by helping out with technical matters in one way or the other.