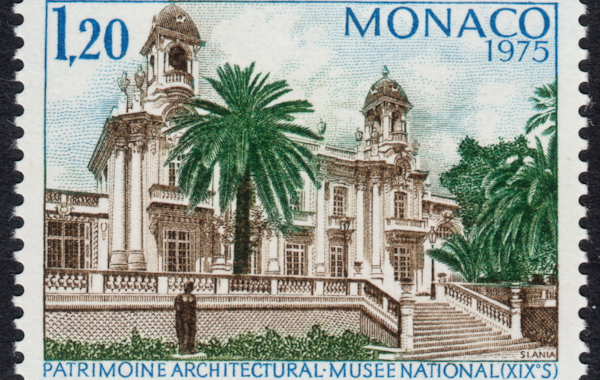 The European Architectural Year of 1975 aimed to 'awaken the interest of the European peoples in their common architectural heritage; to protect and enhance buildings and areas of architectural or historical interest; to conserve the character of old towns and villages; and to assure for ancient buildngs a living role in contemporary society.'

1. Monaco issued a stamp designed and engraved by Czeslaw Slania. It depicts the Villa Sauber in Monte Carlo, one of the locations of the New National Museum of Monaco.

2. The British Post Office marked the year with an issue of stamps, with five stamps, including a se-tenant pair issued on 23 April, 1975. The se-tenant 7p stamps showed Charlotte Square in Edinburgh and The Rows, Chester.

3. Great Britain was not the only country to combine events on their stamp issue. Austria produced a single stamp that marked both the EAHY and the 125th anniversary of the Austrian Commission for the Preservation of Monuments. The stamp illustrated the alterpiece depicting St Christopher and Child.

4. Arguably one of the most imaginative EAHY stamps was Portugal. One stamp had a brick-built arch symbolically sheltering and living in harmony with nature, while another had a stylised building plan. Perhaps the most appropriate to the EAHY was the design of a hand over an historical building, thus protecting it from being replaced by a tall, featureless tower block.

5. The Vatican City issued six line-engraved stamps in a large format, each picturing historical buildings of Vatican City. Five of the stamps had fountains prominent in the foreground.

Information extracted from the European Architecture in the July issue of Stamp & Coin Mart, available from our website.