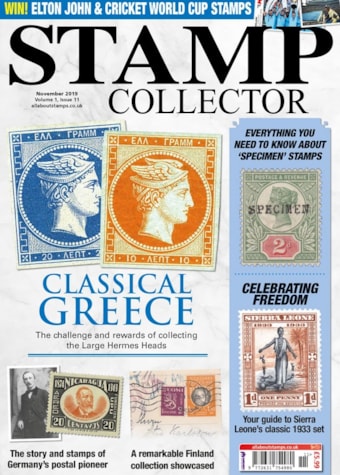 November’s Stamp Collector is packed full of advice, information and inspiration to help you build your collection.

What's in this issue?

What's in this Issue?

In the first of a two-part series, David Bailey takes up the greatest philatelic challenge of them all, the Large Hermes Heads of Greece, a stamp issue which was produced relatively quickly but has gone on to be considered a 19th-century classic

Dicover the classic Sierra Leone Anniversary of the Abolition of Slavery and the death of William Wilberforce set, 1933 in our collecting guide