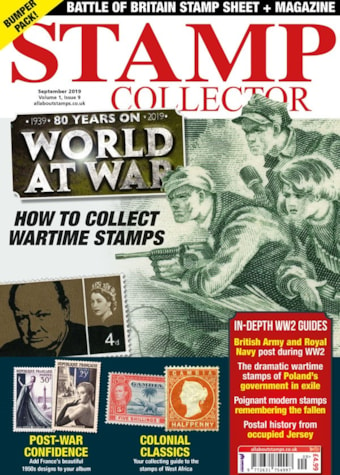 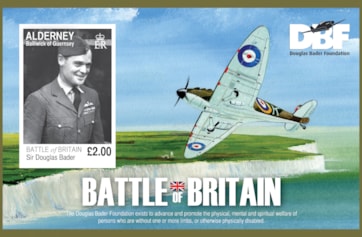 Get your Battle of Britain Stamp Sheet, by Guernsey Post! Plus, how to collect wartime stamps with our WW2 in-depth guides including British Army and Royal Navy stamps.

What's in this issue?

What's in this Issue?

To mark the 80th anniversary of World War Two, the September’s Stamp Collector is a special military-themed issue, with a range of in-depth articles dedicated to collecting the postal history of this dramatic period and the stamps issued both during the war and in the decades that followed as we look back and reflect on the conflict.

- As we look back to the 1940s, we provide a collecting guide to the stamps of King George VI, the monarch who became a vital leader during the conflict, including a look at the Anglo-French stamps proposed in 1940 and the ‘Victory’ stamps of 1946.

- In an exclusive article from the British Library Philatelic Collections, we reveal the fascinating stamps issued in London by the exiled Polish government.

- We provide an insight into WW2 postal history available to collectors, including the airmail sent between allied troops, a history of the British Forces Post Office, and an intriguing cover sent during the war.

- We also provide a thematics guide to collecting military stamps, and look at postal history and stamps reflecting other conflicts including the Vietnam War and the Boer War.

- Your collecting guide to Specimen stamps, picking out twenty examples you can add to your collection for under £100 each.

- Collect by country guide to India

- Previews of the latest stamps from Britain, Jersey, Guernsey and the Isle of Man