Discover Faroe Islands stamps – masterpieces from the remote islands in the North – and add to your collection today.

Most European people know little about the Faroe Islands, and would struggle to find them on a map. Yet they are among the United Kingdom’s closest neighbours.

Getting better acquainted with your neighbours can be a rewarding experience, and reveals that the Faroes have an interesting postal history and some beautifully designed stamps celebrating geography, history and culture. 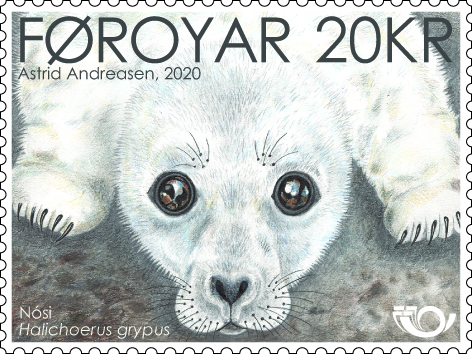 The seal pup - this fluffy-furred creature is an adorable sight with its big wide-open eyes and thick white coat.

The seal pup grows fast - in three weeks it goes from 15 to 50 kilos, whereupon it sheds its fur and sets off in its proper element, the open sea. The renowned Faroese science artist, Astrid Andreasen, has designed this beautiful stamp. 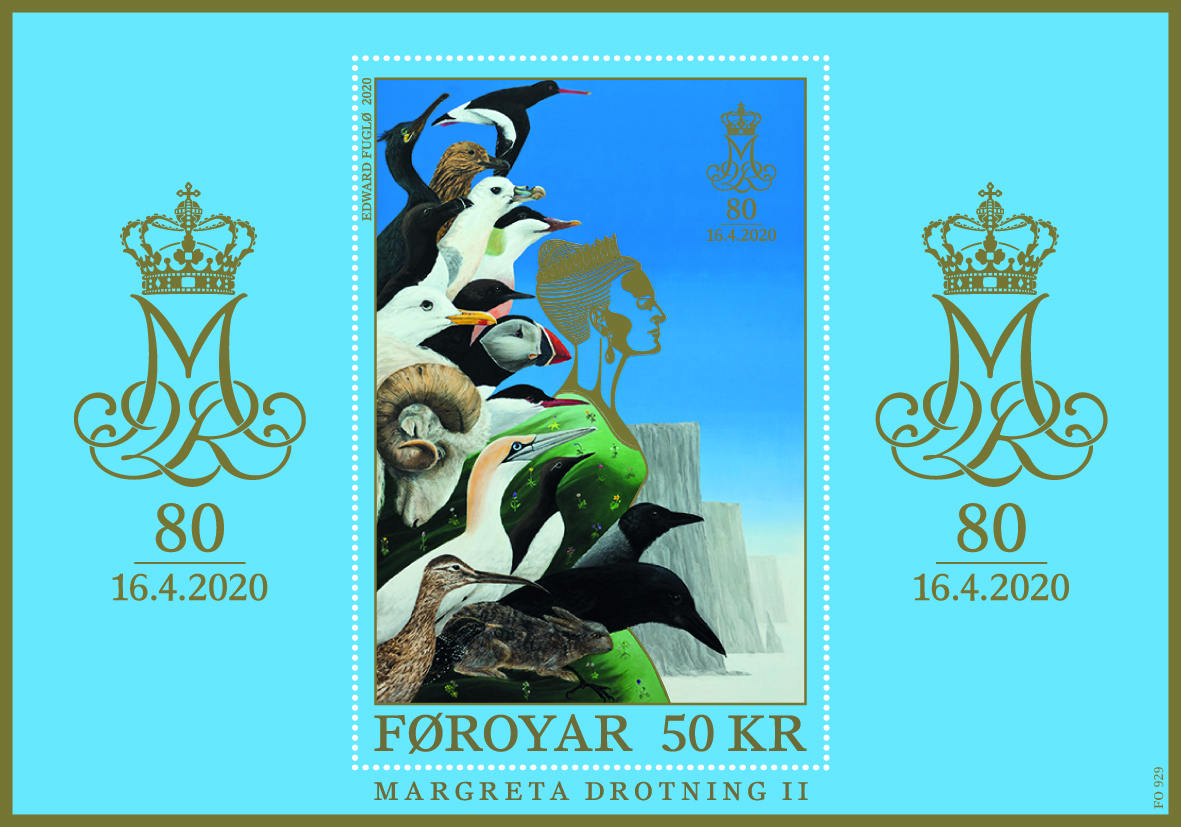 On April 16, 2020, Her Majesty the Queen of Denmark celebrated her 80th birthday. Queen Margrethe II was born in Amalienborg. She is the daughter of King Frederick IX and Queen Ingrid. On Queen Margarethe‘s birthday Posta Faroe Islands issued an exclusive mini-sheet of the queen. The motif is the official gift from the Faroe Islands in connection with the Queen’s 40th Regent’s Anniversary in 2012. The painting was done by the artist Edward Fuglø.

A special celebration folder will be issued on August 1st and it contains a mini-sheet, a numbered black print and a FDC. The folder is available for pre-order.

Postal routes in the Faroe Islands have always been difficult and challenging. Formidable mountains had to be climbed and deceptive straits crossed to deliver the mail - and sometimes things went very wrong.

One stamp shows the challenging stages on the Klaksvík - Viðareiði postal route, where postmen formerly had to climb steep mountains on the island of Borðoy. The motif describes a dramatic event where two experienced postmen are caught by storm and heavy snowfall on a mountain ridge.

The other stamp motif is the mail boat Ólavur VN138, which from 1930 until the late sixties, transported mail, freight and passengers from Vestmanna to the ferry place “Fútaklettur” on Vágar. The now 90-year-old boat still exists - and is currently being taken ashore for a well-deserved overhaul. Anker Eli Petersen designed the stamps. 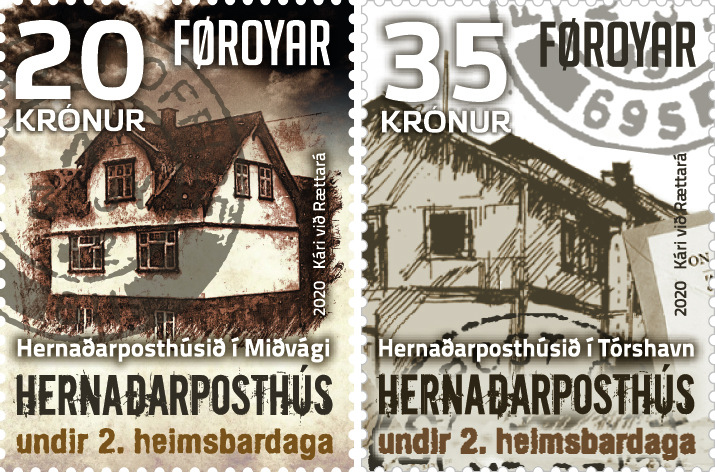 After German forces invaded and occupied Denmark on 9th April 1940 Britain acted quickly to secure Denmark’s territories in the North Atlantic by sending forces to Iceland and the Faroe Islands.

When British activity was at its peak, there were over 7,000 soldiers in the Faroe Islands and it goes without saying that they needed to establish communications with the homeland. Already in May 1940, the first Field Post Office was established in Tórshavn and later another in the village of Miðvágur. The special military cancellations used in these offices are depicted on the stamps along with the buildings where the post offices were located.

The mini-sheet also depicts Lovat Scouts who served on the Faroes as an infantry unit from May 1940 until June 1942. Below you see Royal Air Force (RAF) Personnel from one of the RDF (Radar) stations. In the bottom right corner Captain NMF Corbett is depicted. He was the Naval Officer in Charge and Fortress Commander in the Faroe Islands from 1941-1945. Kári við Rættará designed the stamps.

For full details of all our stamps, please visit: en.stamps.fo

For the latest news and updates, follow them on: