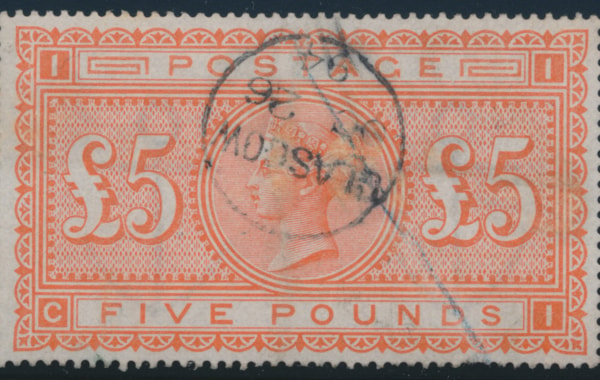 We provide a price guide to one of the most desirable GB stamps, the Queen Victoria £5 Orange, picking out ten examples that have sold in recent times… 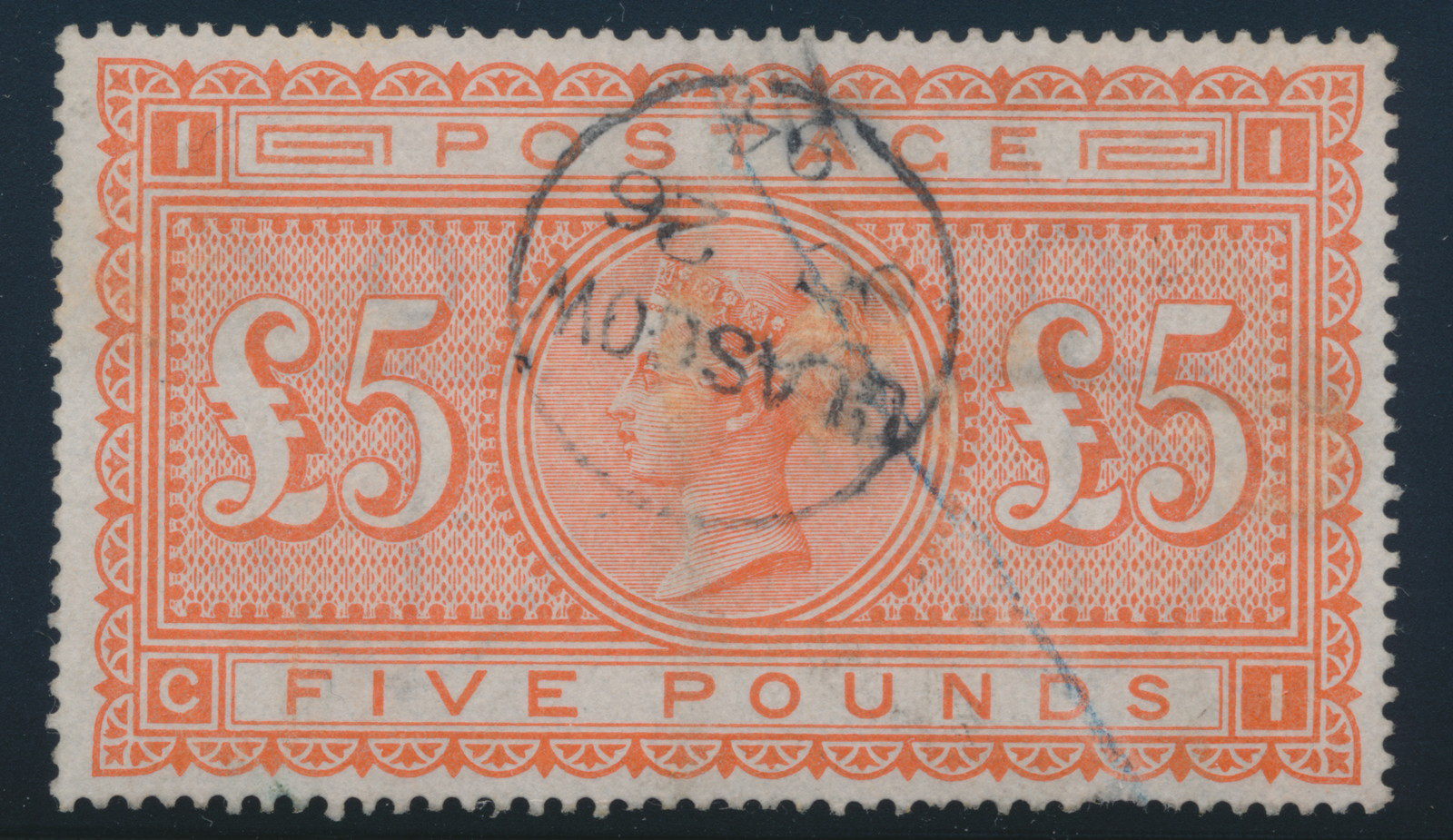 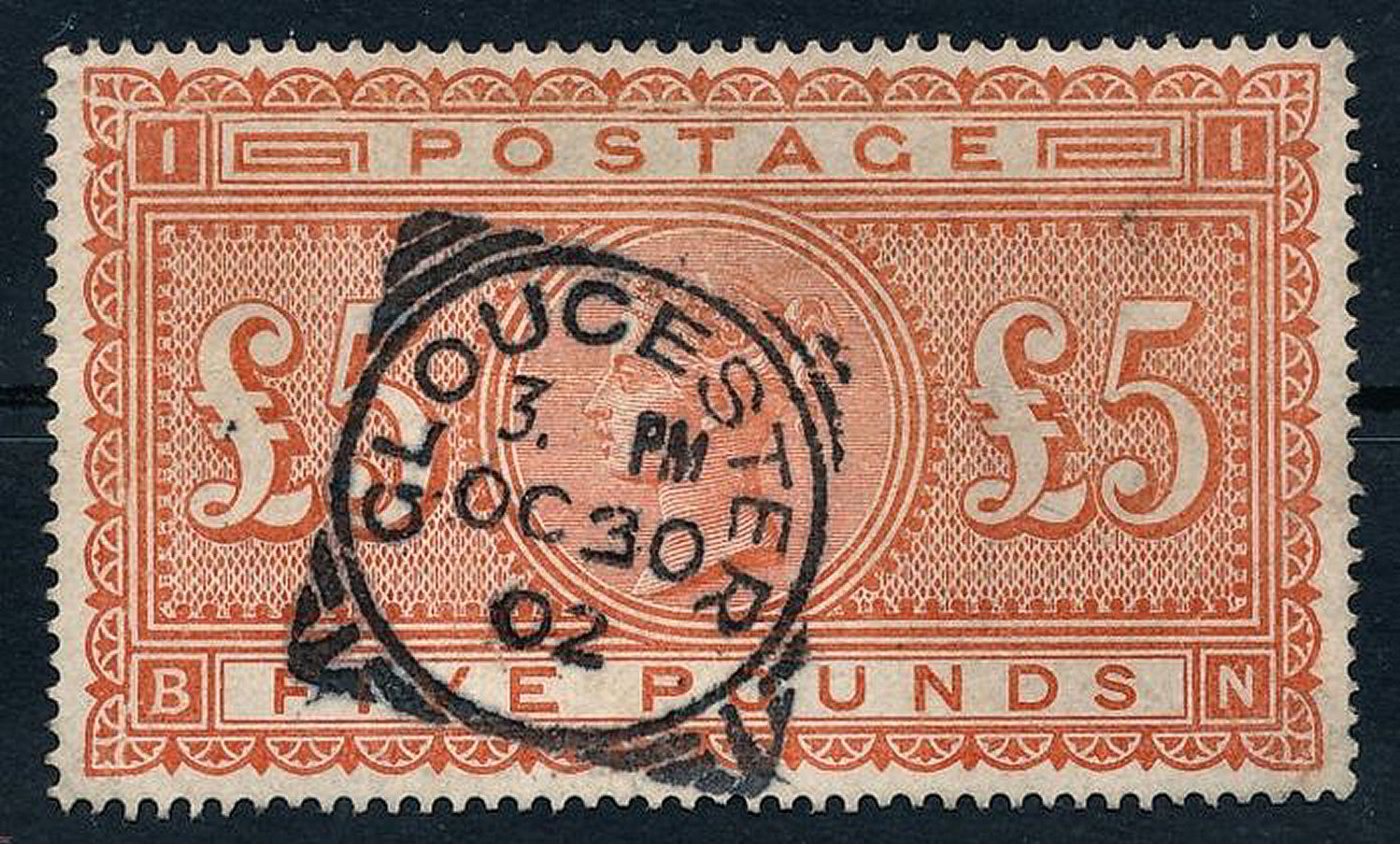 Catawiki seller carlos151060 recently sold this example for US $1,100 plus $15 shipping (£851). The stamp was described as having strong colour; very well perforated; and beautifully cancelled Gloucester 30 OC. 02 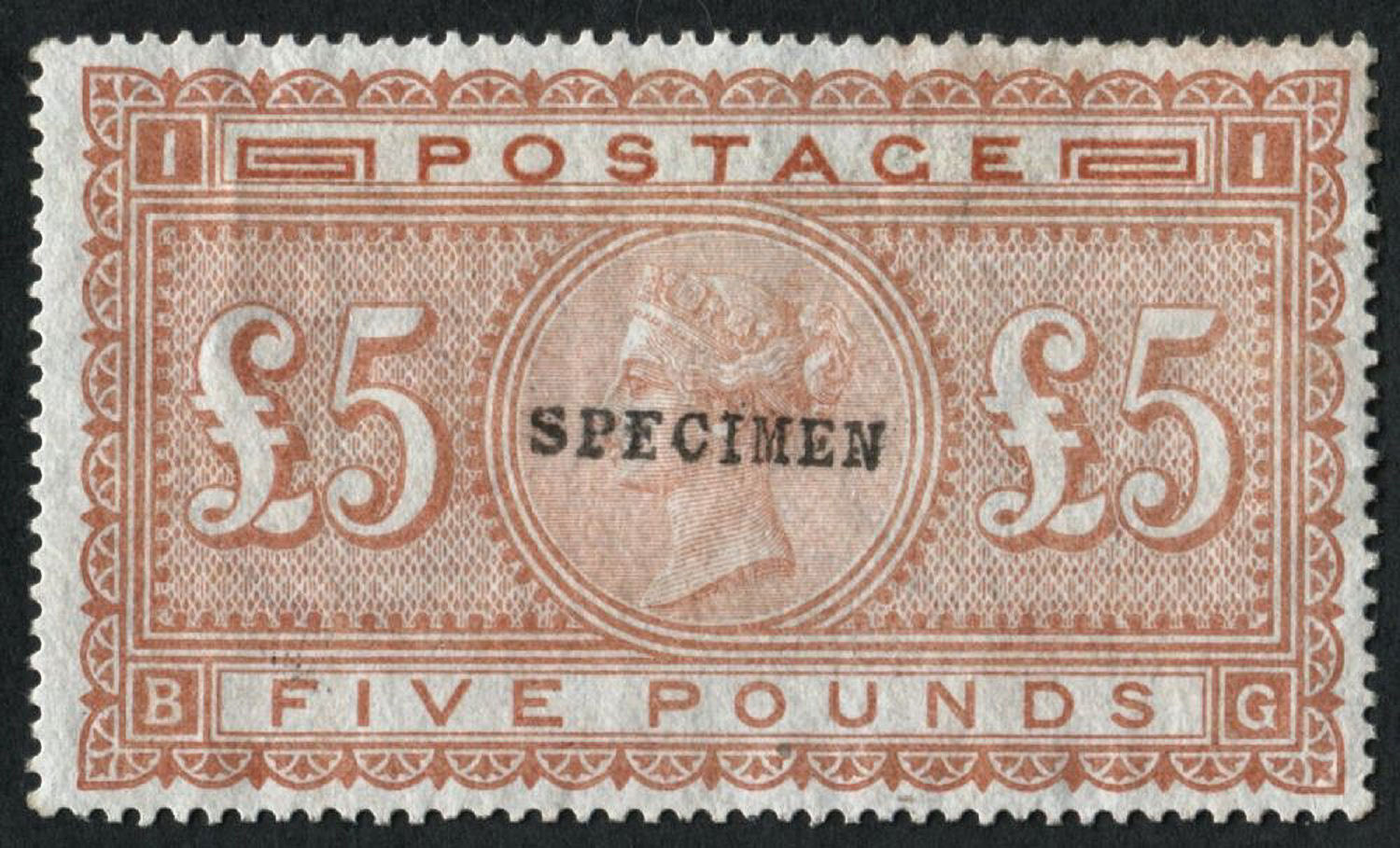 Dauwalders … Overprinted SPECIMEN. Fine; without gum; recently on sale at £1,395 plus postage. 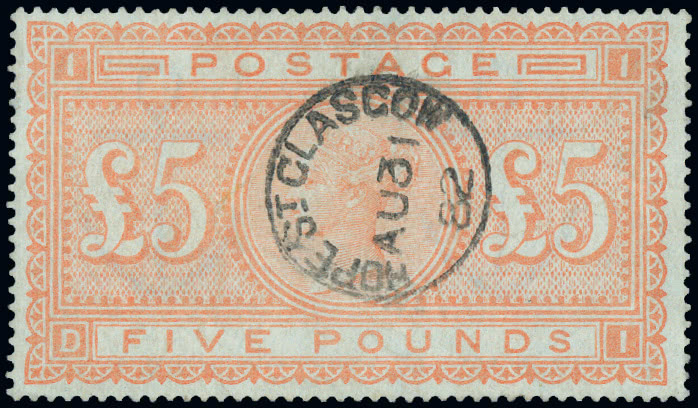 An example from a Grosvenor Philatelics 2012 auction. Described as watermark anchor on blued paper; used with HOPE ST. GLASGOW/AU31/82 c.d.s., with a pressed-out crease and central repair to left of the cancel. Fine appearance; with Brandon certificiate (2007). Sold for £1450. 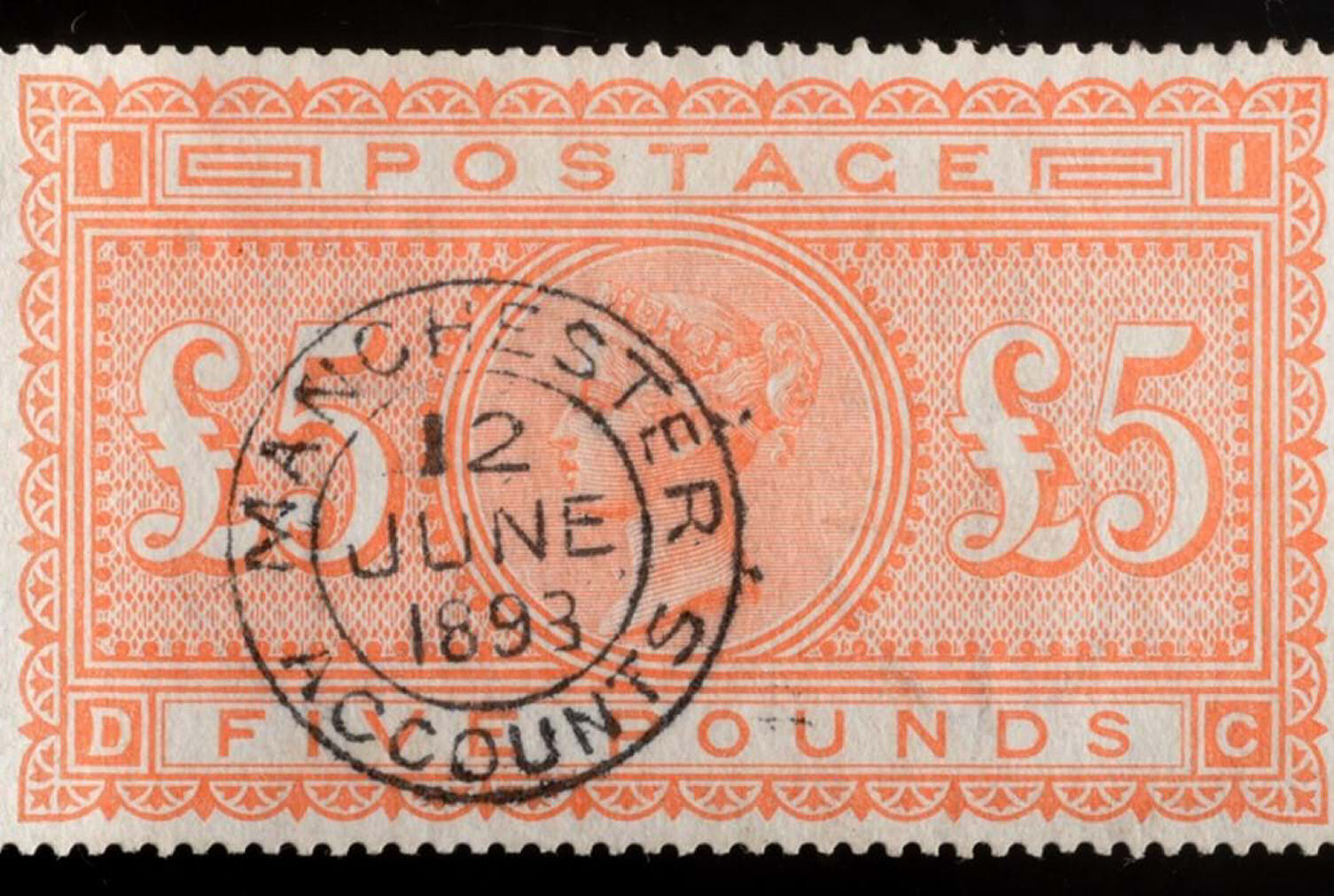 5 .. 1st November 2018. A superb Queen Victoria £5 Orange was one of the highlights of Tennants Auctioneers’ Stamps, Postcards & Postal History Sale on 31st October, 2018. It was described as a well-centred, fine used example, with Manchester cancellation mark for 12 June 1893. The stamp sold for £1,500. 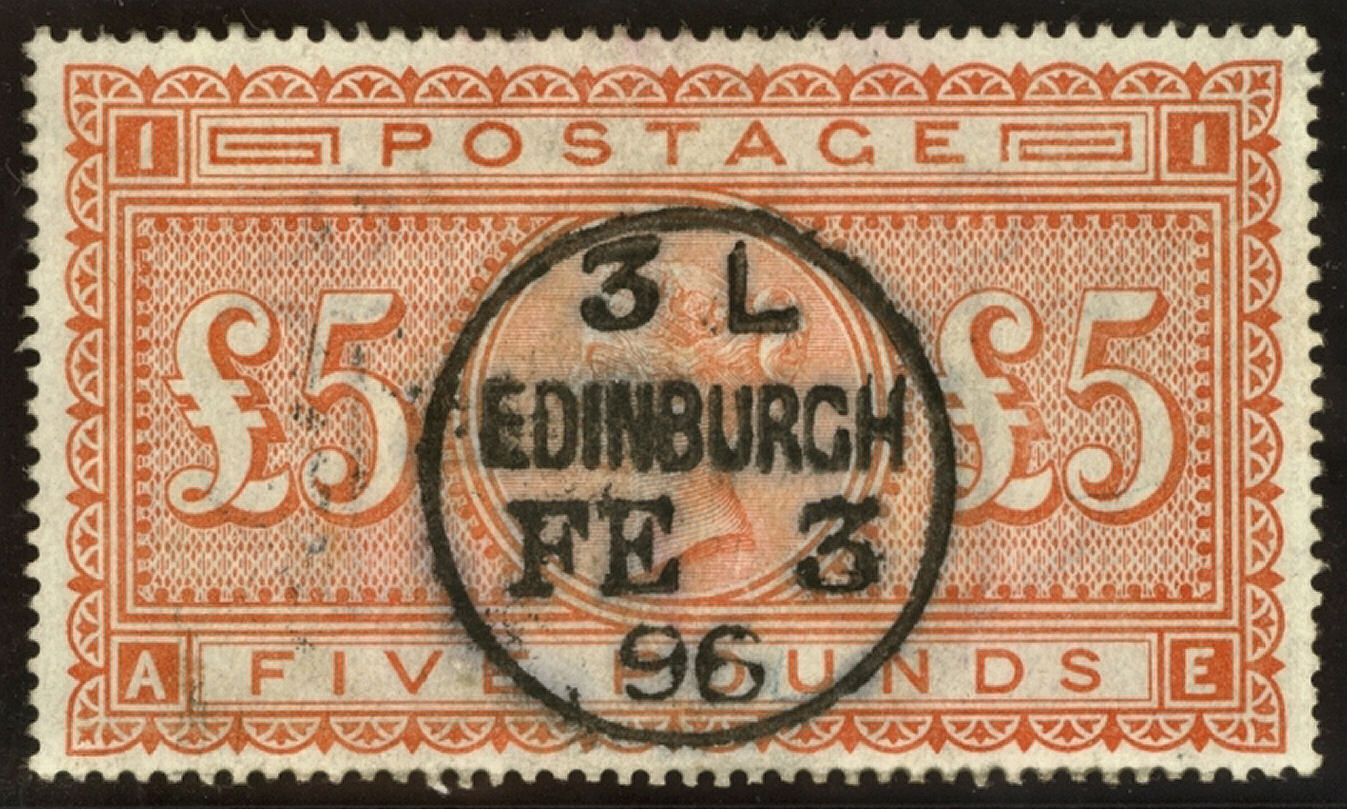 British-Stamps.co.uk  … recently offered this example, described as a very fine used well centred example, and priced at £1,745 plus postage. 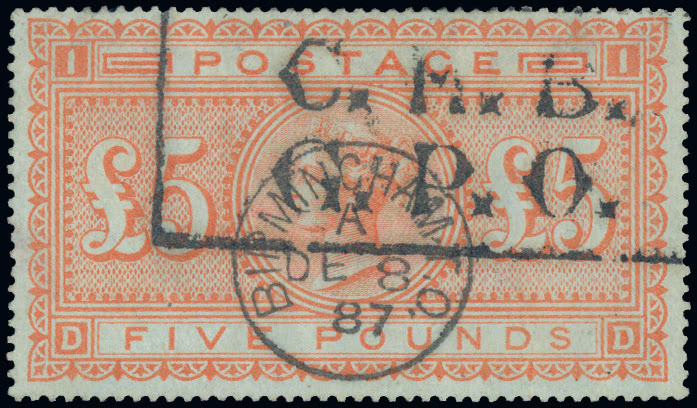 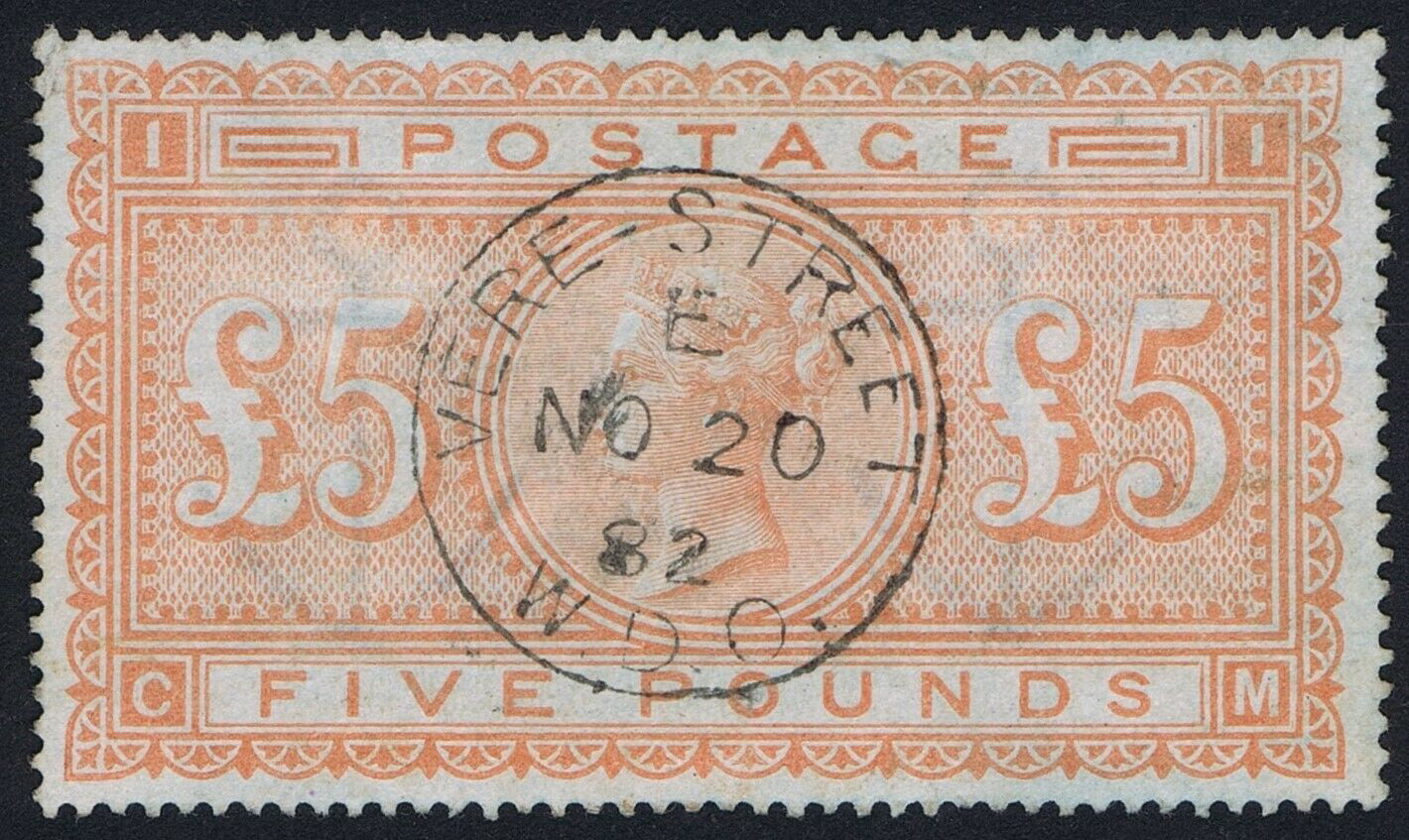 Mulready Philatelics recently had this specmen, described as  very good/fine used example of this very rare stamp, the £5 Orange on Blued Paper, lettered DM with fine colour and bluing and cancelled with a VERE STREET CDS for 20 November 1882 - the first year of usage. With Certificate which states ‘fine but I see the faintest hint of a pressed wrinkle on reverse.’ A very rare stamp so fine. Asking price was £5,995 with free postage. 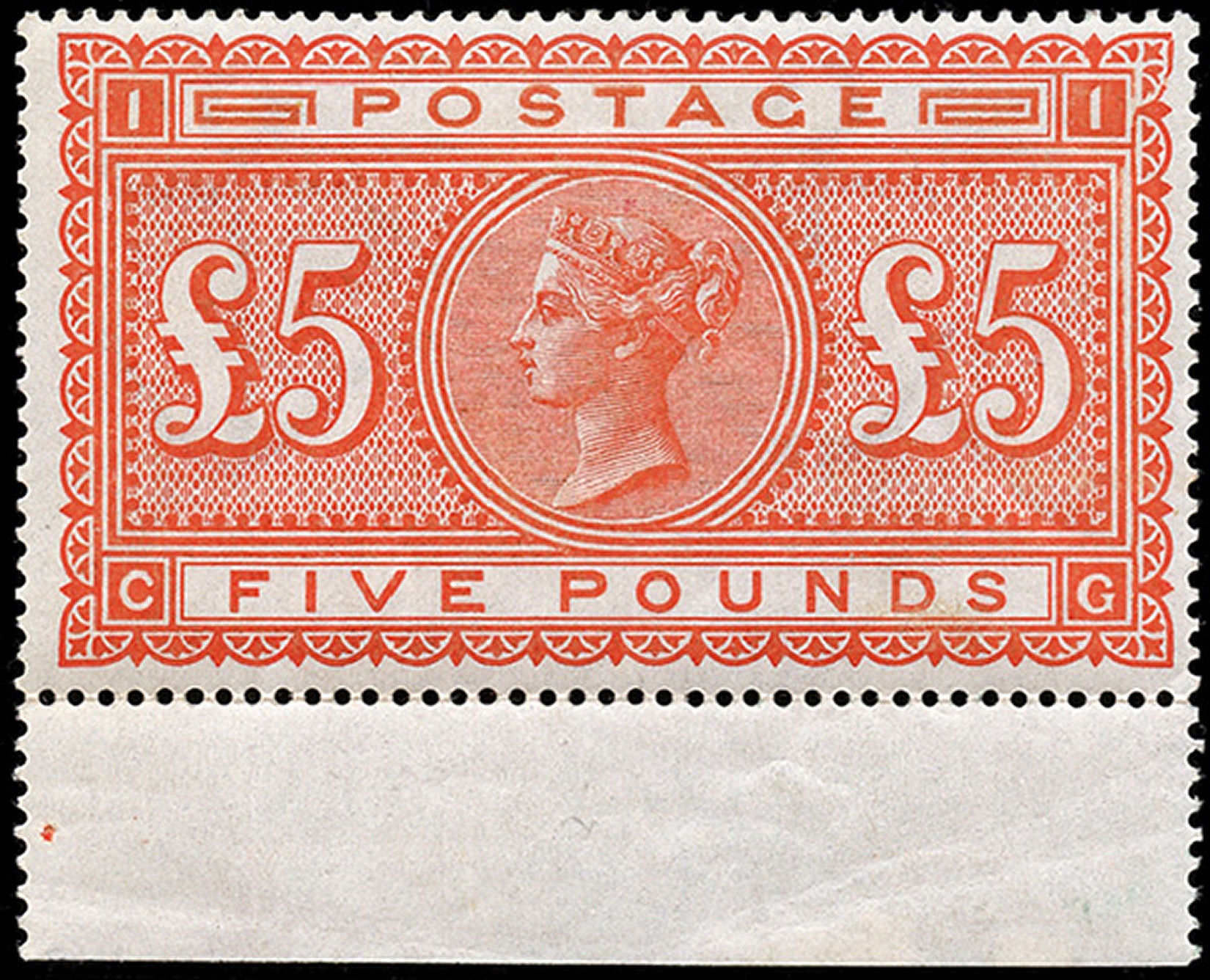 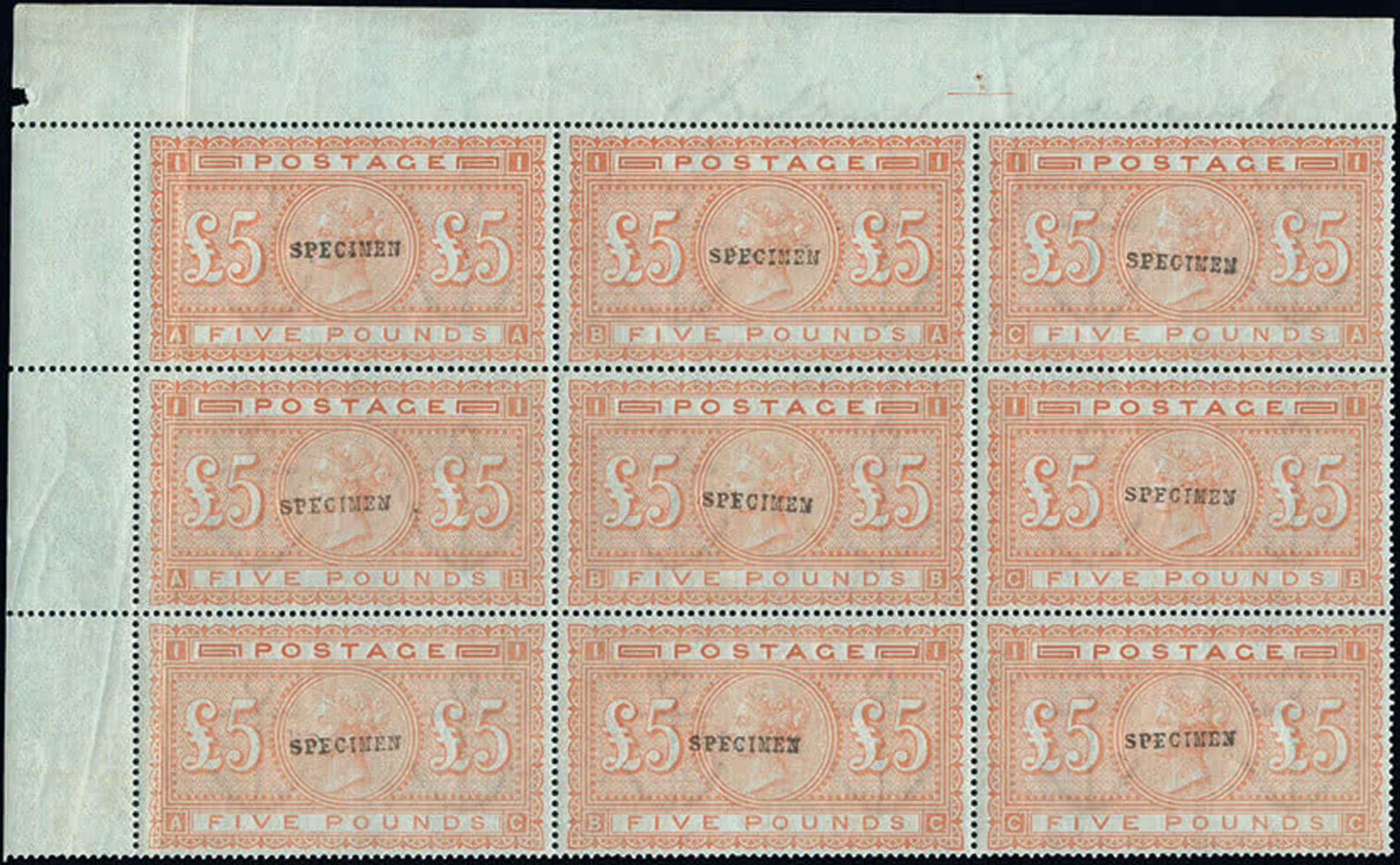 At Grosvenor Philatelic Auctions sale No.76 (in 2012) this block of nine from the top left corner of the sheet; watermark anchor,  on blued paper, AA-CC; and overprinted SPECIMEN, sold for £24,000. The catalogue described the block as having a vertical crease at left, gum wrinkles, but otherwise fine and fresh; and a most attractive and rare multiple.

Get price lists, auction details and events delivered direct to your in-box…
sign up to receive the free 'Buy & Sell Stamps' newsletters today!