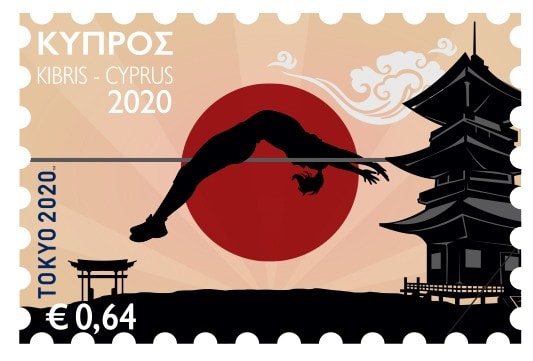 The postponement of the Olympic Games, until July 2021, provides the most examples of obsolete, or at least interesting, collectables.

The decision to retain the name Tokyo 2020 for the 2021 event means many stamps could still be correct, even if they were issued a year too early. However, a stamp trader explained that such items could soon have a historic significance and might go up in value.

Get more stamp news and views in every issue of Stamp Collector magazine, quickly becoming the world's favourite philatelic magazine. Find out more

‘The stamps might not be particularly rare in terms of numbers, but the story of the event’s postponement make these issues more interesting and desirable in years to come. If the issue date was in 2020, it may be worth keeping this information with the stamp set, in this case first day covers would be worth adding to your collection, as the date on the cover will not be the same as the event. A collection of stamps marking events that didn’t take place, or not when the stamp states, would be interesting, if a little sombre in this case.’

With major events like the Olympics, many philatelic bureaus issue their stamps well in advance, particularly the host nation, meaning Japan have already issued many Tokyo 2020 stamps.

Other post offices are able to postpone their stamp issues, such as the United Nations Postal Administration (UNPA) who confirmed that the planned ‘Sports for Peace’ release of mini-sheets of eight stamps will be postponed until 2021; a decision on whether the planned stamp design will change has yet to be made.

Some stamps are set to be issued in the coming weeks despite the postponement, such as Philatelie Leichtenstein, who will issue their Tokyo 2020 stamps in June.

‘Since this [postponement] decision was taken only after all our products had gone to press, we are unfortunately no longer able to stop issuing stamps for the 2020 Summer Olympics. This means that the stamps will nevertheless be issued on 2 June 2020 as announced… For this reason, you will be holding stamps that are quite rare in your hands on 2 June 2020. Stamps in your collection with the date on which the Olympic Games never took place will always remind you later of the memorable year 2020, when a worldwide pandemic went down in history.’

Of course, the term ‘memorable’ may have lost something in translation, and the seriousness of the current pandemic should not be ignored.

Switzerland have released two stamps to celebrate the IIHF Ice Hockey World Championship in Switzerland, which was due to take place in May. Swiss Post have decided to continue with the stamps rather than withdraw them from circulation.

Closer to home, Royal Mail recently confirmed that the London 2020 retail stamp book and the stamp sheet marking the 180th anniversary of the Penny Black, are still available, despite the London 2020 International Stamp Exhibition being postponed until 2022.

Previous examples of stamps being issued prematurely include Portugal’s 2008 four-stamp miniature sheet celebrating the Paris-Dakar Rally. Unfortunately the race was cancelled at late notice due to fears of terrorist attacks in Mauritania.

One recent example of a stamp marking a postponed event is Austria’s Brexit stamp (remember Brexit?)

The stamp shows the original date on which the UK was due to leave the UE, crossed out, with the later date added underneath; a rather impudent addition to Austria’s busy stamp schedule, and a reminder of a time, just a few months ago, before even more pressing issues took hold of the world.