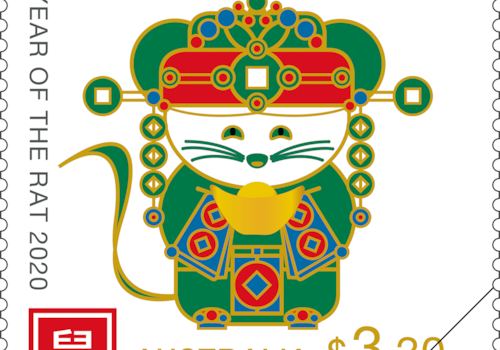 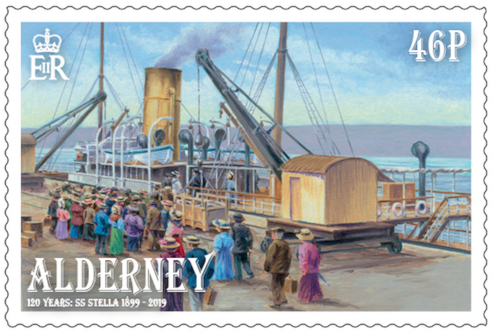 Guernsey Post have produced a special Alderney stamp set commemorating the 120th anniversary of the sinking of the SS Stella, a steamship that hit Les Casquets reef north of Alderney on 30 March 1899, resulting in the loss of 105 lives.

The six stamps feature colourful, dramatic illustrations that tell the story of the sinking as it unfolded, revealing tales of selflessness and heroism.

The SS Stella left Southampton on 30 March 1899 (shown on the 46p stamp), bound for Guernsey on a special Easter voyage. However, the celebratory atmosphere on board (62p value) turned to fear hours later, when the ship approached a patch of thick fog close to Casquets reef. Captain Reeks positioned a lookout on the bow of the ship to listen for the foghorn (63p).

That signal sounded just before 4pm from Casquets lighthouse, but the Stella had no time to stop or change course and in trying to steer away, hit rocks and the reef. The 76p stamp shows passengers being helped onto the lifeboats and days later, it would emerge that senior Stella stewardess Mary Anne Rogers gave up her lifebelt to another passenger and refused a seat in the lifeboat in case she caused it to capsize. She was last seen sinking into the water and her body was never recovered.

The 85p value shows a group of women on board ship kneeling around Reverend Clutterbuck to pray for their lives and the last in the set (94p) shows the Stella sinking while a lifeboat sails away.