Jersey stamps: first wedding anniversary of the Duke and Duchess of Sussex 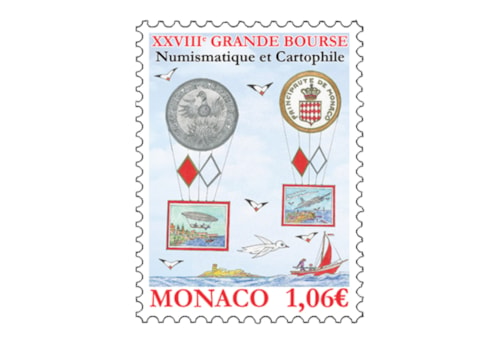 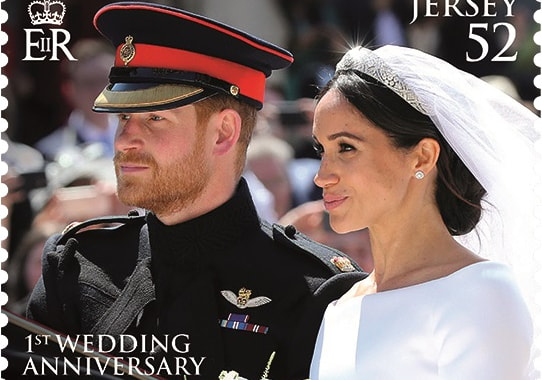 The marriage of Prince Henry of Wales to Ms Meghan Markle took place on 19 May 2018 at St George’s Chapel in Windsor Castle. The wedding was held on a Saturday to enable as many members of the public to watch and join in the royal celebrations. Preferring to be known as Prince Harry, the groom arrived on the day with his brother, Prince William, to await the arrival of his bride. The day was full of smiles and laughter; hundreds of thousands of well-wishers greeted the newly married couple as they left the Chapel and embarked on their journey together.

Six stamps feature photographs of The Duke and Duchess of Sussex, focusing on scenes from notable events which occurred during the first few months of their first year of marriage. On the first stamp (52p), the newly married couple leave St George’s Chapel at Windsor in a horse-drawn open-top carriage for a procession around the town. Next (67p) we see Prince Harry and Meghan make their way to the evening celebrations in an E-Type Jaguar.

The third value (80p)shows the beginning of the couple’s royal engagements as a married couple, as they attend the first day of Royal Ascot, followed by a two-day visit to Ireland, shown at Croke Park on the 85p value.

The final two stamps show the Duke and Duchess watching a flypast for the centenary of the RAF (99p) and a on a visit to Australia in October 2018 (£1.15).

The Miniature Sheet features a photograph of The Duke and Duchess of Sussex as they watched traditional Gaelic sports being played at Croke Park on the second day of their visit to Dublin.