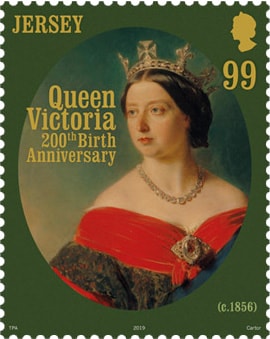 Victoria, daughter of Edward, Duke of Kent and Victoria of Saxe-Coburg-Saalfeld, was born at Kensington Palace on 24th May 1919. She became Queen of England at the age of 18, succeeding her uncle, King William IV on 20th June, 1837; the Coronation took place a year later on 28th June.

In 1840, Queen Victoria married Prince Albert and the first of her nine children were born. She entered a long period of depression having lost her devoted husband and principal trusted adviser in 1857. She withdrew from public appearances and it was many years until she began to resume her public duties.

In 1877, Victoria became Empress of India under the Royal Titles Act and went on to celebrate her Golden and Diamond Jubilees in 1887 and 1897 respectively. She died, aged 81 at, the becoming the longest reigning monarch at the time.