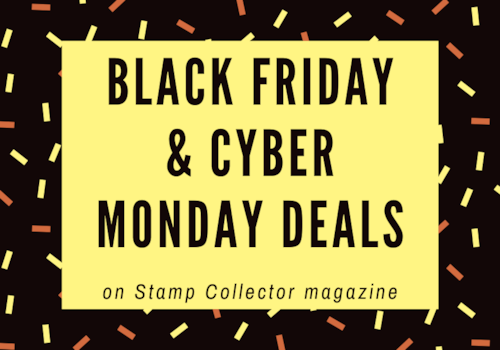 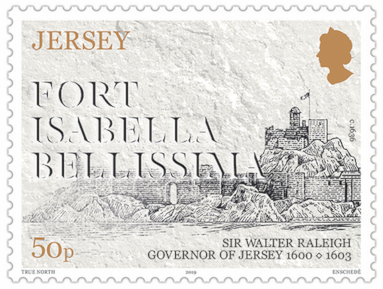 Six stamps and a miniature sheet from Jersey Post reflect various aspects of Sir Walter Raleigh's career and positive impacts that his Governorship had on the island of Jersey, each using illustration combined with words or quotes.

Sir Walter Raleigh was one of the most important figures of the Elizabethan era, with a multi-faceted career that brought him to the island of Jersey as governor from the years 1600 to 1603. Raleigh was born into a well-connected family around the year 1552 at Hayes Barton in Devon.

He studied briefly at Oxford University before joining the French Huguenot army to fight against the Spanish in 1569. A scholar and man of words, Raleigh lodged at the Middle Temple in the heart of London’s legal quarter, during which time his first verses were published.

During his time in Jersey, Raleigh seems to have been very much a ‘hands on’ governor, with his achievements including improving the militia and the island’s defences, fostering trade, and attending sittings of the courts.

The six stamps reflect various aspects Raleigh’s career and positive impacts that his governorship had on the island, with each using illustration combined with words or quotes. The first stamp (50p) shows Fort Isabella Bellissima (Latin for ‘Elizabeth the beautiful’), which Raleigh named after Queen Elizabeth I. Raleigh would have occupied the newly finished Governor’s House.

Next (65p), we see Raleigh in his roles as soldier, sailor, author, poet and adventurer – words shown on this stamp, as if written by a quill pen. The words ‘Whoever commands the sea, commands the trade’, taken from one of Raleigh’s works, takes centre stage on the 76p value, with an Elizabethan sailing ship shown alongside. Jersey’s governor was instrumental in encouraging islanders to go to Newfoundland in Canada to participate in the fish trade, and a Jersey colony settled at Ferryland on the east coast of Newfoundland.

The fourth stamp (82p) carries the quotation ‘When we have wandered all our ways’ from Raleigh’s poem Epitaph. He is credited with bringing tobacco and potatoes back to Britain from the New World and an obelisk (shown on the stamp) was erected at Killua Castle in County Westmeath, Ireland, to mark the position where the explorer planted some of the potatoes that he first imported.

Jersey’s Mont Orgueil features on the 94p value, with the Raleigh quote: ‘Twere a pity to cast it down’, referring to his decision to reject a plan to demolish the 12th-century castle, a course of action that proved popular with the islanders. The final stamp in the set underlines Raleigh’s ties with Jeresy, showing his portrait along with the words: To my verie loving friends the Bailiffe and Justices of Jersey, taken from the opening of a letter he wrote to the royal court in 1601.

The design of the £2 Miniature Sheet features a portrait of Sir Walter Raleigh against an antique map of the world and includes the word, ‘Soldier, Sailor, Poet, Adventurer and Governor of Jersey’ to reflect his multi-faceted career and association to the island of Jersey.