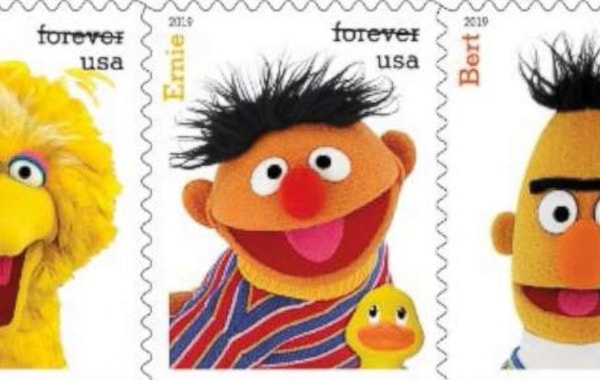 The US Postal Service has issued a set of sixteen new stamps to honour Sesame Street, the influential children’s television show which was first broadcast fifty years ago

Arranged in horizontal rows, the stamps showcase sixteen of the Muppets characters that appear on Sesame Street, namely:

It's not the first time the TV show has been philatelically honoured; Big Bird from Sesame Street previously appeared on a USA stamp in 1999.