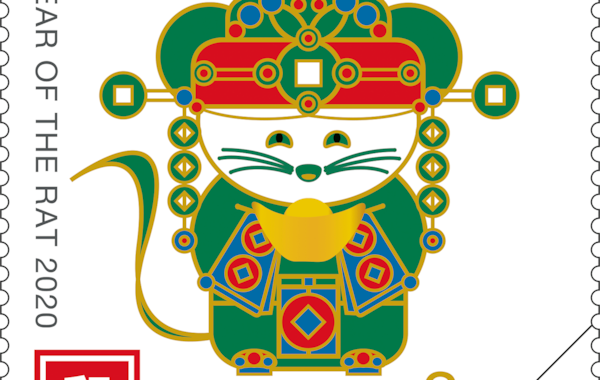 Designer Yan Lin has created a set of colourful commemorative stamps for Australia Post to mark 2020 Year of the Rat.

Issued on behalf of Christmas Island, the stamps feature representations of the Rat based on three characters of traditional Peking Opera, where characters are made up and dressed in flamboyant costumes, and with performances a regular feature during Chinese New Year.

The three stamps are:

Year of the Rat characteristics

A highlight of the stamp issue is the zodiac sheetlet representing stylised representations of each of the animals in the Chinese zodiac. The Calendar sheetlet pack also includes these animals, as well as a round self-adhesive $8 stamp.