The recent Argyll Etkin stamp auction achieved a sale total of over £800,000, and included a wealth of British material, a substantial British Revenue collection, and stamps and covers from China, West Indies and Africa

Eric Kenwright’s collection of the 1890 GB Penny Post Jubilee attracted global attention with two hand-painted essays of a proposed stamp issue formerly held in the De La Rue archives, sold for £4,050 and £4,160, respectively. In the event, the proposed stamp issue was abandoned in December 1889 due to cost. 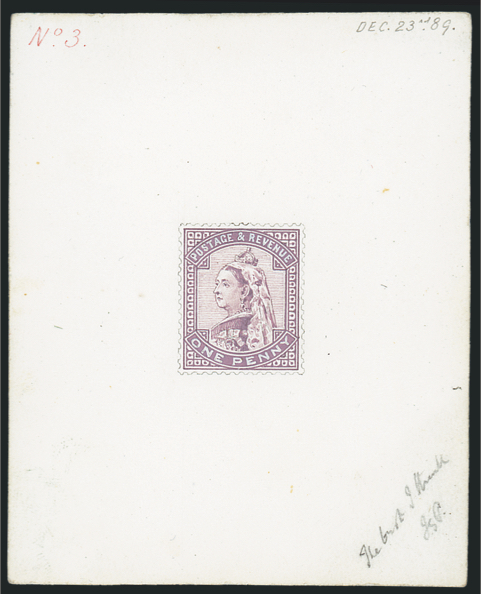 The China material on offer included the 1951 Gate of Heavenly Peace issue, which sold for £3,200, and the 1962 Art of Mei Lan-fang Miniature Sheet which reached £7,500. The well known 1968 'The Whole Country is Red' 8f used (shown below), sold for £21,400. This stamp was only on sale for two days in Canton before it was withdrawn from sale due to geographical errors in the design and the Island of Taiwan being left white. 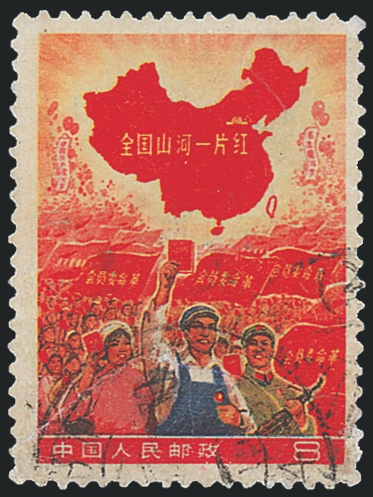 Letters signed by Admiral Nelson were keenly sought with an entire letter from Antigua in 1786 being knocked down for £7,400.

A 1798 Letter written from Egypt after the Battle of the Nile reached £8,500 and a letter written by Nelson’s secretary from Palermo regarding supplies to the fleet at Malta and signed by the Admiral with the rare short-lived ‘Bronte Nelson of the Nile’ made £5,500.

The next Argyll Etkin sale is set to take place in Spring 2019.