The 'Blanic' Collection of Nyasaland and Rhodesia recently went under the hammer at Spink, featuring an array of rare stamps and covers from the former colonial territories in central Africa.

Amongst the highlights of the sale was an unused £25 black and green stamp from the Nyasaland 1896 Arms Issue. The stamp was described as having large part original gum, fairly well-centred and of lovely vibrant colour and was said to be 'a very fine example of this exceptionally rare and desirable high value denomination.' 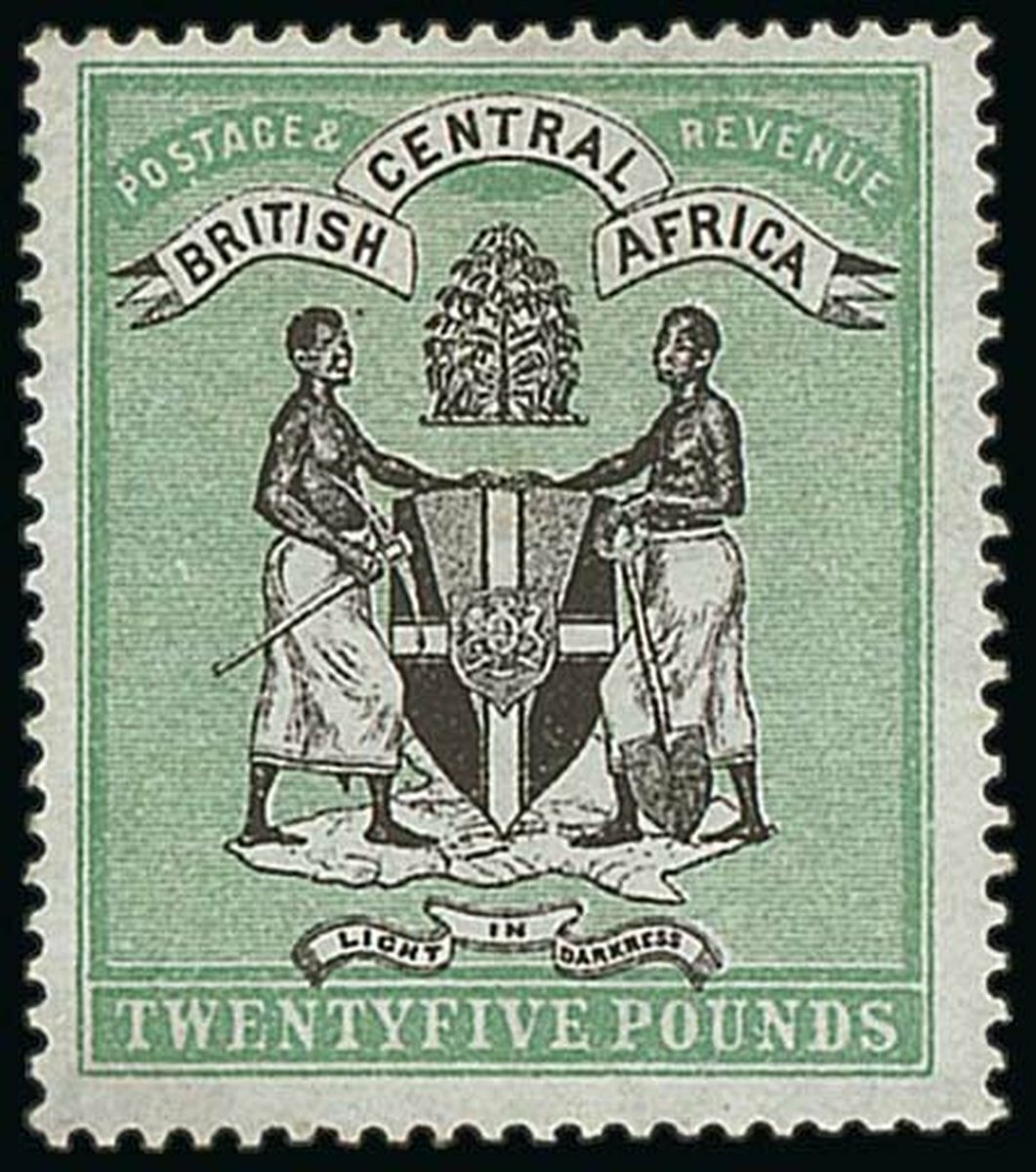 Examples of the 1898 Provisional 'Cheque' stamp issue were also on offer, including a beautiful single stamp – one of only fifteen to exist – which is described as being 'one of the major rarities of British Central Africa philately'.

The unusual stamp design was created after a case of stamps went missing on its long journey to British Central Africa, only arriving a year later, leaving the Postmaster to improvise. Read more about the 'Cheque' stamp issue in our stamp guide. 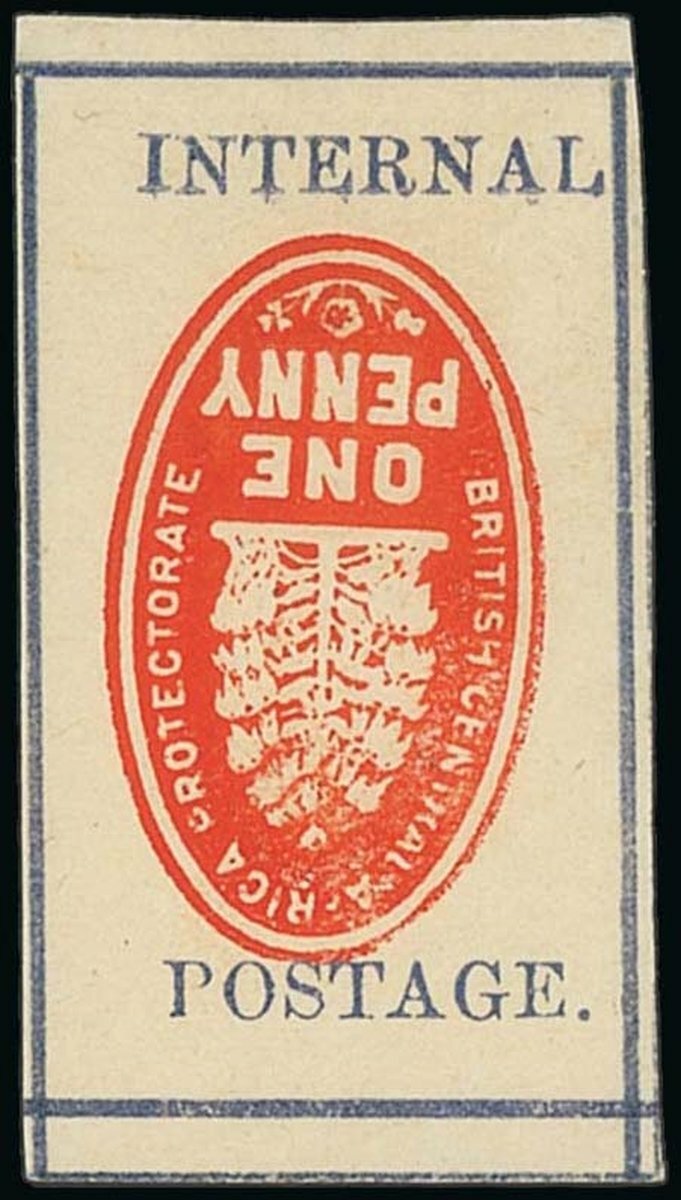 Another appealing variety of the 1898 Provisional 'Cheque' issue was a corner pair from the lower left of the sheet, with the centre omitted. 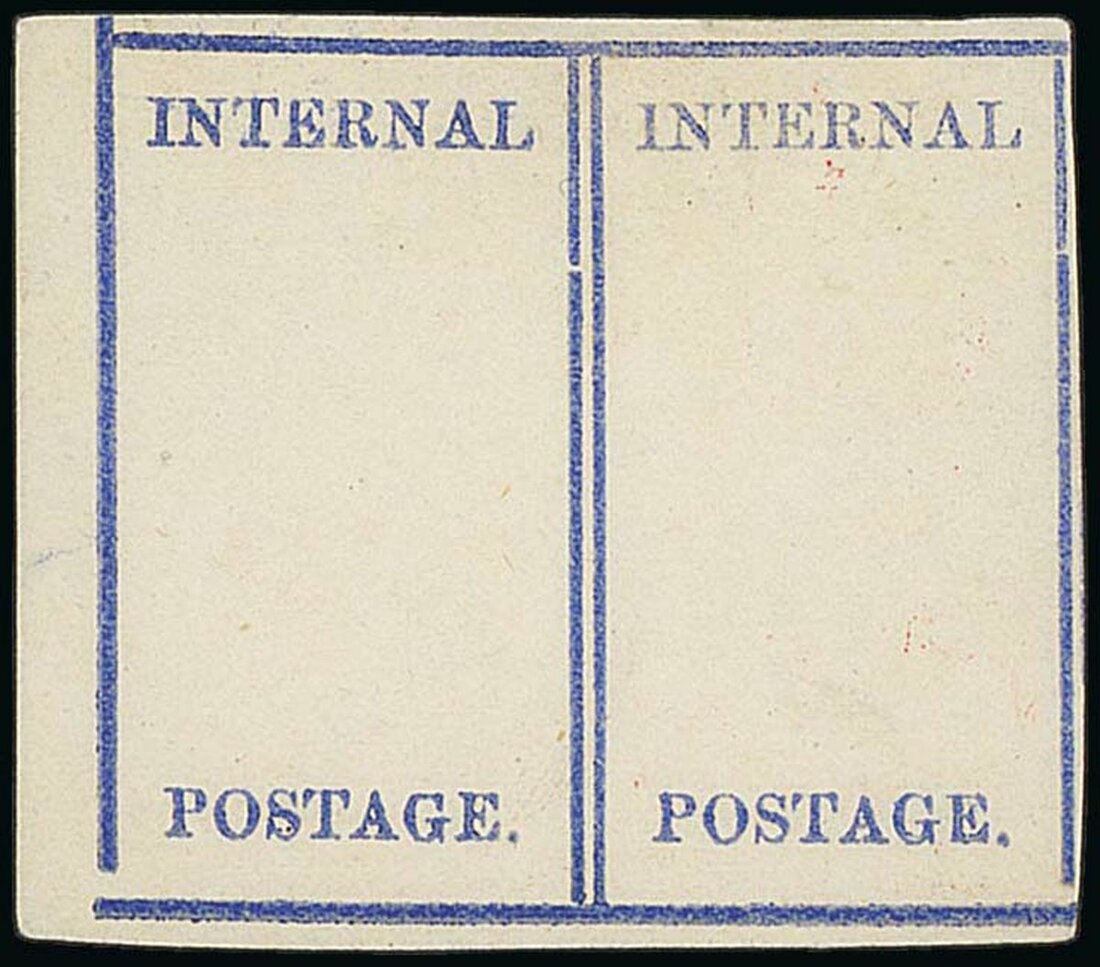 A Nyasaland £10 purple and ultramarine stamp from the 1908-11 issue fetched an impressive £7,000. The stamp featured large part original gum, and was described as being 'an important Key Type high denomination.' 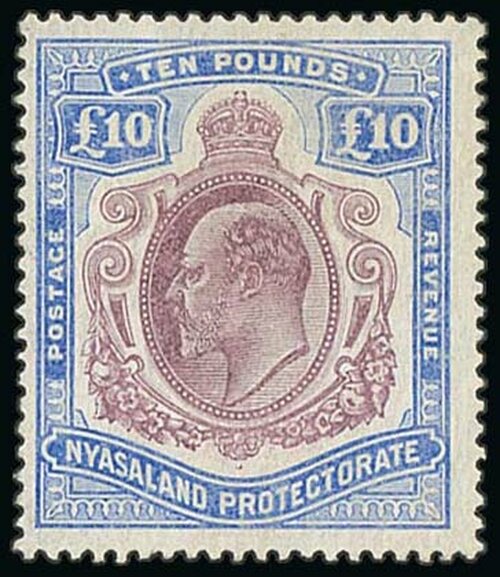