In our latest guide to the stamp collecting market, we pick out five beautiful Victorian stamps which have gone under the hammer in recent weeks

The recent Spink auction of 'India used in the Straits Settlements, The Tan Ah Ee Collection - Part 1' included a beautiful cover (pictured below) featuring two stamps from the 1854 Lithograph Issue of India. Sent from Singapore on 24 September 1855, the entire to Hamburg was marked 'Via Trieste', and featured a 4a. blue and red fourth printing pair with good to large margins, both neatly cancelled by diamond of hollow dots. On the reverse of the cover was a clear arrival datestamp, showing that the letter arrived on 3 November. 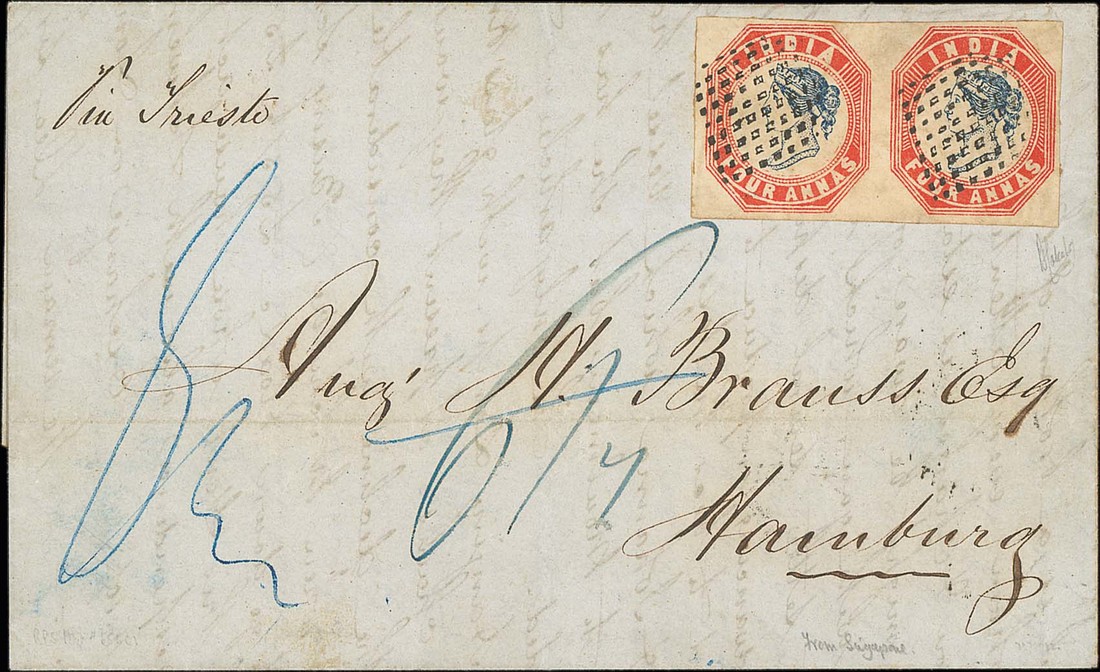 The recent sale at Cherrystone Philatelic Auctioneers featured a lovely Canadian 1851 12p black, with nice margins all around. The lot was of particular interest as it was a specimen, with the word 'Specimen' printed vertically down the right-hand side of the stamp. The stamp was described as having a 'small adhesion at top and very light stains, otherwise v.f. and rare'. 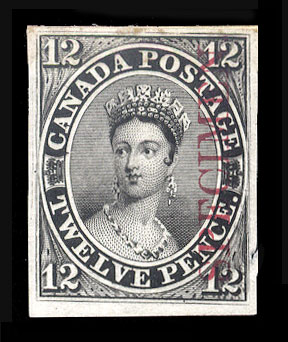 Harmers International recently offered a range of GB material amongst its USA lots, including an 1880, Queen Victoria, 4d grey-brown, from plate 17 and featuring a large garter watermark. The stamp was described as having ‘brilliant colour’ and being ‘a splendid stamp’. 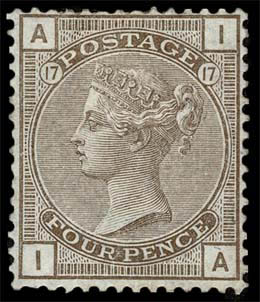 Stanley Gibbons recently sold a 5s plate 2 die proof, cut to size with corner letters and plate numbers void, mounted and endorsed 'May 22nd’ and ‘no 2.294’, whcih was described as ‘superb and unique’ and originated form the De La Rue Archives. 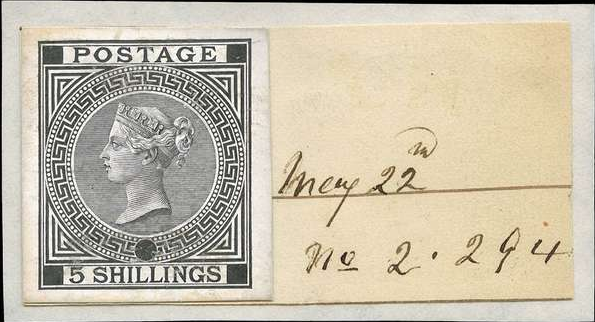 An Inland Revenue official from 1890 was recently sold at HR Harmers. The overprinted 5s rose was described as ‘unused (regummed), a few hard to see faults, very fine appearance’. 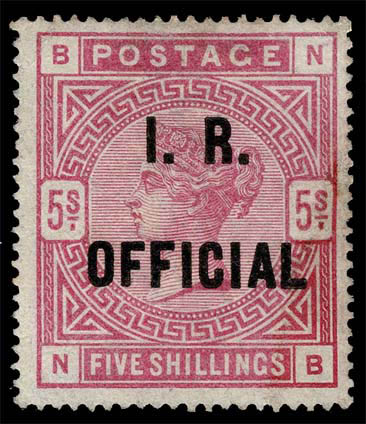