US stamp sheets go under hammer The New Amsterdam Collection of United States Sheets was recently sold by Cherrystone Auction galleries, with a selection of rare sheets on offer

The highlight of the New Amsterdam Collection of United States Sheets sale at the Cherrystone Auction Galleries was an 1898 $1 black complete right pane of fifty (shown below), which SOLD FOR £74,309.

The sheet included top and bottom imprint and plate No. 606 blocks of six. According to the auction house, there are only three complete panes of this stamp known, and it was described as ‘a spectacular classic rarity whose design is considered by many to be the most beautiful ever produced for a U.S. Postage Stamp. 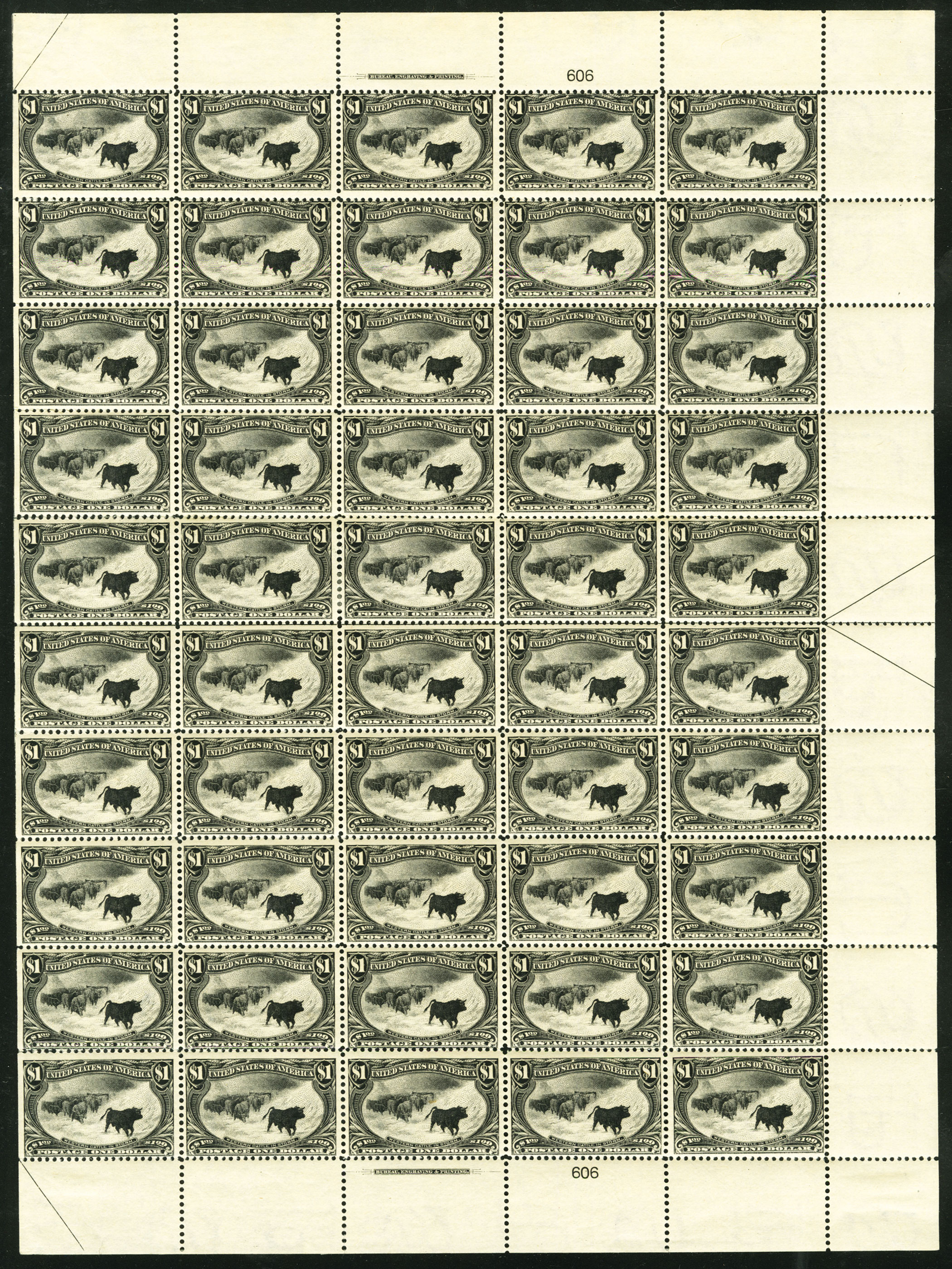 A United States 1901 Pan-American Exposition 1c to 10c complete set in sheets of 100, 1c and 10c tops, others bottom positions was also on offer. 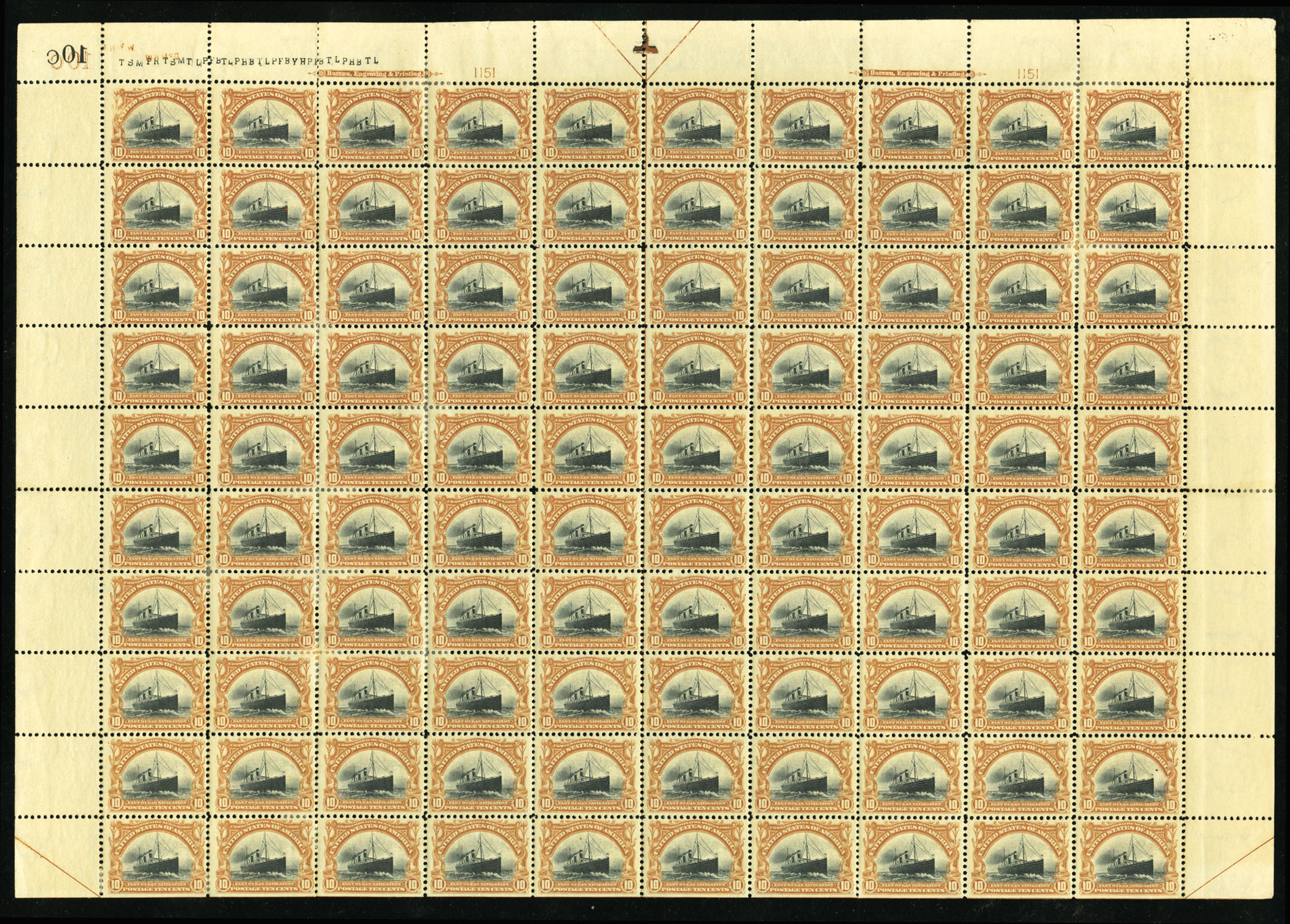 Also in the sale was a complete set of sheets of the 1929 1c-10c USA stamps, with Kansas, Nebraska overprints. The lot was said to be 'a very rare set of one of the finest quality surviving sets of the Kansas-Nebraska sheets. With the demand for choice Kansas-Nebraska singles, sets and Plate Blocks, opportunities to acquire a complete set of sheets in the future will be rather difficult. SOLD FOR £22,683.

The last recorded auction realisation was in a Siegel Rarity Sale in 2006, with $47,500 hammer. 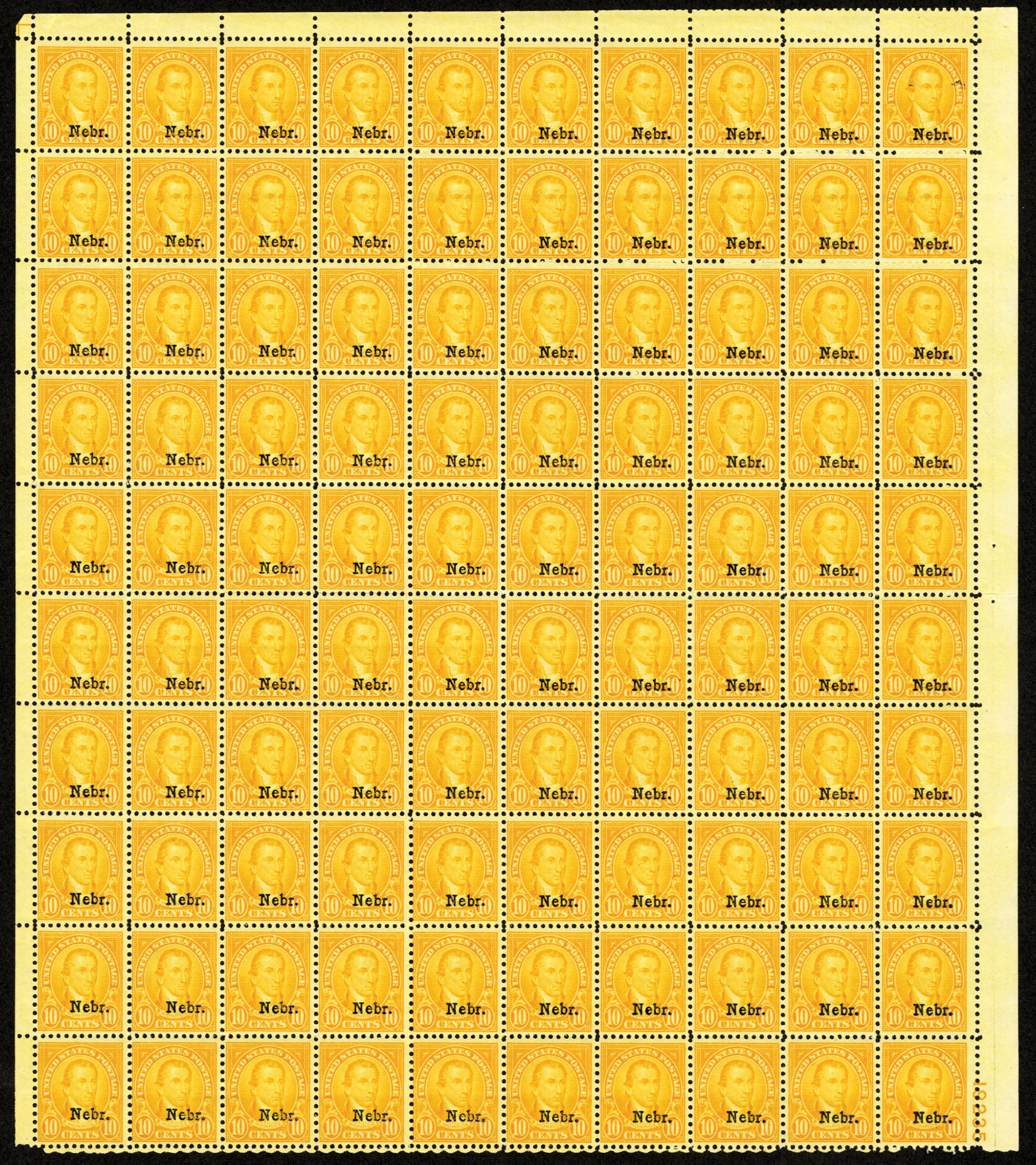 Anther impressive lot was sheet of 70 United States 1913-15 Panama-Pacific Exposition 10c orange stamps (1914) with perforations 10, described as 'incredibly fresh, clipped corner of the selvage at upper right and staple holes in right margin at middle, fresh and fine-v.f., rare sheet, one of perhaps only two known.
SOLD FOR £44,975 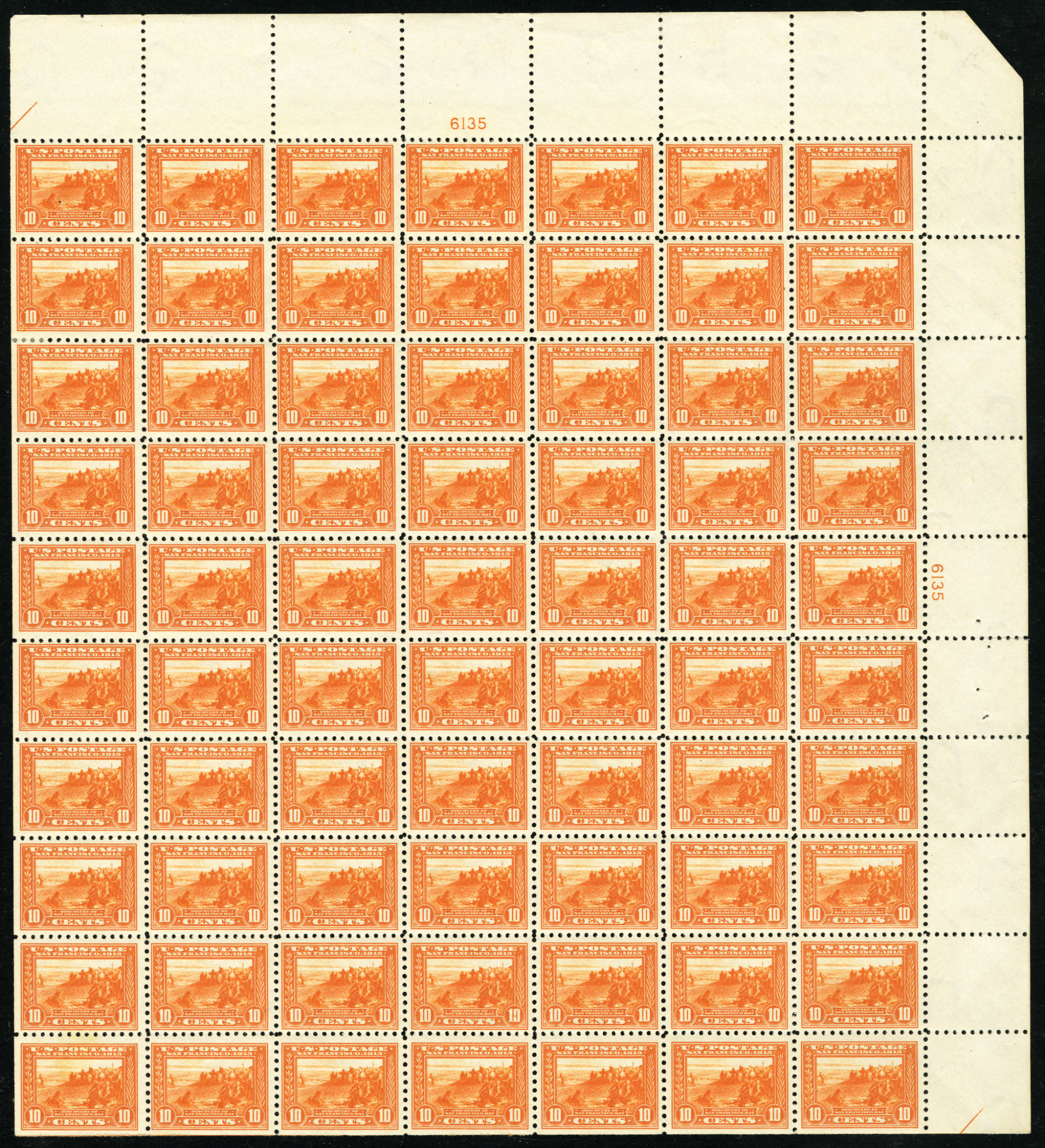