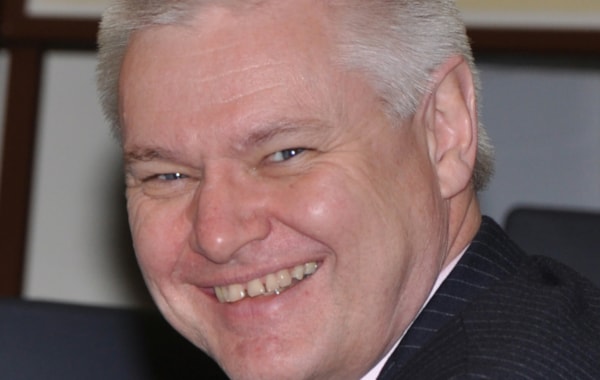 We recently spoke to Frank Walton, Chairman of the London 2020 international stamp exhibition, which will be held at the at the Business Design Centre in Islington from 2 to 9 May

How did you become involved in organised philately?
In 1985 I was just starting to turn a ‘Part 1’ level collection of Sierra Leone into something more serious. I made contact with the West Africa Study Circle, and I became enthralled with the fact that there were many like-minded souls out there who shared an advance passion for philately. A few years later I took over as editor of Cameo, the journal of the West Africa Study Circle, and that in turn led to me becoming editor of The London Philatelist for the Royal Philatelic Society London. It was have a weekly interaction at the Royal that introduced me to exhibiting and the international aspects of the hobby.

How did you initially become involved in the London 2020 exhibition?
I was on the organising committee of London 2010, and then Commissioner General of London 2015. The lead time for the major London exhibitions is very long, and it was in 2016 that I was first asked to be chairman of the London 2020 show. Initially I was reluctant to do so in isolation as I felt that all parties in British philately needed to work together from the outset. Several meetings were held with key members of the Philatelic Traders’ Society (PTS), and it very quickly became apparent that there was a strong appetite for another major international in London.

What aspect of the London 2020 international exhibition are you most looking forward to?

The dealers’ bourse is a huge attraction for many collectors – including me of course! However, what we will get in London 2020 is a rare chance to attend a truly international event on our own doorstep. It is this international perspective that makes every FIP show stand out from other stamp fairs in the UK. So far over sixty countries have appointed commissioners for the exhibition, so it will be very well supported from every corner of the planet.

What can stamp collectors expect from a visit to the London 2020 show?
As well as the opportunity to find new material in dealers’ stock, there will be over 2,700 frames of high quality exhibits from twelve different competitive classes to study.

Will London 2020 also cater for newcomers to the hobby or those with a passing interest?
Stamp Active will be having a large booth at the show, and we are hoping to work with them to arrange sessions for beginners of all ages, not just youth!

How can readers help spread the word about the exhibition?
There is a facility on the www.london2020.co home page to subscribe to email newsletters from the organising committee. These are completely free, and will keep everyone up to date with the latest developments. Your readers can help promote the exhibition by encouraging their philatelic friends to also subscribe to the updates.

Stamp Collector magazine will be publishing the official catalogue of the event, how did this arrangement come about?
I’m always keen to find ways of making arrangements that work for everyone. In previous London shows we’ve ended up with two catalogues – one produced by the organising committee and the other by Stamp Collector under its previous brand of Stamp & Coin Mart. This seemed rather wasteful to me, so when I had chance to chat to Matt Hill, a mutually beneficial deal was struck for Stamp Collector to work closely with the organisers to produce the show guide.