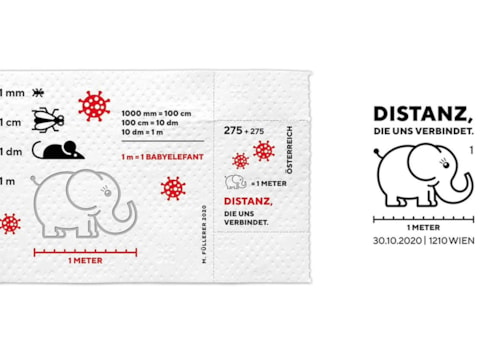 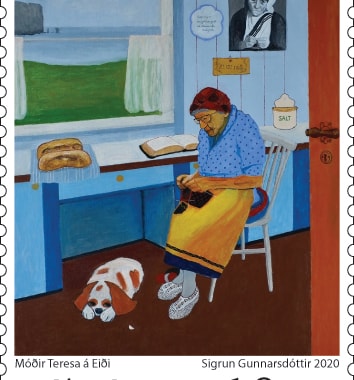 The artist Sigrun Gunnarsdóttir was born in 1950 in the village of Eiði in the Faroe Islands. This is where she grew up and where her interest in the visual  arts began in childhood. In Eiði, she has also developed her own highly distinctive artistic universe as a professional artist.

Sigrun Gunnarsdóttir’s work deals with the lives of ordinary human beings, and in this context the bread can simply represent something as basic as the need for spiritual food common to all human beings.

She has painted several different versions of them for almost two decades. Here, Sigrun has painted her mother and grandmother, but the precise and simple expression indicates that the motif is also of general human significance - a portrayal of an archetype which resonates all over the world. The wise and caring mother, steeled by the struggles of life, is confident in her belief of a greater meaning and context in life.

The stamps feature the mother portraits: ”Mother Teresa in Eiði” and ”Bread which satiates hunger“, respectively.