Since becoming an independent postal administration in 1969, the same year it began designing and producing its own postal stamps, Guernsey Post has developed a reputation for producing a diverse range of stamps, which are renowned for their quality and enjoyed by collectors worldwide.

Each year, Guernsey’s philatelic bureau produces an annual stamp programme, which typically comprises 12 Guernsey and Alderney issues. A rich variety of subjects is always the key feature; from maritime and the natural world to agriculture and horticulture; from cars and transport to Royalty; and from sport and the arts to our maritime and military heritage.

Despite the on-going challenges of the global pandemic, their philatelic bureau remains focused on delivering high quality stamp products, which are intended to surprise and delight our collectors from all corners of the globe.

Guernsey Post are very proud and excited about the release of their next stamp issues, which cover a diverse range of topics: 21st July sees the launch of stamps to commemorate the 80th anniversary of the Battle of Britain; we celebrate Rupert Bear’s 100th birthday; and, in a joint issue with SEPAC, they are also releasing six stamps depicting the work of Guernsey artists for their Artwork Collection set. 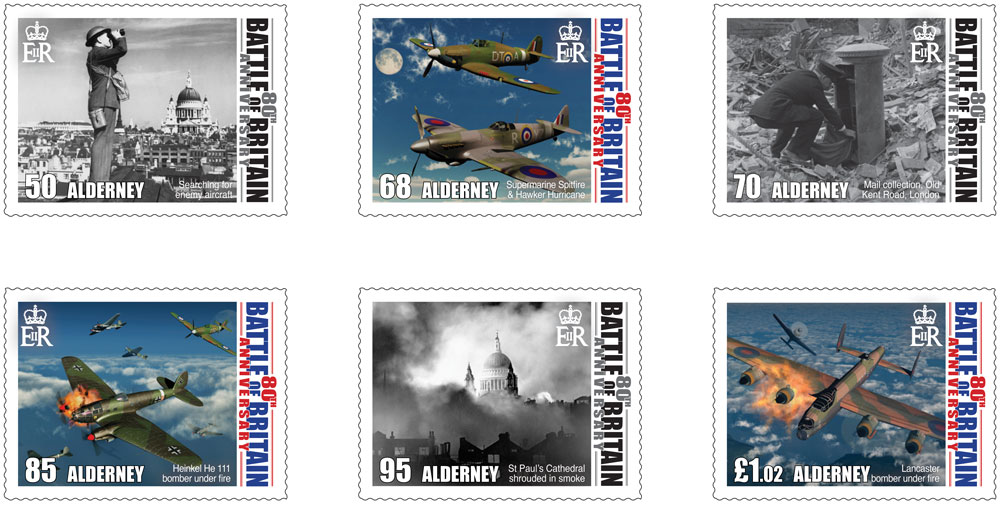 This year, we're commemorating the 80th anniversary of the Battle of Britain, a major air campaign that took place during the Second World War major, with six Alderney stamps depicting iconic scenes and aircraft.

The first battle in history to be waged almost exclusively in the air, the Battle of Britain took place over southern England in the summer and autumn of 1940. Following the evacuation of the British Expeditionary Force from Dunkirk and the fall of France, Germany planned to gain air supremacy in preparation for an invasion of Great Britain.

Flying iconic aircraft including the Supermarine Spitfire and Hawker Hurricane (seen on our 68 pence stamp), the pilots of RAF Fighter Command were supported by a vast network of ground crew during the battle. The Luftwaffe (70 pence stamp), was eventually defeated by Fighter Command, forcing Adolf Hitler to abandon his invasion plans. 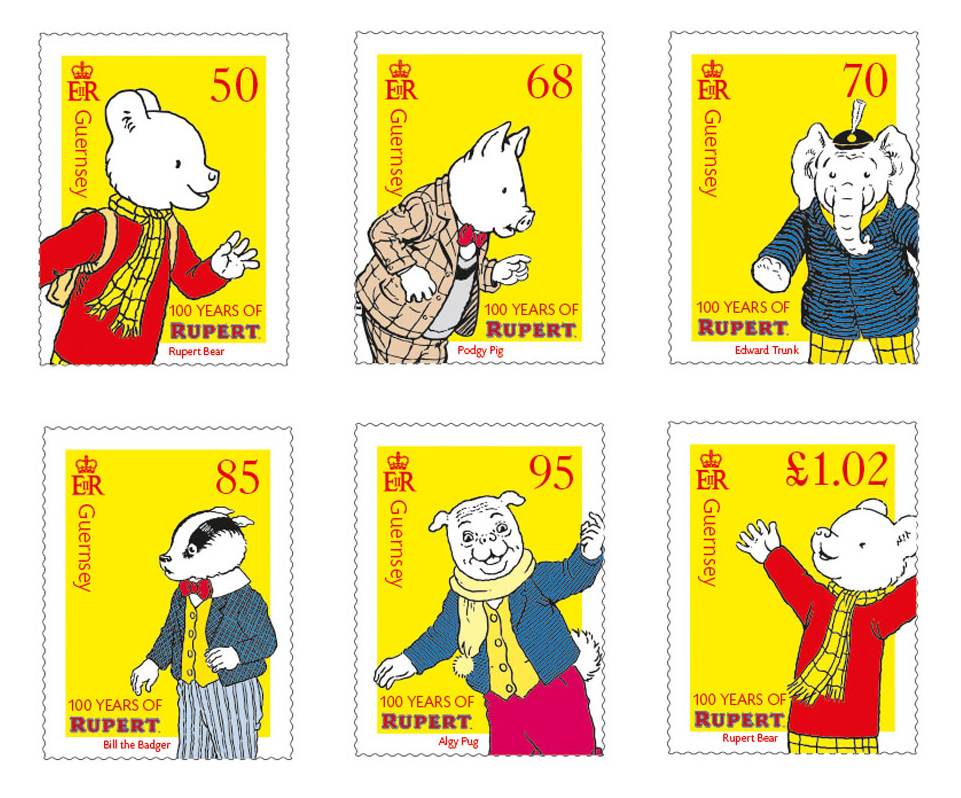 Rupert Bear first appeared in the Daily Express newspaper on 8 November 1920, in a bid to rival the Daily Mail’s Teddy Tail cartoons. Originally created by artist and illustrator Mary Tourtel, who was married to Guernseyman Herbert Tourtel, it wasn’t long before Rupert, with his checked yellow trousers, scarf and red jersey, became the nation’s favourite.

Following previous stamp issues depicting Rupert Bear and friends, we are thrilled to celebrate the 100th birthday of this much-loved character, who continues to captivate younger readers - and more recently TV audiences – around the world today.

These delightful Guernsey stamps depict the loveable Rupert (50 pence and £1.02 stamps), along with his closest friends: 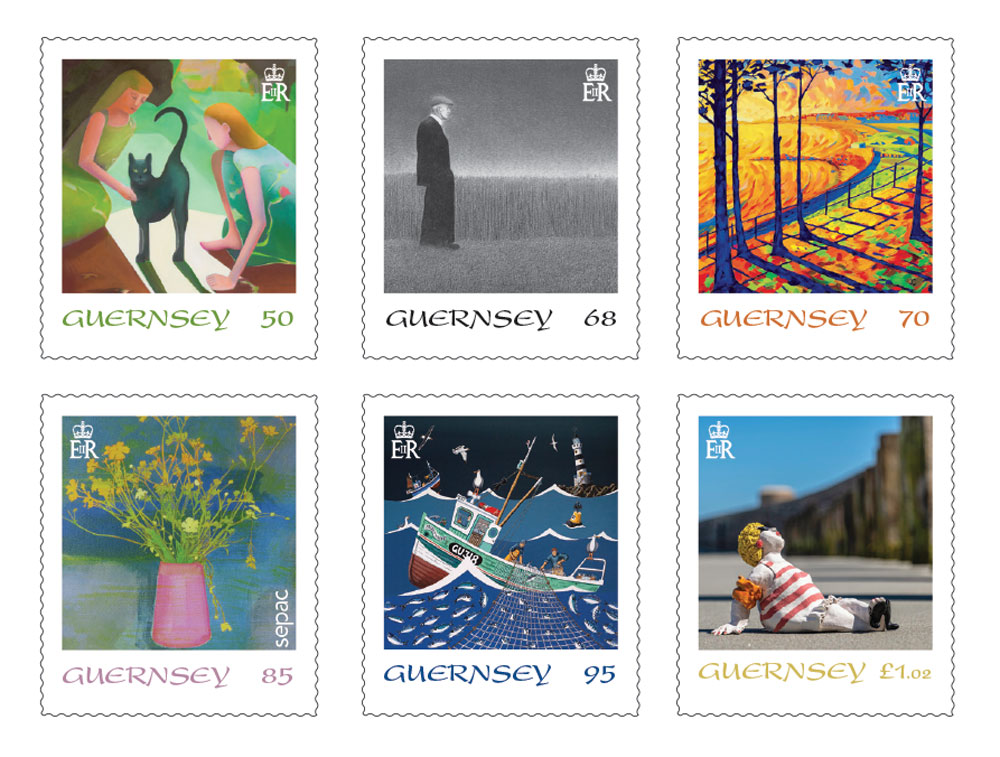 Completing the July stamp issues is a set of six stamps depicting some of the wonderful work of Guernsey artists.

Featuring a range of artistic styles and themes, Artwork Collection includes a stamp bearing the logo of SEPAC, the Small European Postal Administration Co-Operation, and forms part of a joint stamp issue entitled Art in the National Collection.

As Guernsey doesn’t have its own National Gallery, we have chosen to celebrate the island’s vibrant arts community by showcasing local artists’ work across the stamps. The set was prepared with the assistance of Guernsey Arts Commission (GAC), which supports the island’s arts community.

For full details of the July stamp issues, along with past and future stamps, please visit or website www.guernseystamps.com